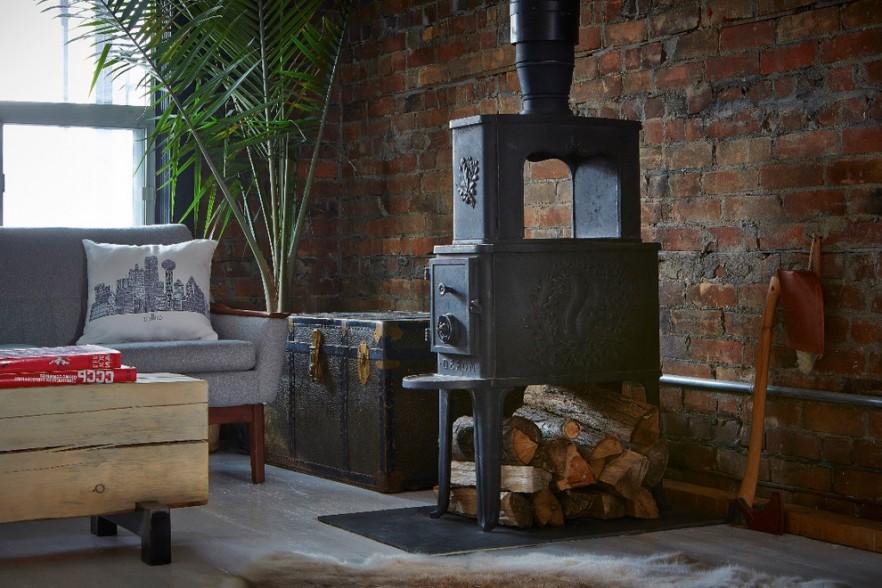 The first thing that Andrew did back then in 2011 when he got the keys from his new home, is to remove the old plaster on the walls. Thus he reveal the original brick and the space become more industrial and loft-like look. Every single element that you can find in the loft has its own story: for example, Andrew’s friend Adam Wheller created the coffee table, also called “The Crawler”. The table of spruce dried in kiln and on the top, it is finished with lye bleach. Among the furniture we also see and another’s friend army trunk from the World War II that was founded in the walls of some neighborhood loft. 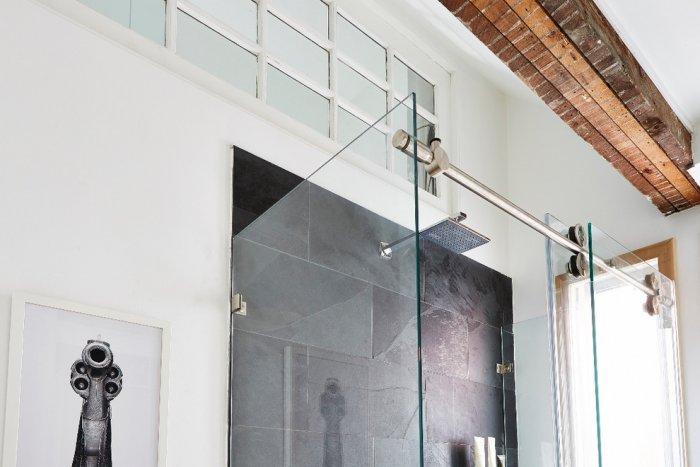 We have noticed that the owners of the loft clad in painted black and rough-cut planks, the ductwork which interrupted the living and dining room, on which walls is exposed brick on the whole length. 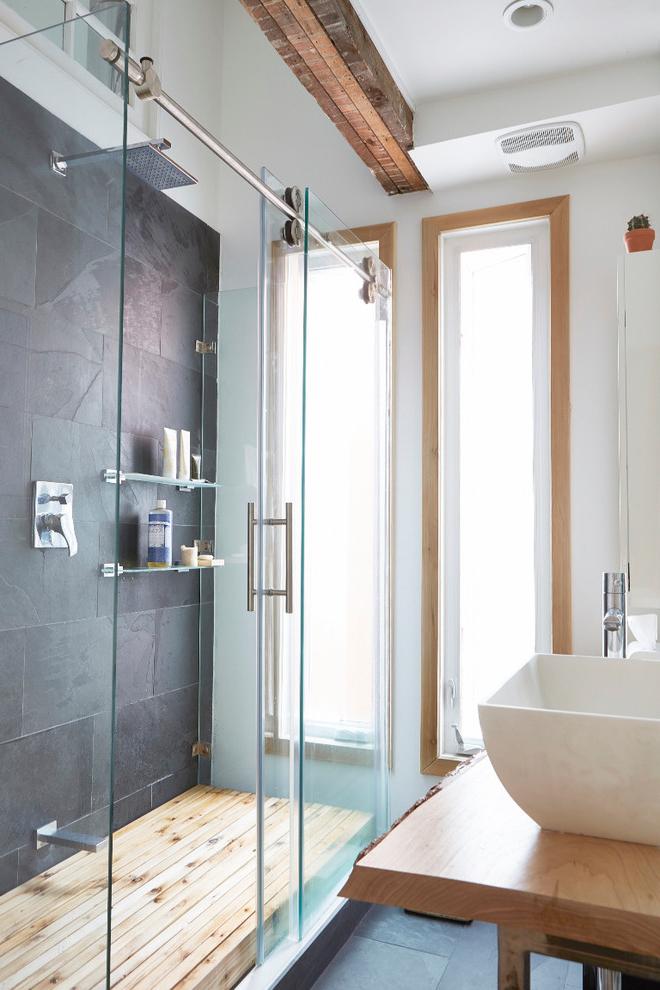 The antique woodstove is bought when Andrew traveled to Milford. It is a great option instead of the traditional fireplace. It support the stripped aesthetic in this home. The whole house is heated because there is exposed chimney that runs through the second floor.

Andrew has a very different way of thinking, that’s why we found here very different interior design. We love the dining area that is very simple and perfectly composed. The chairs Andrew took from the Sears break room. He love the idea that some workers have lunched on these chairs before decades. 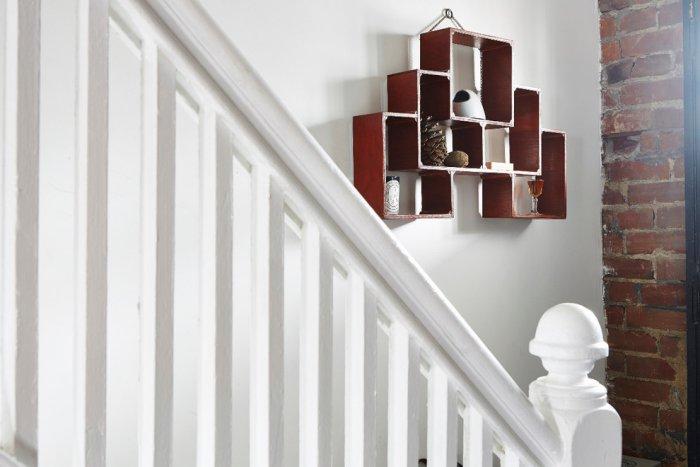 For the guest’s guidance, the owner extended the space between the entry to the closet. One of his challenges were how to transform the basement access. Finally he decided to keep the staircase and turned the original entry into a closet one. For more flexibility, he installed also a trapdoor so he can get to the basement. 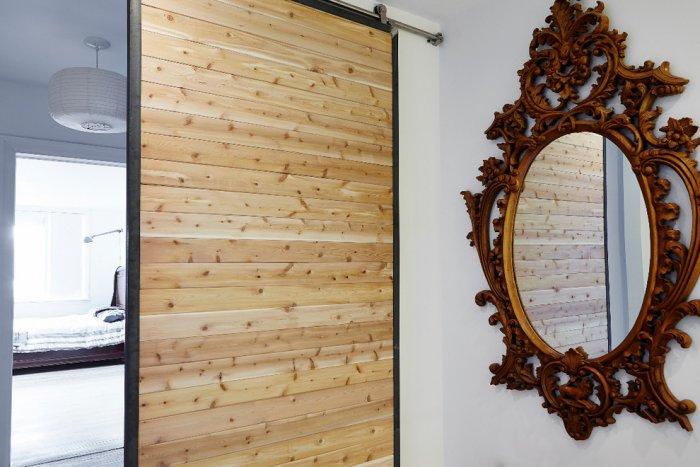 To visually connect all parts of the house, Andrew clear-up the stairs above the landing. His idea was to see the living room when he is going upstairs to the second floor. The sliding doors were very smart decision as they conceal the dryer, washer, and refrigerator. 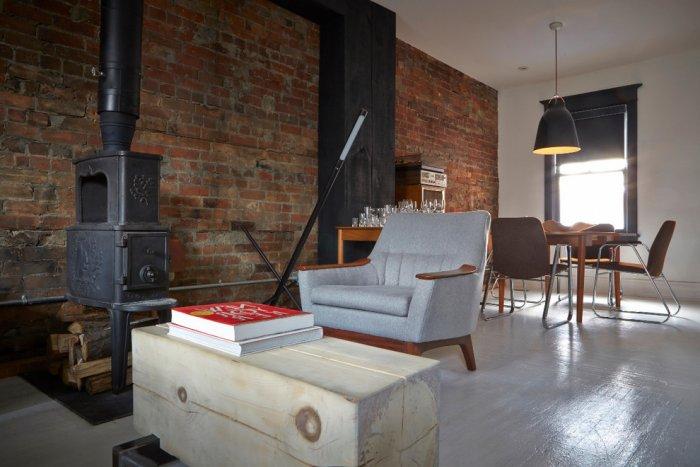 Here we see the black painted interior window again, paired with long pendants. Here is from the bedroom side. We also see again the chimney that runs through this room as well.

During the revealing of the second floor, Andrew and his contractor found the original joists and beams. The stairs from the landing to the second floor was built with cold-rolled steel supports and oak threads. The cold-air is returned thanks to the floor grate and the railing. 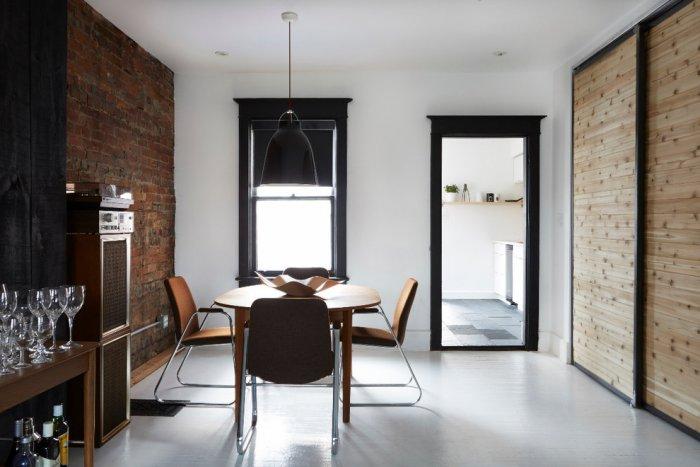 The bathroom is the Andrew’s masterpiece, made by live-edge red elm plank. He transform it in an “aquarium” glass shower and for that he used different clever combinations of shower systems.

Because Andrew wanted to use every single free spaces for a unordinary openings that will unite the home, he created in his bedroom a loft space, which peeks over the stairwell. 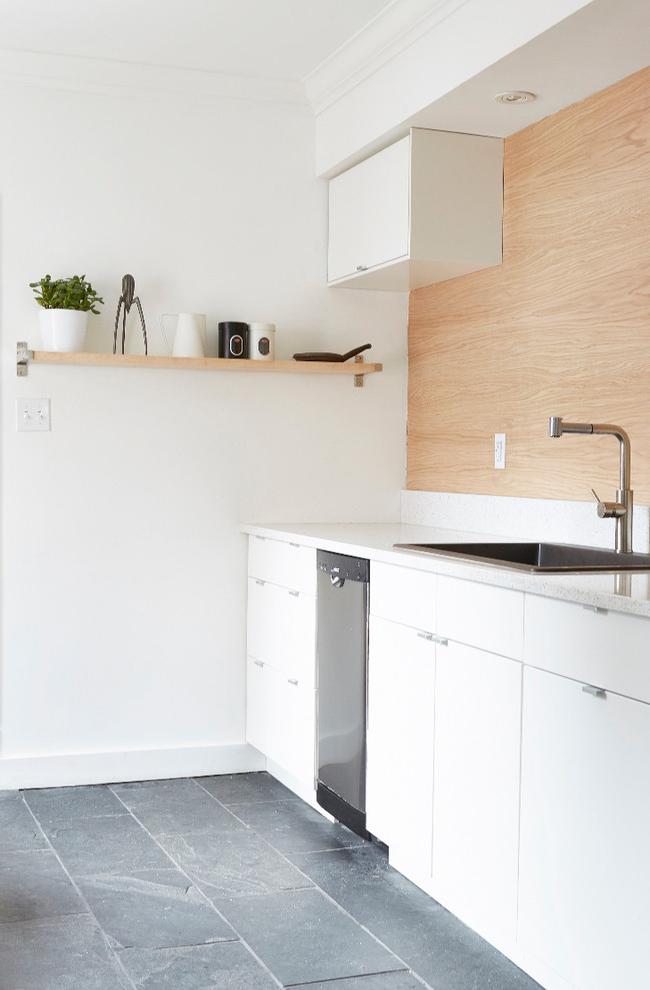 When you enter in the walk-through closet it leads to the Andrew’s bedroom. The sliding doors are very innovative and are made by Wheller from groove cedar board and welded angle iron andtongue.

For Andrew we can add that from a couple blocks from his home is the creative incubator in Toronto’s West End where he swings from a beam in inducing photography studio. 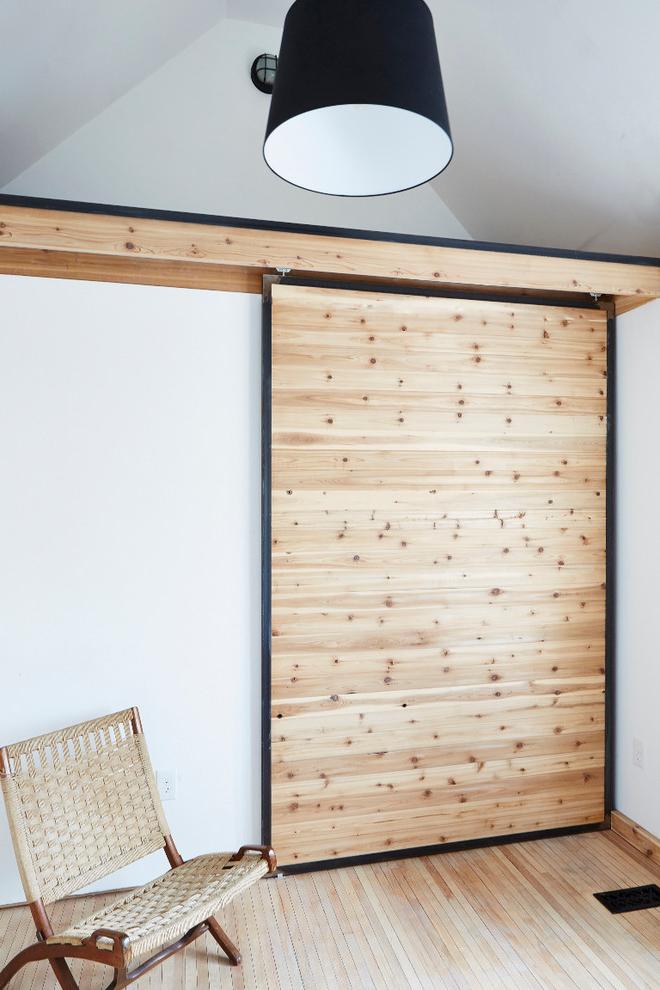