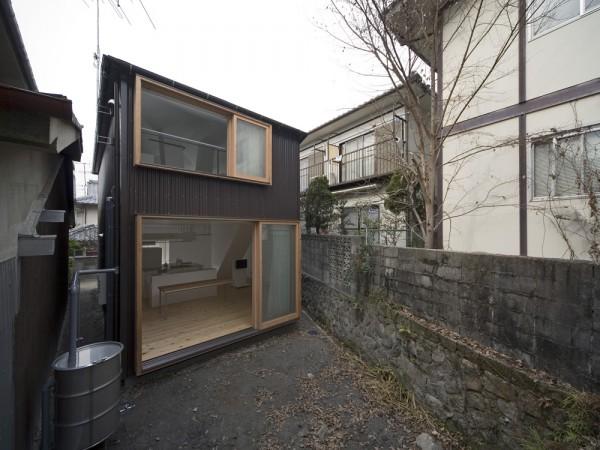 The most personal place in our house is the bedroom. In Japan, however, for centuries there was no separate room for sleep and, in some homes, this is also true today. Because of that the Japanese Light Well House is even more interesting in the context of interaction between local traditions and foreign influences.

The project combines innovative ideas and centuries of architectural and interior experience. The two-storey house is built in Kyoto on 45.5 square meters only. The young architect Keiichi Hayashi binds past and present in an interior dominated by clean lines. The rooms are entirely open-plan with no walls, no partitions, nor separate rooms as the same was typical for Japan a century ago. Five inclined bearing beams ensure stability of the building The kitchen and the living room are situated on the first level, while the bedroom and the bathroom – on the second level.

From aesthetic point of view, the traditional Japanese house is built for sitting, not standing people. Doors, windows and niches are placed in a way that allows for the works of art in the house as well as the garden to be visible from a seated position. This is taken into consideration in the Light Well House. Large windows start from the floor or slightly higher. The sunshine freely reaches every corner, and the hatches along the bearing beams additionally provide natural light on the second floor.

The bedroom is interesting as an interior solution and as a change of its traditional role in the Japanese home. Even today. In the country of the rising sun, there are people who sleep on the floor. Before going to bed, they spread out a special mattress (Shiki button) and a quilt (Kake button) which they put away into a special chest in the morning. Nevertheless, Keiichi uses the entire second floor for a bedroom, and defends its position as a place for privacy. At the same time, he presents it as a no secret room which is open-plan as is the entire house. The usual for the European furniture is missing; there are no wardrobes, no chests of drawers, and no cupboards. The furniture consists of a bed, some shelves on the walls, and minimalist pipes used for hanging a curtain to separate the bathroom temporarily. The simple interior design in predominantly white color provides a sense of spaciousness on the forty five square meters. 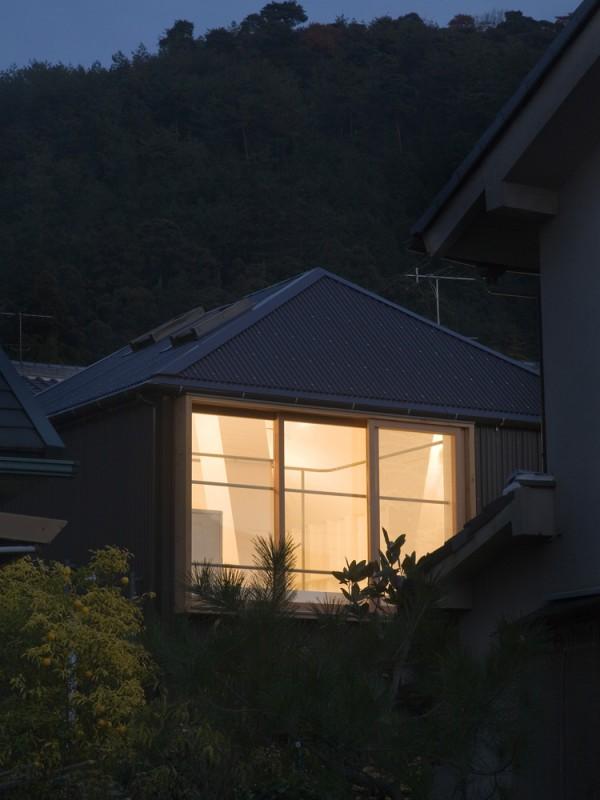 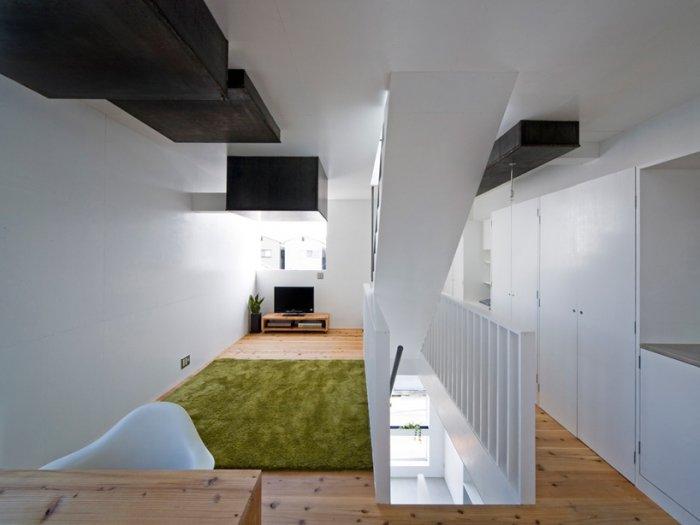 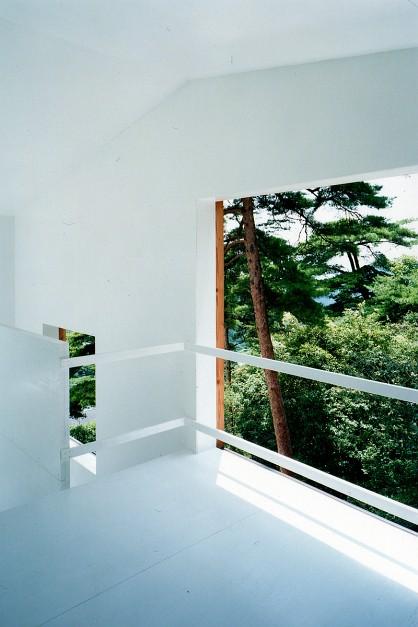 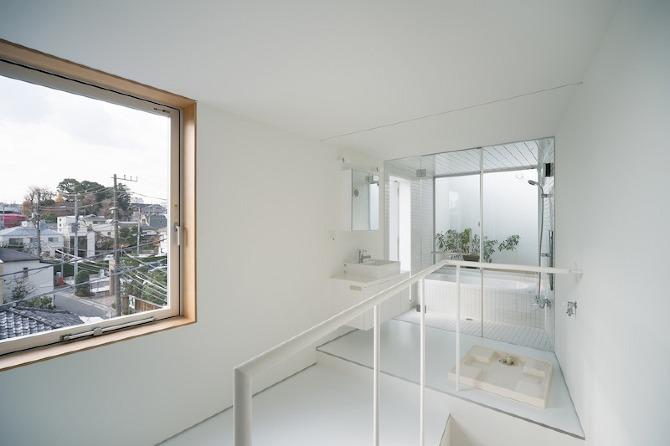 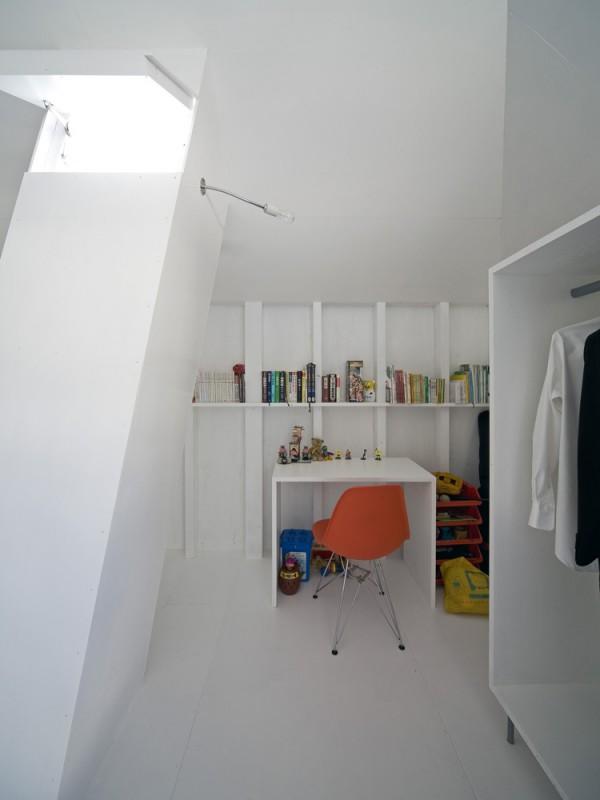 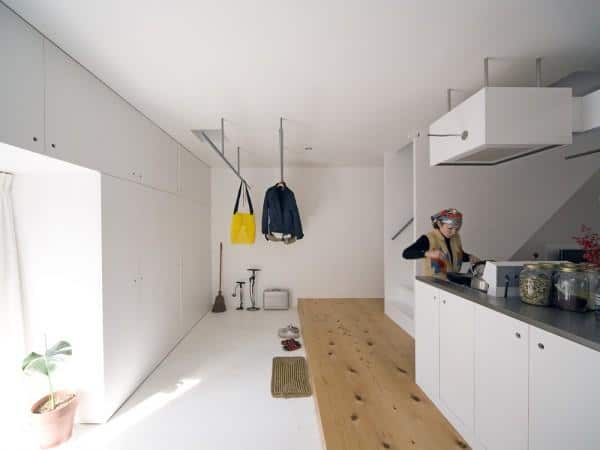 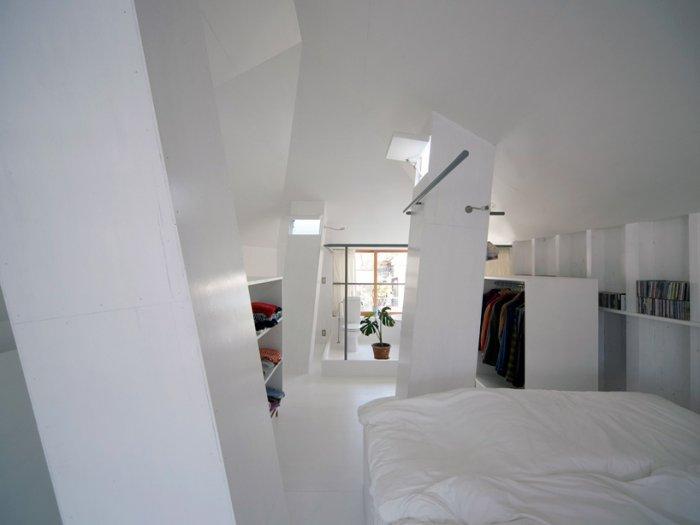 Guide to planning a trip to Australia

The range hood is usually the starting point for any kitchen remodeling plan. Interior designer ...

The rustic ambiance of luxurious log homes and its connection to Mother Nature are just some re ...