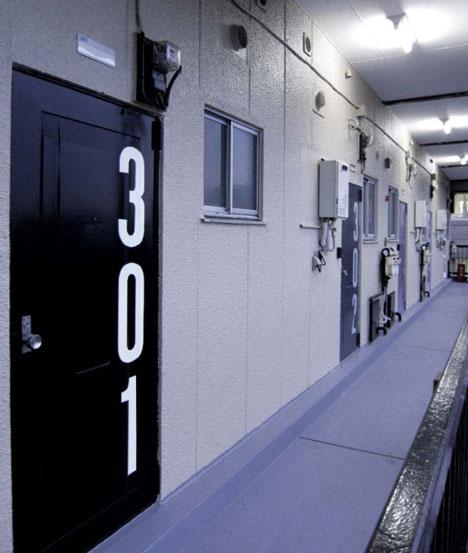 The materials used in the interior determine to a very great extent its appearance and character. The architects from Sugawaradaisuke illustrated this with their project called Cell + wood/fabric. To accomplish this experiment they chose two completely identical apartments on different floors in a thirty-year old building in central Tokyo.

The two places were completely identical. The only difference is that one of them was made with triangular wooden slates, while the other one with immaterial textile canvas. This, however, affected dramatically the end result and the apartments look quite different. The additional partition walls in the first apartment are solid and have clearly outlined edges, while those in the second one are light and airy as if drifting in space allowing both air and light to go through them.

To make both places comfortable enough to live in, the spaces without doors and partitions have been ingeniously divided with several artistically entwined cloths made from wood and textile respectively and thus forming a kind of a cage. In this way both apartments end up with three separate living areas – a place for keeping appliances and objects, free and in between spaces. Each of these areas has its function and creates a feeling of comfort and space.

The tent is not simply a focal point, it is an impressive screen and a connection between the different areas. It is the source of surprise in both places – one never knows what new, unexpected and interesting thing can pop out from it. 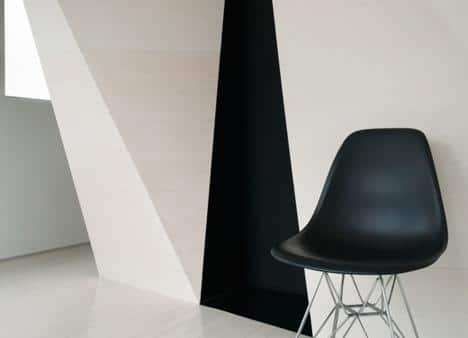 The modern and stylish apartment is situated in central Tokyo. 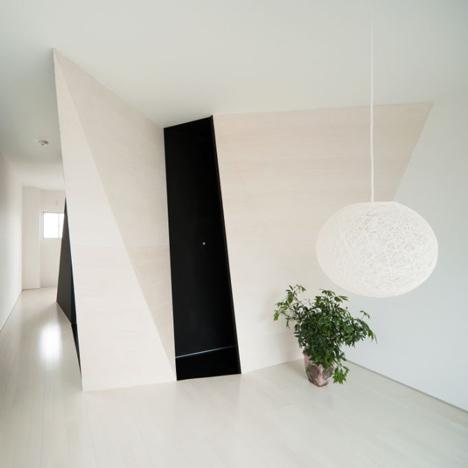 One of the rooms in the apartment in Central Tokyo 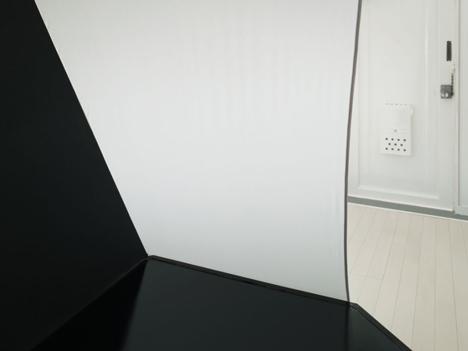 The main corridor in the apartment. The design is absolutely interesting. 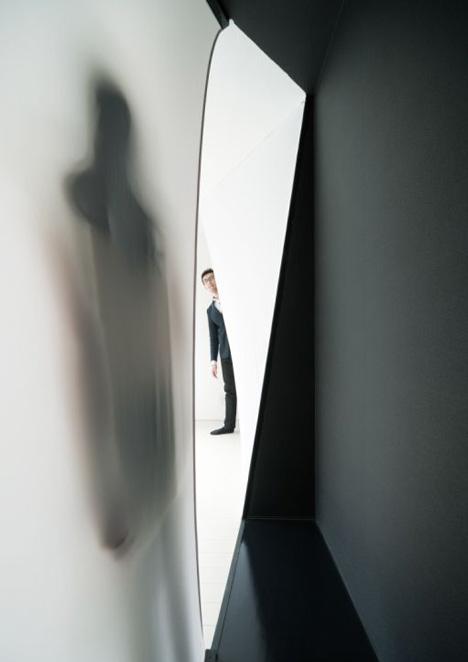 One of the mirrors in the apartment. 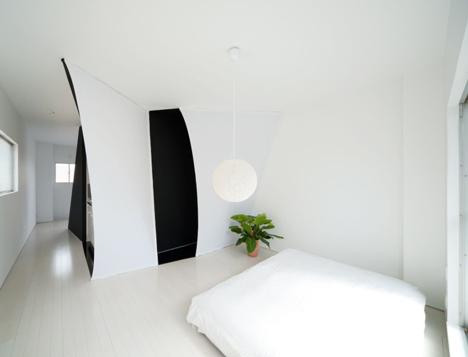 The interior in the bedroom in the apartment, situated in central Tokyo. 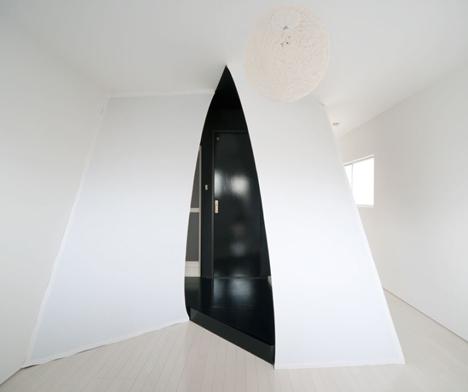 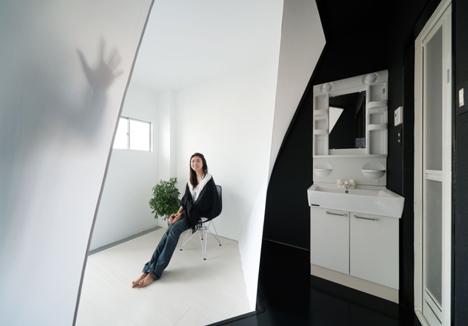 The kitchen design in the apartment in central Tokyo.