HomeTips5 WAYS TO KNOW IF YOU NEED ELECTRICAL MAINTENANCE ... 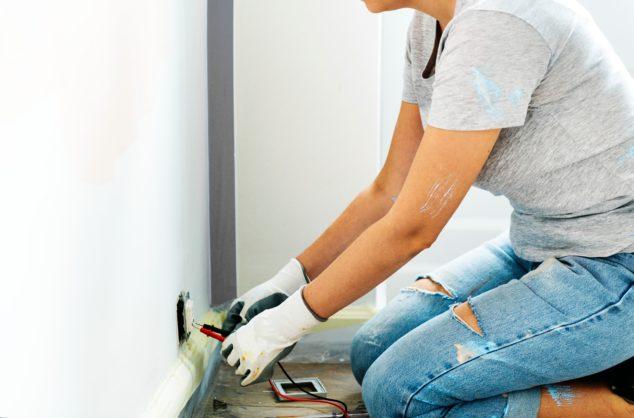 Jim Pulman has extensive knowledge and experience in Home Building, Construction, and Design. He writes articles in his free time and partners with content creators to share his expertise with the online community.

Electrical safety is paramount because faults can put you, your family, or your home in danger, so it is critical you know the numerous warning signs of electrical problems. Early interception of these indicators of faulty electrical systems prevents the progression of a defect to the extent it might lead to hazards. Electrical problems result in home fires that destroy property worth millions of dollars. Thus you should schedule routine maintenance by a qualified and professional electrician in Willoughby.

Unlike other systems such as cars that have reminders and warning signs when incurring problems, electrical systems at home might be sneaky and pass unnoticed. With high numbers of reported deaths due to electrocution and fires, it is ideal that you maintain your electrical system regularly.

You might have noticed flickering of lights or electrical appliances losing power sporadically, which is one of the early warning signs of electrical problems. Dimming of lights at home is an indicator of power surges and is common during a storm. However, the fluctuations in brightness light bulbs can occur in the absence of a catastrophic event and indicate poor wiring. During the power surges, electronic devices demand energy that the electric system fails to deliver, causing sporadic loss of power.

If the fluctuation observed is in only one appliance or light bulb, it means the issue is most likely in that unit. However, when the problem affects a large portion of your home, it means there might be problems with wiring. Additionally, the fluctuations might occur due to a short circuit that interferes with the direction of the current flow. Subsequently, the interference causes uneven power distribution in the system.

If the short-circuit of any electrical wire occurs in walls or close to flammable material will result in a house fire.

Electrical outlets in good condition should not sparkle, buzz or crackle when plugging in an appliance. These sounds are indicators of an electrical problem, mainly if they occur more often. The sound occurs due to a loose connection in the outlet or circuit box. Additionally, the strange sound might be due to problems with cover plates or faulty wiring.

Damages electrical systems can result in electric shocks when holding metallic objects or moving closer to the outlets. The electric shock or tingle should not be mistaken with tingles experienced during winter when walking on the carpet barefoot. The unusual cracking sound and shocks occur due to wires that are cut, exposed, loose, or pinched. Moreover, rodents can chew and damage wiring at your home, exposing yours to electrical hazards such as fires and electrocution.

Outlets with burn marks or soot on the cover plate indicate a short-circuit where the live wire has touched either the ground or neutral wire. The burning odor from the circuit breaker or walls indicates overheating that necessitates replacement. You should not use the outlet, turn off the circuit breaker, and contact an electrician. Additionally, you can detect overheating when walls become warm, smoke from outlets, and burning rubber smell.

Power outages and circuit breaker trips are a manifestation of an electrical wire overload. Such a system demands a professional electrician to update the system to avoid tripping of breaker, increase the electrical performance and permit the use of multiple appliances. A circuit breaker protects the electrical systems from damage by breaking the circuit when the power is too much. Typically, occasional overloads result in tripping of the circuit that one can fix after unplugging multiple appliances.

However, frequent tripping, especially after unplugging devices, indicates there is either a problem that stems from the breaker itself or the entire electrical system. Breakers prevent short-circuits and prevent potential house fires. Apart from natural phenomena and the environment such as animal nesting, power outages at home might be due to electrochemical treeing. Manufacturers with poor insulation for electrochemical grounding permits penetration of moisture, decreasing the dielectric current.

Electricity generates heat that dissipates due to resistance, a characteristic exploited in electric kettles, stoves, and iron. However, heat generation from plugged in wires and cords is a warning sign of an electrical problem. Hot spots in light switches, fixtures or walls indicates that a cable in the affected region is undergoing resistance that can result in a fire. However, dimmer switches are an exception to this rule and usually are slightly warmer than average switches.

If you notice any signs of electrical problems at home or have any questions regarding electricity maintenance, worry no more. Canberra Electrician is available 24/7 for electrical repairs, installation and upgrades.

Graduating from high school, college, or any other institution is a major milestone in anyone’s ...

Is Dumpster Bin Rental In Caledon A Good Way To Dispose Of Broken Furniture?

Furniture fixtures are very useful. Homeowners in Canada and beyond can take advantage of diffe ...

What Is The Importance Of Cleaning Your Ducts?

It is well known that having a clean and clear air duct system in your home or office can impro ...