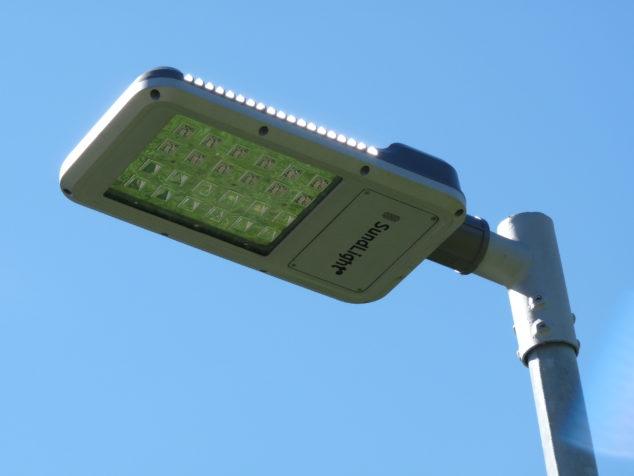 All over the globe, modern cities rely on electric street lights to keep their roads safe at night. The practice dates back quite a long way here in Australia, with the city of Tamworth being the first to deploy an all-electric street light system back in 1888. Since then, cities everywhere have continued to upgrade the technology that lights their streets, in a quest to create brighter, safer, and longer lasting sources of light wherever it’s needed.

The latest technology to come along that’s starting to replace aging HID and sodium lamps are, of course, LED, which is also becoming a staple of modern homes. LED street lighting offers quite a few benefits over older technologies, which is what’s making them so attractive an alternative for so many municipalities. Here’s a look at seven advantages of using LED for street light.

Street lights are typically controlled via a daylight sensor or timing mechanism, which switches the lights on whenever it’s dark enough for them to be necessary. Conventional lights, however, take a little while to reach full brightness after they come on, often creating a period of inadequate illumination. LED lights need no warm-up time, so they switch on at full brightness instantaneously – eliminating the delay.

2. They’re Safer For The Environment

One of the biggest problems associated with older outdoor lighting solutions is their reliance on gasses and dangerous metals like lead and mercury. That makes them a significant risk to the environment, both while in use and when they’re retired and must be replaced. LED lights, by contrast, pose no such environmental risk, making them an ideal replacement for older technology.

One of the more unsightly aspects of outdoor nighttime lighting is their tendency to attract swarms of insects. Some of that is due to the fact that many types of bulbs emit light in the UV spectrum – which is exactly what many insects crave. LED lights have been shown to attract the least amount of insects, which makes them perfect for outdoor nighttime lighting applications.

4. They Cause Less Glare

Conventional street lighting solutions do a respectable job of allowing for visibility on streets at night, but they aren’t very adept at controlling where the light travels. That means they’re more prone to creating glare, which can be hazardous to drivers and pedestrians alike. LED street lights make it possible to more precisely control the direction of the emitted light, cutting down glare, uplighting, and light spillover to where it’s not wanted.

If you’ve ever walked around at night on a street lit by conventional lights, you’ve probably noticed that nothing you see looks the same as it does during the day. Most people attribute this effect to the fact that the street lights are dimmer than sunlight, but the real reason is that conventional street lights produce light with a low colour rendering index (CRI). CRI is measured on a scale of 0-100, with 100 being the best colour rendering ability. While most conventional street lights have a CRI close to zero, LEDs typically have a CRI of 80 or more, so everything they light up will look clearer and more like it does under daylight.

The biggest advantage of LED street lighting is the fact that they require far less power than other types of lighting to produce the same amount of light. In some cases, the difference in efficiency is enormous. Consider that traditional street lights produce approximately 58 lumens per watt of electricity, while LEDs will produce about 80 lumens for that same watt of power – the difference there should be quite apparent.

Another key advantage of LED street lighting is that LED fixtures require less maintenance and won’t need to be replaced as often as conventional lights. An LED street light can last up to 100,000 hours, which is about two to four times that of other types of street lighting. According to the experts at GEM Energy, that makes them great for installation in places where it would be difficult to replace them and cuts down on the overall expense associated with maintaining the entire lighting system.

Light Up The Night

The bottom line is that LED street lights offer a vast improvement in technology over other, older solutions. They last longer, produce bette

r quality light, and cost far less to operate. For municipalities, that can help keep budgets under control, or even allow for the expansion of lighting without any additional expense. That’s why they’re becoming so common in cities all around the world, and why that’s a trend that is likely to continue for the foreseeable future.

Easy and Smart Home Décor Ideas to Count on for 2022

Guide to Keeping the Bathroom Countertop in Pristine Condition