This amazing apartment is located in a building which history began long, long time ago – almost before three centuries! Quite surprisingly, or not so much, inside the ancient building of the Place de la Madeleine in Paris has one interior jewel, which is a product of modern thought and contemporary technologies.

The apartment with an area of 140 square meters, divided on two levels, is the modern successor to the 12 tiny house cleaner rooms, and the author of the full transformation is Michael Herrman, manager of the French interior studio Ateliers Michael Herrman.

Fascinated by the location of the building – almost in the heart of the French capital, he takes on the challenge to create a functional and modern living space for himself and his family. 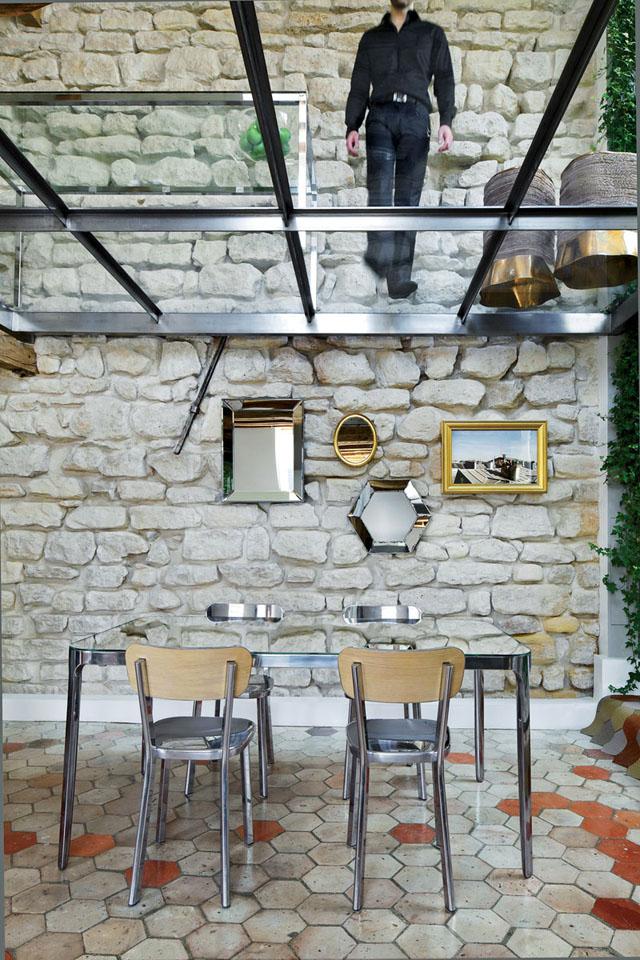 The apartment occupies the last part of the last two floors of the building, which gives the unique advantage to have a tiny patio, along with beautiful city views. The apartment comprises a spacious living area and three bedrooms with private bathrooms. 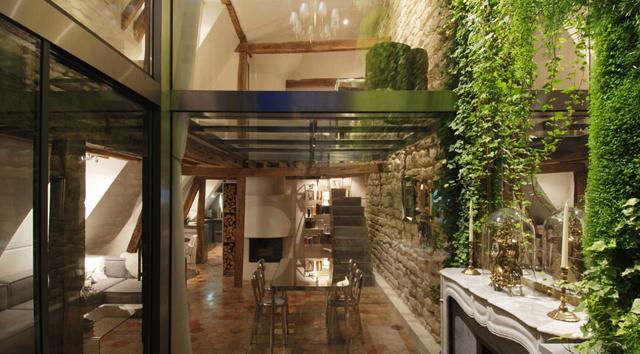 To preserve the maximum character of the 200 -year-old building, the designer’s concept is based on the almost archaeological accuracy in the interior – on display out the original appearance of the limestone walls and old oak beams have been restored as far as possible, or replaced with new ones.

The ambition to penetrate in the apartment maximum of the natural light leads to original idea – part of the ceiling, the floor, respectively the floor on the upper level is filled with transparent plates of tempered glass. This makes it possible to maintain the sense of openness of the premises, as well as being visually associated with each other. The small courtyard surrounded by tall 7-metres footwalls, one of which is decorated with a vertical garden is furnished so that it looks like part of the interior space.

Against the background of “green living wallpaper “, which rises through two levels of the apartment, in this room are placed outdoor antique marble fireplace, elegant table, chairs and wrought iron chandeliers .

The idea is that part of the living space to resemble a typical mid-19th century Parisian salon suite.

Unlike retro look in the patio, the actual interior is chosen in line with current fashion trends and approaches.

The apartment creates a special, almost surreal blurring of the boundaries between interior and exterior, inside and out – effect achieved through multiple layers of transparent and reflective surfaces present almost everywhere in the house. 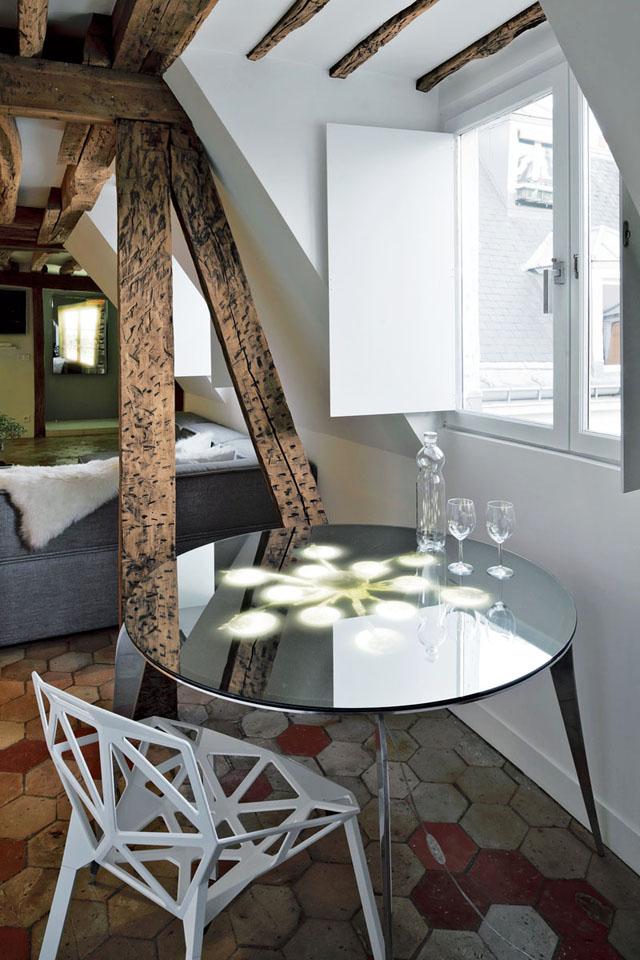 Opposition to the original structural elements of the old building with modern materials and minimalist forms leads to really amazing brilliant result – a home in which boundaries between past and present, inside and out, interior and exterior are just gone!

Let us walk together, at least for short – somewhere in the heart of Paris! 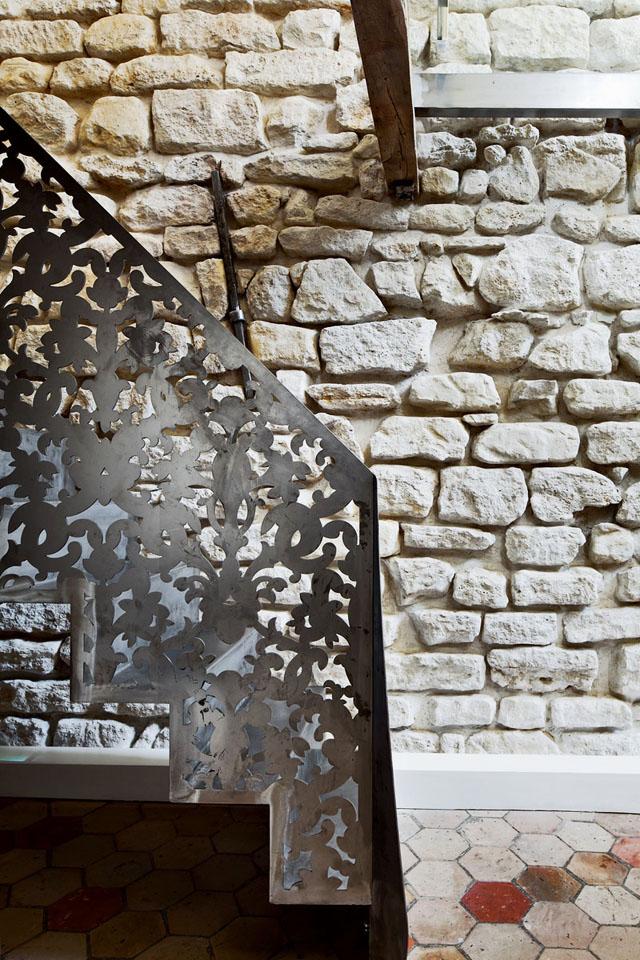 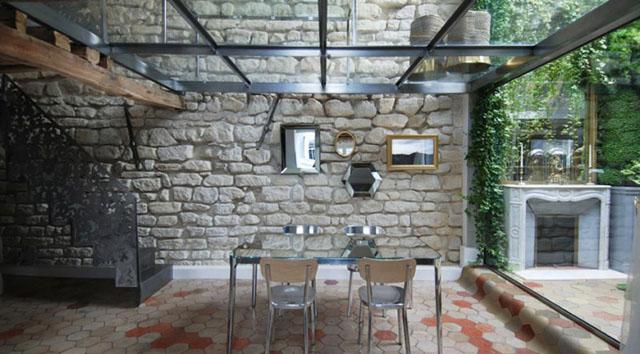