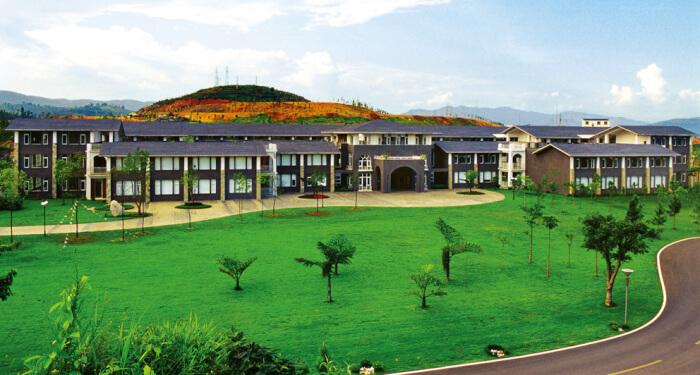 Ever since the dawn of time, man has managed to make use of all the resources Mother Nature had to offer so that he could make life easier. Much of the progress we see around us today is due to that. Out of all the choices out there, terracotta is undoubtedly the material with the longest and richest history in fields such as art, pottery, and constructions.

As a material, terracotta has a rich history in China. In ancient times, the first Emperor Qin Shi Huang Di had his mausoleum decorated with 8,000 ceramic soldiers known today as “the Terracotta Army”. He had the finest craftsmen make them, and they have been guarding him into the afterlife ever since his death in 210 BC.

Fortunately, the popularity of this stunning material did not die out with the passage of time. Terracotta facade is widely used in China’s construction industry nowadays as well. Here is everything you need to know about the history of terracotta in China from ancient times and all the way into modernity.

Nowadays, terracotta roof tiles are rarely used due to their porous nature. However, the Chinese have found innovative ways to use it for decorating both the exterior and the interior of a building. Although Europeans see it as more of a Mediterranean-style addition, the truth is that its culture has never truly left China.

Modern Chinese architecture has taken terracotta to the next level. Although the material has gone down in history due to its reddish tint, now terracotta tiles come in a varied color palette. For example, China’s Resources Archives building has been decorated externally using cyan-blue terracotta curtain bricks, which beautifully combined with the concrete.

And the examples don’t end there. The developers of the Beijing Capital Medical University Mi Yun Teaching Hospital made use of creamy white terracotta tiles combined with grey stone to achieve a clean and minimalistic design. Although the structure was erected in 1955, its aesthetics are as actual today as they were more than half a century ago.

What is more, terracotta ventilated rainscreen products have been recently added to the construction’s cladding due to their environmentally-friendly and durable nature. In the contemporary age, this material has come to be appreciated for more than its appearance. It is also a sustainable resource that preserves the ecosystem.

Blending the Old and the New

Modern Chinese architecture also uses terracotta bricks to create a harmonious appearance of old buildings blending in with newer ones. A perfect example of this technique is the office assembly situated in The Bund House residential complex. Surrounded by four-century-old constructions in Shikumen style, the structure maintains the overall period aesthetic flawlessly.

Thus, the preservation and revitalization of traditional culture are essential in this approach. Terracotta definitely plays a huge role in the movement due to its rich history in the country. Another instance can be seen in the 2017 renovation of the Flying Tigers memorial east of Huaihua Zhijiang Airport.

The monument commemorates the First American Volunteer Group led by General Claire Lee Chennault, a special air force which aided China in the fight against Japan between 1941 and 1942. The shark face art on the nose of their aircrafts is widely recognized around the world as one of the most iconic combat aircraft designs.

The team which worked on the project made use of terracotta clay facing bricks placed at varying angles to create textures and an appearance of gradual change. This defined the display corridors and gave birth to multiple useful spaces for exhibitions and other events to be held. This modern approach gave new life to an important segment of Chinese history.

Furthermore, the industry nowadays is coming up with more and more innovative ways to change the appearance of the material’s surface. For this reason, modern Chinese architecture sometimes sports tiles that do not look like classical terracotta, but they are still made from this affordable and reliable material.

The most popular surface treatment methodologies are the cracked glaze finish, micro-engraving, and digital inkjet. The cracked aspect is obtained by glazing the tile with a layer of porcelain which contains many fissures. This gives it an interesting aspect that looks luxurious, sleek and modern.

Micro-engraving is used to decorate a tile. Although it is traditionally applied on stone or glass, terracotta plates are also a fine option. This process carves the image into the tile on a shallow level so that its integrity is not compromised. Patterns and pictures vary depending on the desired look. This method is a rather versatile one.

Last, but certainly not least, digital inkjet is widely used to give the tile a 3D effect. Patterns on terracotta plates usually mimic marble or granite plates. This gives builders the option to achieve the same elegant look those materials give off for a fraction of the cost, which is a win on all sides of the situation.

Terracotta is a ceramic material that has been used for various purposes ever since the dawn of time. Its first attested use dates back to the early Bronze Age. But out of all the populations of the globe, none have used it more notoriously than the Chinese. And the clay still has plenty of uses nowadays. All in all, it has embraced modernity well.