IN THE CHAMBERS OF THE EMPEROR

Architecture and design in Beijing have marked an incredible development for the last few years. One of the results of this period of development is the Emperor hotel. Situated in the historical part of the city, it impresses with a mix of contemporary spaces and soft accents, which remind of ancient Chinese tradition. The contrast between an interior with an extremely fashionable look and the view to the silhouettes of the Forbidden City on the outside, with their golden-top roofs, contributes to the strong emotional effect that the boutique hotel creates.

The project belongs to the Berlin studio Graft Label. They started from scratch – the interior of the already existing building was cleared down to the white concrete surfaces which invited the creation of a new look for the 55 hotel rooms, restaurant, foyer, gym and an impressive terrace on the roof. Graft’s design treats the architectural volumes and the furniture as geometrical structures united by a vivid motif – wide colourful streaks, which pass through the reception space, the corridors and each of the rooms. In the guest rooms they are horizontal and start from the walls, go through the sofas and end as a part of the beds. The game of hiding and revealing of elements continues on the partly frosted windows. This way is created a barely perceptible line, which helps one find privacy. The curtains in the restaurant are a continuation of this theme – on each of them there is a separate stroke of the Chinese symbol for food and the whole symbol can be seen only if looked at from a particular angle. The aim of the Graft Label designers when they created this project for the interior is closely connected with their philosophy. Through allegorizing the meaning, through playful confrontation with the context and the sense, by way of association to achieve a change in the way people look at something that they have already seen. They are convinced that no big discovery has ever been made without a bold assumption, a new idea and plenty of enthusiasm. 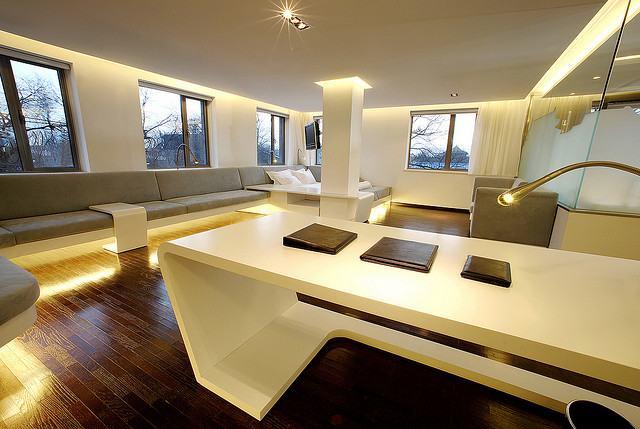 Every single room in the hotel has it’s unique design. 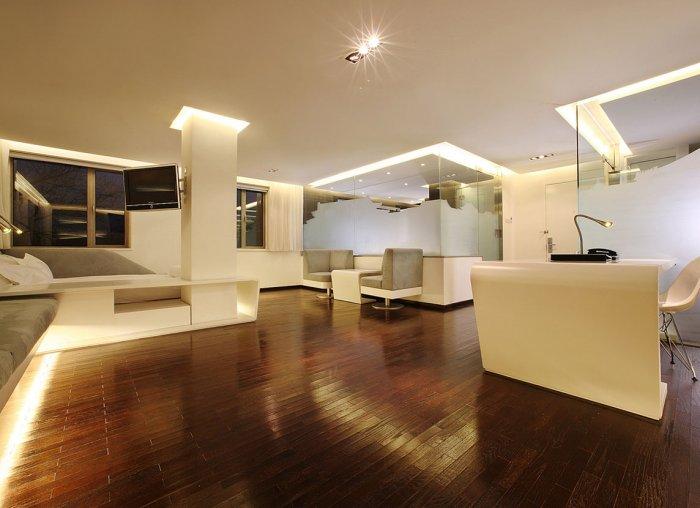 Modern and minimilalistic lines can be find all over the hotel. 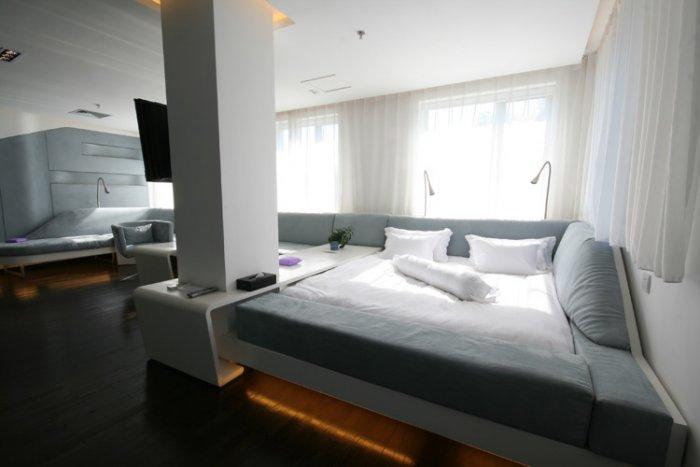 Despite the minimalistic outlook the interior also has it cozy places – the bedroom.