HomeDesignInterior DesignIs Installing A Water Softener In Your Home Worth ... 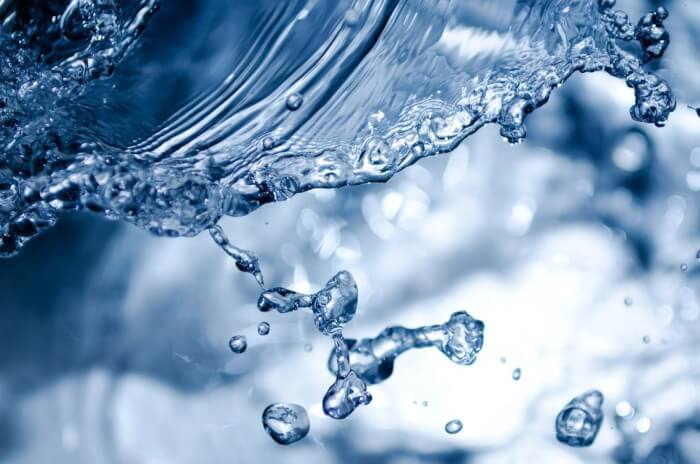 If you’ve ever been told that you have a hard water problem in your house, you’ve likely also explored the option of getting a water softener system. While some systems only cost a few hundred dollars, many home water softener systems typically cost about 3000 dollars on average. It’s certainly an investment that requires careful thought and consideration. Many homeowners wonder if it’s even worth the time, money and hassle to install one. To determine if getting the best water softener system installed in your home is a good decision, it’s important to understand the benefits of these systems and why hard water is a significant problem that needs to be addressed.

What Is Hard Water, And Why Is It A Problem?

Hard water is classified by having an overabundance of minerals such as calcium and magnesium. Soft water has little to no magnesium and calcium. The main mineral within soft water is sodium.

Your pipes, appliances and plumbing fixtures all suffer when hard water is present in your home. It can cause clogging, stains, inefficiency and even permanent damage. If hard water problems last long enough, it could cost you hundreds or even thousands of dollars in repairs or replacement appliances.

Due to hard water’s lowered capability to dissolve soap, washing in it may cause dry skin and damaged hair. People with existing skin conditions like eczema and psoriasis will experience even worse irritation.

Some people believe that hard water is at least better for you to drink than soft water because it has a higher and more diverse mineral count than soft water, but hard water presents numerous health risks. Cancer, cardiovascular disease, high blood pressure and other medical issues have all been linked to hard water.

The Disadvantages Of Water Softener Systems

The aspect of the initial cost of the system and installation has already been brought up, but there’s also the added expense of regular maintenance to the unit and replacing the salt. Most water softeners use salt to remove the extra minerals from the water. The ion exchange that happens when the salt is introduced removes the calcium and magnesium from the water and replaces them with sodium ions.

While this process does soften the water, it also increases your sodium intake if you choose to drink it. The wasted salt water is also not environmentally friendly and can cause significant damage to local vegetation and wildlife.

The Advantages Of Water Softener Systems

The main benefit of any water softener system is ridding your home of hard water and enjoying the benefits of soft water. The risks of clogs and damage to your appliances and fixtures will be drastically lowered, which also means the lifespans of these items will be significantly longer. You may also enjoy noticeably lower energy bills as a result of your plumbing system working more efficiently.

You won’t have to worry about developing any of the adverse health effects from drinking hard water. Your water may even look and smell much better than it did before, making it easier to drink or use in cooking.

Soft water allows you, your clothes and your dishes to get cleaner due to soaps and detergents having an easier time lathering up. Thanks to the lack of harsh minerals in the water, your skin won’t get irritated and your hair won’t get dry and brittle when you bathe in it. You could even save money on soap and other cleaning solutions since hard water typically forces people to use more soap than they normally would in order to properly clean everything.

Since hard water tends to be dingy and harsh on fabrics, softening it will make your clothes come out brighter and softer when they go through the wash. You can even avoid some of the negative aspects of having salt mixed into your water by installing a salt free water softener.

Unlike ion exchange water softener systems that use salt to remove the magnesium and calcium from the water and dispose of it down the drain, salt free water softeners chemically transform the calcium and magnesium deposits in the water to make them unable to adhere to surfaces such as pipes, shower heads and faucets.

Salt free systems require much less maintenance than ion exchange softeners. You will also save water because there is no excess waste caused by the mineral removal process to drain from the system. Since there is no salt, any waste water from the system won’t have as much of a negative impact on the environment.

Technically, the water is not actually softened with this process, however. The minerals are still there, but they’re altered to not negatively affect pipes, fixtures or appliances. The health risks of drinking the water and the harshness of the water on skin, hair and clothes will still be present. The water filtered through salt free water softeners may also not prevent scaling in places where the water stagnates, such as your water heater.

Whether you pick an ion exchange water softener or a salt free system, the installation process will almost always be quick and easy. Water softener installations usually only take a couple of hours to complete. Depending on your level of skill and knowledge with plumbing, you can also choose to install the system yourself and save some extra money.

Is It Worth It?

While water softeners can be a hefty expense, there’s no denying that they offer so many benefits that the unit would pay for itself quickly. Depending on the severity of the hard water problem in your home, you might end up paying thousands of dollars in repairs and replacements in only a few years, which can be entirely avoided with a water softener. Not to mention that having soft water improves your overall quality of life by allowing you to be healthier, cleaner and more comfortable.

Knowing the level of your home’s water hardness can help you with your decision in buying a water softener. If your water’s magnesium and calcium content is at less than one grain per gallon, it is considered soft and doesn’t need any treatment. Water that has a hardness level between one and seven grains per gallon is considered either slightly or moderately hard and doesn’t typically affect your water enough to require treatment, but it’s still beneficial. Anything between 7.5 and 10.5 grains per gallon is considered hard water. It’s at this level that negative effects become very noticeable and treatment might be necessary. Anything higher than 10.5 is considered very hard water and will almost certainly need to be treated.