HomeStyleContemporaryOld Warehouse turned into a Minimalist Loft: Only ... 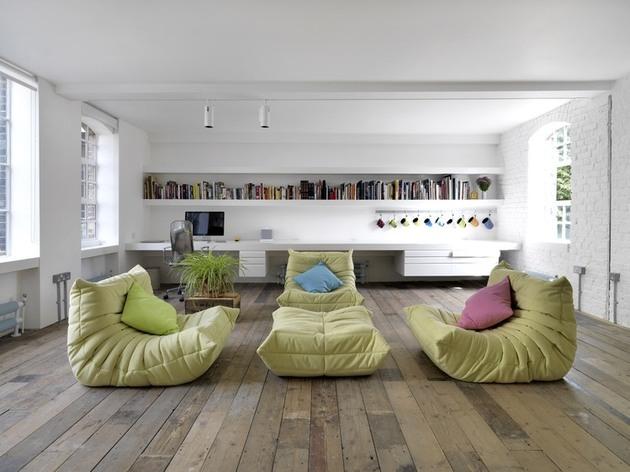 The design of this loft is by Form Design Architecture. They needed to make a complete redesign and their task was not very easy to complete as the loft was already refitted multiple times since its initial stage. The raised floors, lowered ceilings and division walls made from the previous redesigns, give an industrial spirit. The owner is from New York and he wanted to save the whole scope of the area along with its industrial features. This could be achieved only with taking radical preposition and emptying as much space as can. According to the owner’s lifestyle, the new free space was tailored. There were an extra bathroom and bedroom, which were removed and thus we created more empty space for the working and living areas of the house. Another architect’s decision were to leave the original brick walls. However, they were colored in white throughout the loft, with some small exceptions. Because of some destructions from the previous refitting, the floor needed to be recreated. The flooring is very common to the ancient warehouses. The unfinished Pitch Pine planks have been salvaged from a Welsh Church. For the design it was used some new technologies as HiMacs for the kitchen and storage blocks and LED lighting. Thus is formed very good combination of them and the natural, hand-made materials. 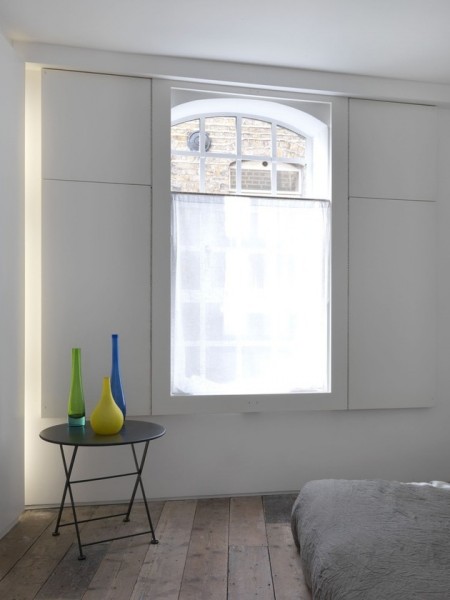 We can feel the informal and relaxed atmosphere in the living room, because of the Togo couches and poufs from Ligne Roset, which are colored in fresh green. 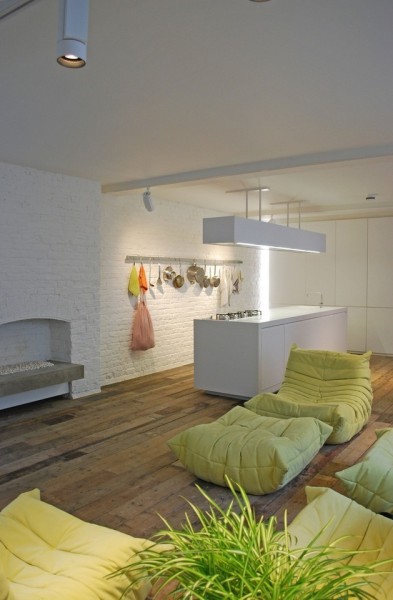 The professional activities of the owner, which is a photographer, is at one end of the loft. We can found there working desk and book shelves in the whole width of the room. 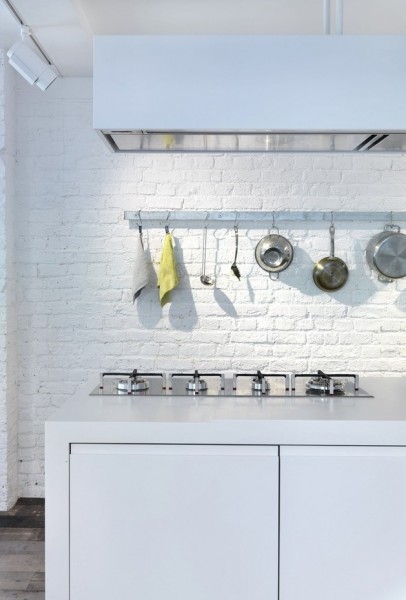 The kitchen area there is an island and dining table and is a snow white. The combination of new and old is very specific for reconverted industrial spaces and we can find here the contrast between the raw plank floor and brick walls. 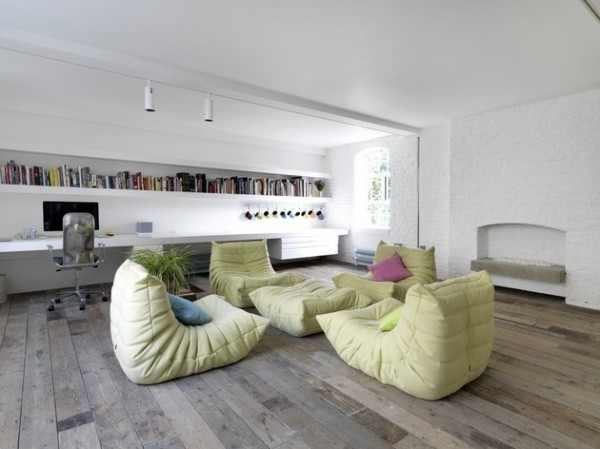 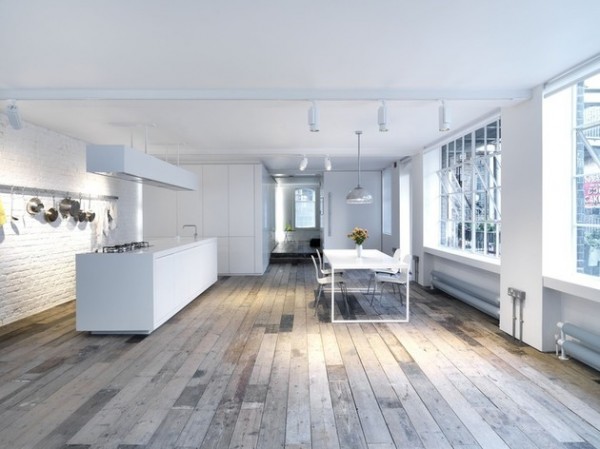 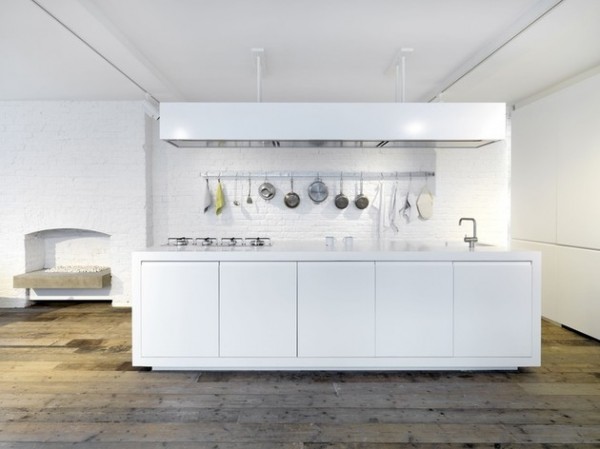 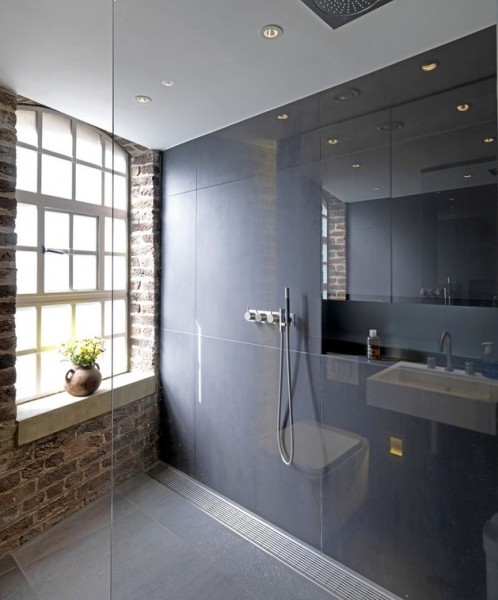 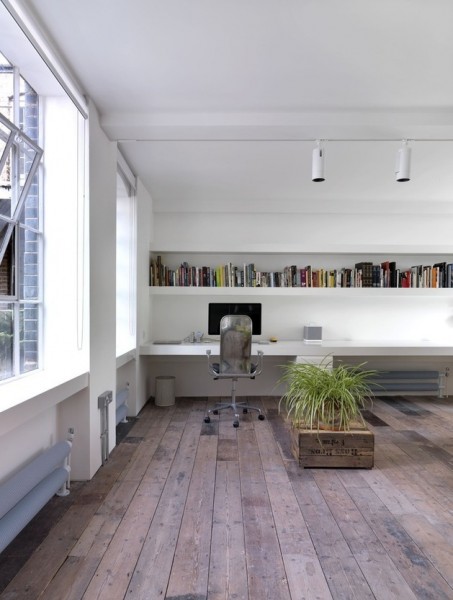