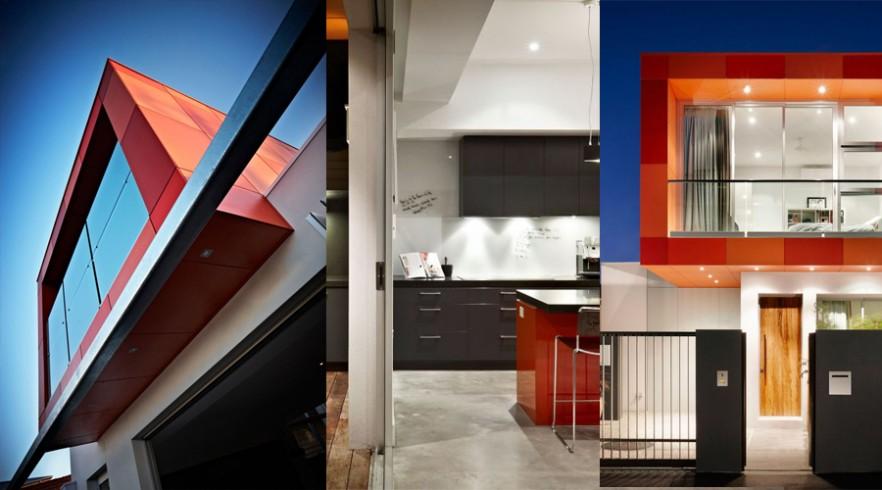 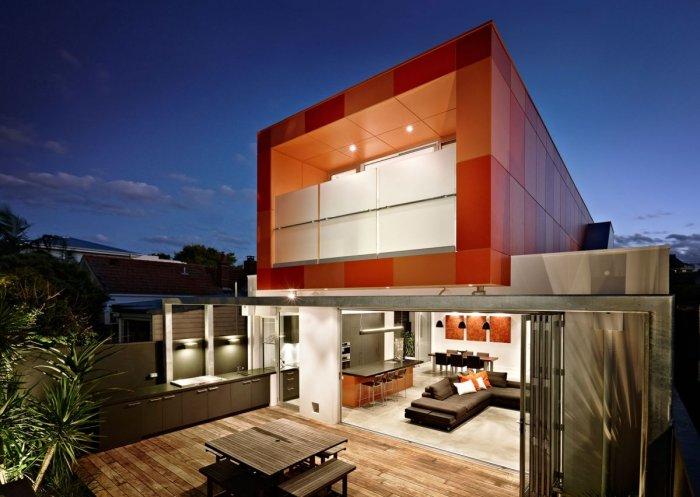 At the highly populated South Yarra street there is a bunch of different architectural styles that make this street look so colorful, both in literal terms and cultural meanings.

The purpose of this lovely contemporary home was to create an unique project that fits perfectly in the eclectic appearance of the streetscape while it establishes its own presence at the same time. The external lighting of the home makes it an eye-catching site that is able to charm every visitor or passers-by. Its is almost as impressive as this ecofriendly luxury house. But, let’s get back to the contemporary project:

But it is not only the amazing lighting that attracts. The shape of house has its own magnetic power that can influence on people’s perception. Installation of various panels and addition of colorful accents is a key factor for the facade of the house that builds its strong and memorable character. This is a true blend between outer public areas and inner private space – it seems that the facade removes all kind of boundaries. 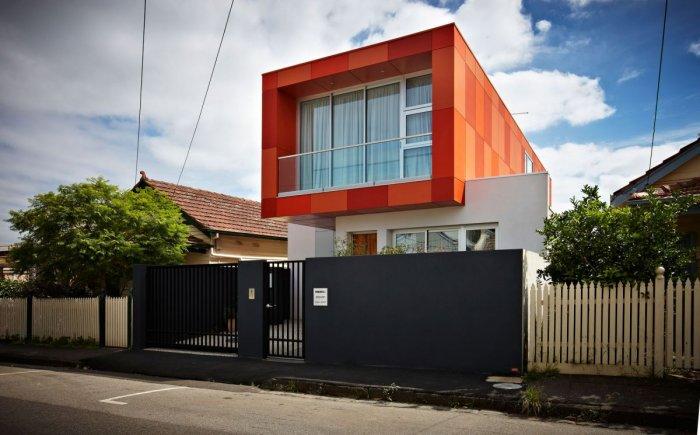 The specific orange color of the main volume box that is situated on the first floor is a remarkable sign that can be spotted at the very beginning of the street. And curiosity raised upon somebody that have accidentally came upon this gorgeous and impressive house. The desire to explore it closely appears suddenly and there isn’t any force that can stop this hunger for contemporary impression. Marvelous views crawl inside the dining area and form an unique atmosphere in this private area. It almost seems that there is no limits between inside and outside areas. 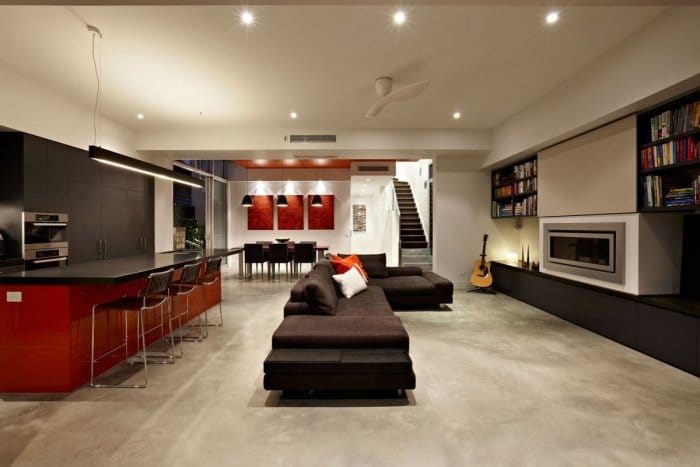 The house is also projected in way that that it allows the natural flow of sunlight directly into the living areas. All the materials used for the construction are not very expensive and that was one of the primary goals. The idea was to rely on volume, effective colors and natural shades of light, instead of luxury appearance. The architectural ideas has lately been continued by adding colorful accents in the interior, like different pieces of furniture and textile finishes.

It was the budget that didn’t allow the inclusion of an underground parking lot. However, there is a solution for the parking space and it has been found in the street outside the house. This smart move released enough space for four bedrooms, open plan living room in combination with a kitchen and a dining area, all this overlooking a large rear courtyard.

The narrow collaboration between the architects of the projects and the interior designers contributed to this brilliant final result which both sides felt satisfied of. Every obstacle that appeared during the working process has been cleverly eliminated by the professionalists. One of the biggest agreements was to use large steel beams for the construction which hasn’t been set in the project.

The contemporary house is oriented at north-south in order to prevent the inner parts from direct sunlight, yet allowing enough natural light – the natural flow that we have already written about. The colorful orange box cantilevers the background yard , thus providing a heavenly shading for the hot summer days. At the first level there are windows that have been designed as a part of the balcony’s facade, forming a great inbuilt shading. At the east and the west side of the house there are court-yards situated with double functional purpose – to provide enough sunlight for the house, and assure spaciousness so that the air flow will be able to move trough the building. This is an effective sustainable solution, since it reduces the cost for air-conditioning, for example. 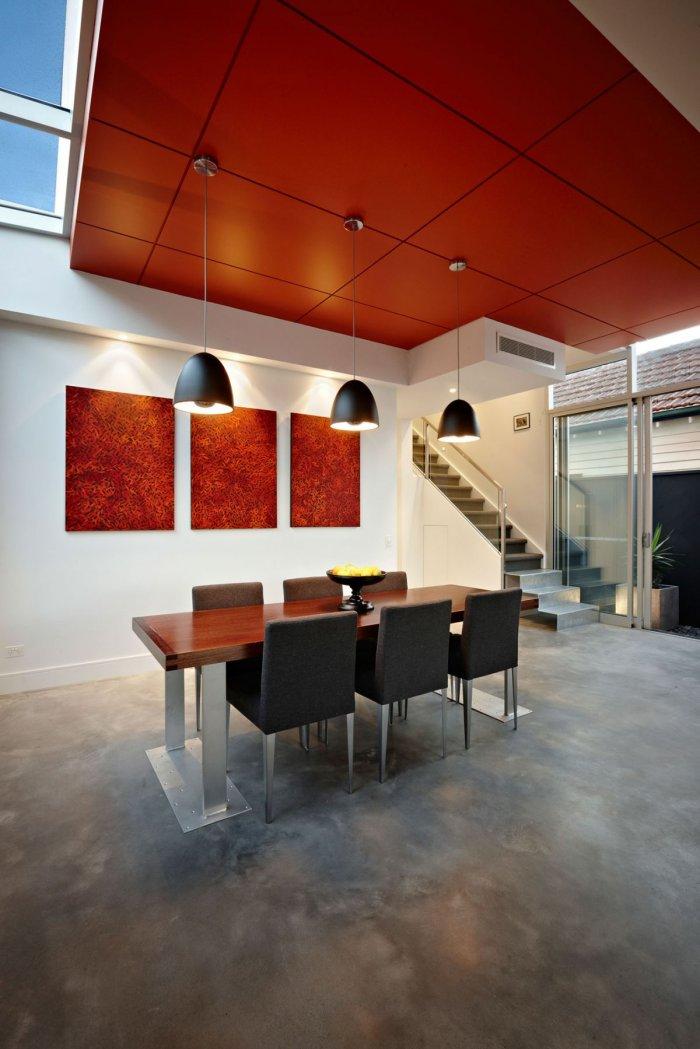 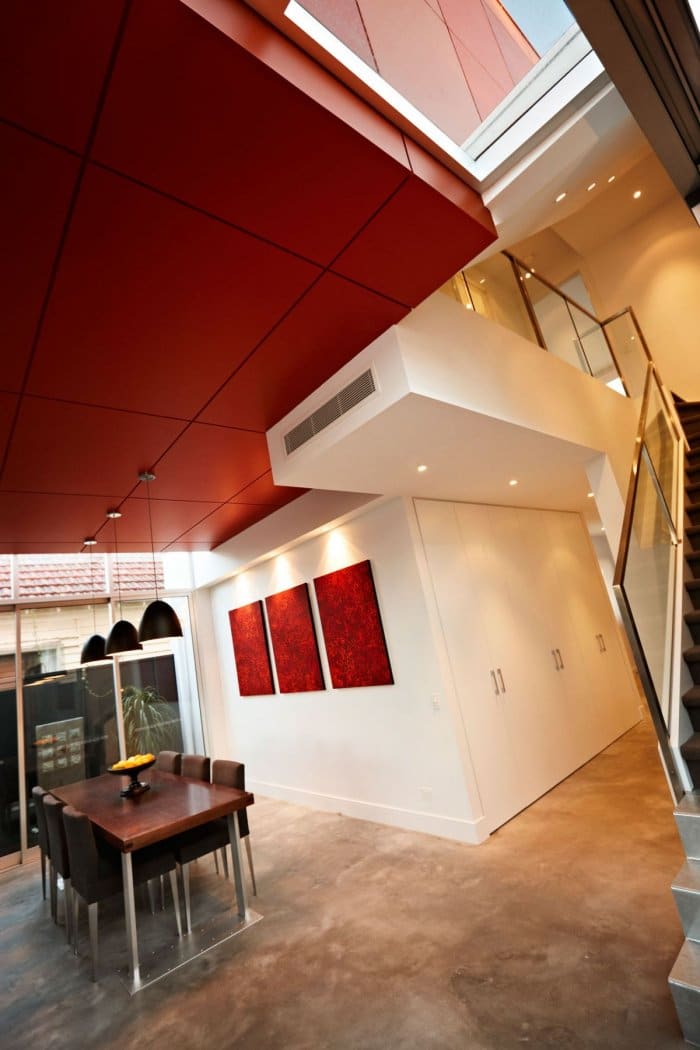 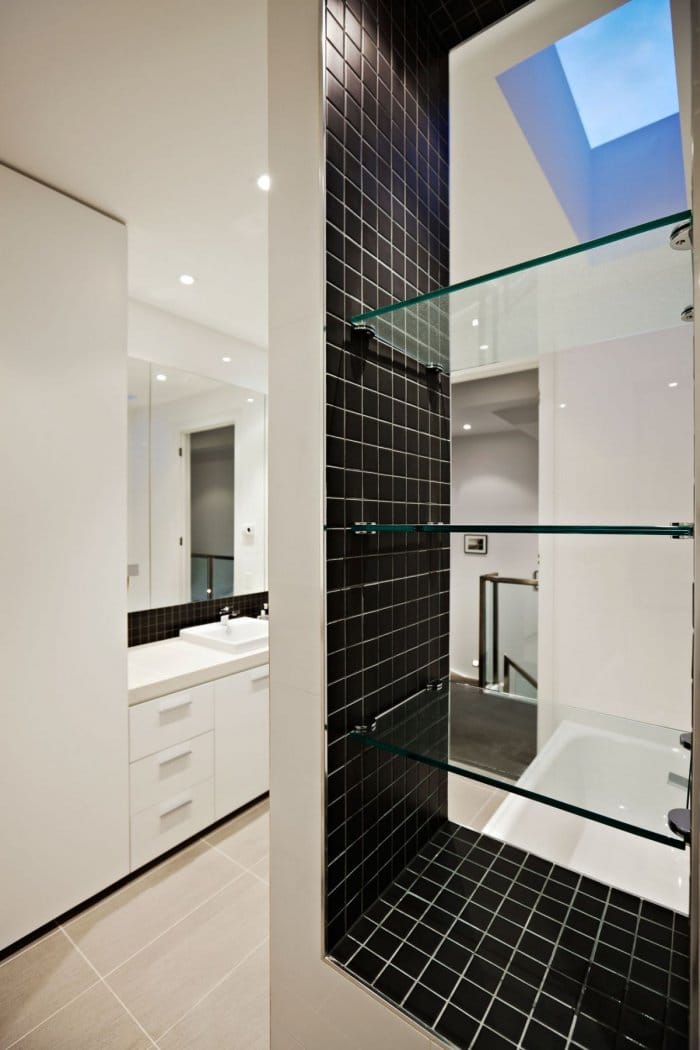 In addition, there are solar panels situated at the roof of the house, thus minimizing the expenses for electricity. And to be able to finish the sustainable architectural project, the architects decided to place double glazed windows which doesn’t allow heat loss and thus they reduce the energy consumption of the house. 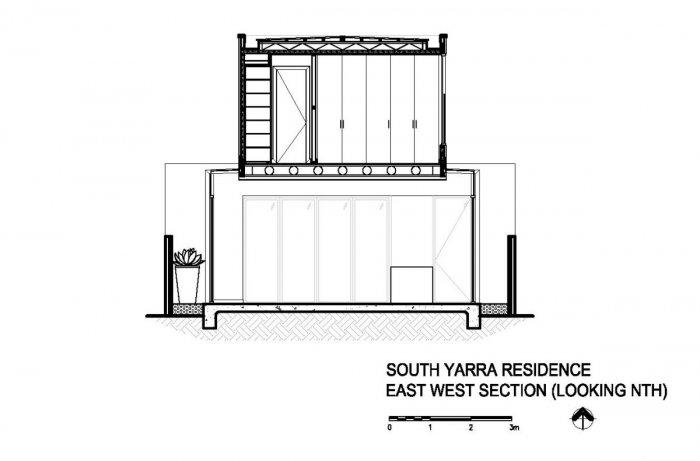 Why You Should Clean Your Gutter Regularly

Ask yourself if you’ve ever cleaned your gutter in the last six to twelve months. We can bet th ...

Insider Tips on How to Give Your Patio the Ultimate Makeover

Decorating (or re-decorating, for that matter) your patio requires a lot of time, patience, and ...

9 Questions That You Should Definitely Ask Your Roofing Contractors

The outcome of your construction project is hugely dependent on the experience and expertise of ...