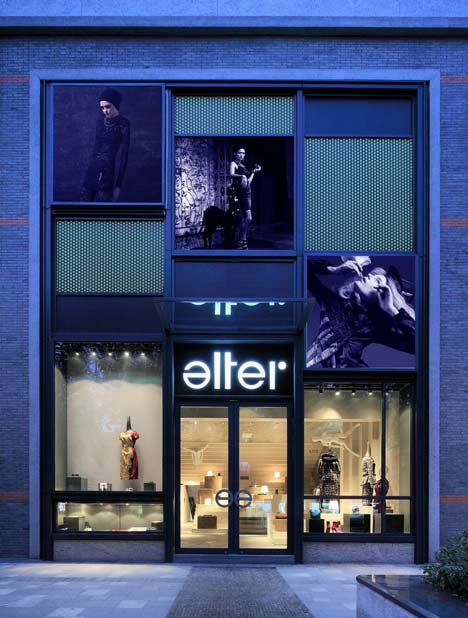 Francesco Gatti from the Italian architectural firm 3Gatti was really enthusiastic about Sonja Long’s desire to create a project for the interior of her Alter fashion boutique, whose aim is to attract with its concept, image and unusual points of view.

In order to justify its name, Alter should represent an inspiring and alternative small world. In Shanghai -a place popular for its conservative ideas especially in terms of the predominant business values, the daring creative ideas presented by Gatti and Long complement each other and find a visual expression in the creation of different and spontaneous design for Alter.

The boutique is really small, only 100 square meters, but it needs to have many rooms with various functions, so the architect addressed the challenge by designing special structures at different levels. They include the office and the dressing rooms, but they also provide space for displaying clothes and accessories in the store. The steps are an independent element and can be folded like a piece of paper forming surfaces in different dimensions and capable of covering the entire space. Gatti was inspired for this project by art – the interior reminds of the paintings of the Dutch graphic artist Escher, which study the ability of illusion to express eternity. Gravitation and common rules do not apply here, there is no “up” or “down”, “left” or “right” and anything is possible. 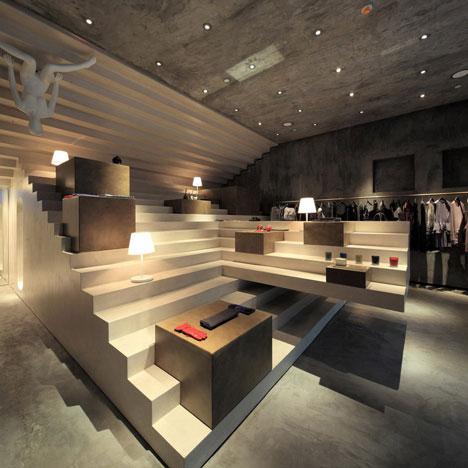 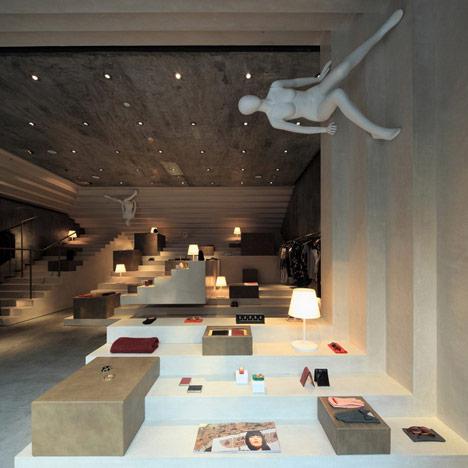 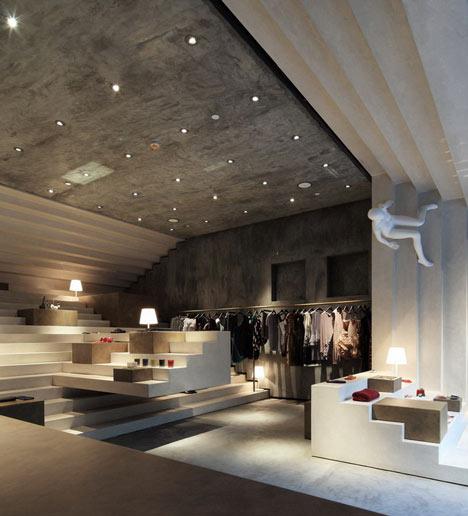 The modern interior of the Alter fashion boutique. 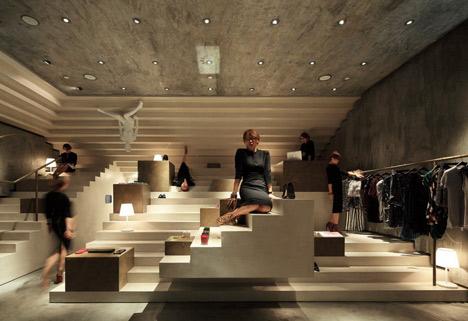 This boutique has an unique decoration. 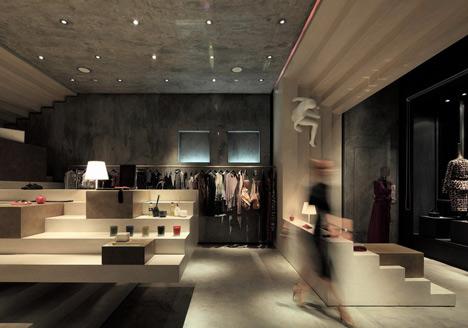 The unique ideas for the interior come from the experienced designers. 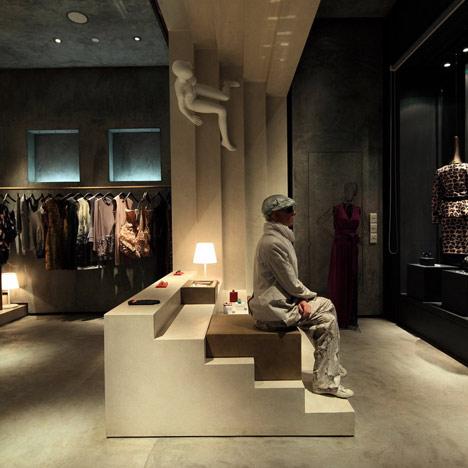 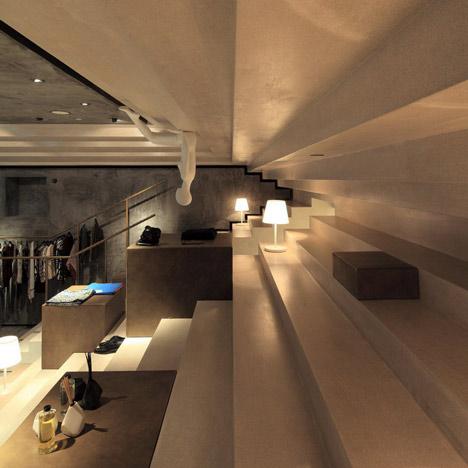 The inspiration for the fashion boutique came from the brilliant imagination of the designers. 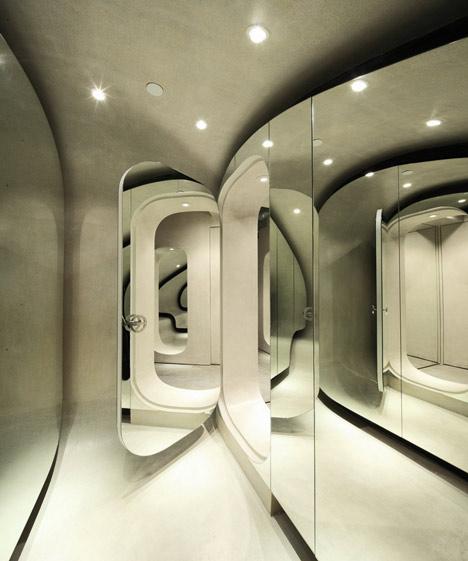