HomeTipsSuitable Skylights – How To Pick The Ideal S ... 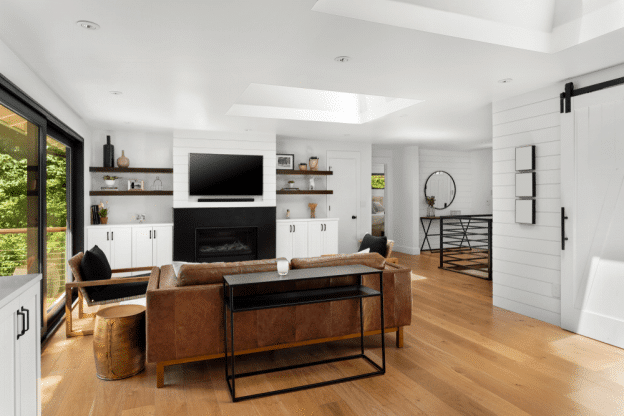 Skylights can be a fantastic method of introducing more natural light into your home without breaking the bank. But it can be tricky figuring out what kind of set-up will be the most conducive for your home. Generally, there are two kinds of skylights: tubular and square. You’ll have no issues sourcing both types of skylights in Melbourne, but choosing between these two is where your journey begins. Amongst these two designs, you’ll also have a variety of options regarding the more intricate features and qualities of your skylight. We’ll start with the major differences between the two, and move on to looking at how to get the most out of your chosen skylight.

Skylights have been said to provide over six times the amount of natural light than windows, specifically due to the greater dispersal of light you’ll experience from either variety of skylights. Tubular skylights, however, have been known to perform wonderfully in open plan living spaces over their square siblings, which are usually well-suited to bathrooms and other smaller areas. The reason why tubular skylights are so much more effective can be attributed to their cylindrical shape and added surface area. Tubular skylights, which are also commonly referred to as solar tubes, are able to reflect greater amounts of daylight, being able to reflect even the low angle daylight that’s most prevalent during the winter months. This ability to reflect greater amounts of light will ensure that you’ll receive higher levels of natural light filtering through your skylight year-round.

As tubular skylights are so much more technologically advanced than their square alternative, the main (and lasting) appeal of the traditional square skylights has been the shape of the overhead fixture itself. But never fear! Nowadays it’s becoming increasingly common for you to source square-fixtured skylights that comes equipped with tubular technology. So, if you feel as though the decorative square fixture is better suited to your home’s interior aesthetic, you won’t need to sacrifice quality for the sake of design. Similarly, the square fixture on a solar tube hasn’t been known to impact the dispersal of natural light into your home, unlike the traditional inflexible square skylights of the past, which have been known to attain issues regarding their functionality over time, such as incurring leaks and drafts.

Making the most of your skylight

When you’re deciding on where to position your skylight, it’s best to go for central locations. This means aiming for the center of your ceilings in the intended rooms. Skylights can also perform superbly in long hallways, depending on the length and width of these spaces. According to experienced skylight installers, it’s best for us here in the southern hemisphere to install skylights on the northern face of your roof, to ensure that you’ll receive a greater amount of sunlight year-round. As for the installation itself, it’s generally wiser to go with an established skylight installation service rather than going D.I.Y, just to be safe. Whilst it’s possible to install traditional fixed skylights independently, it’s not wise to try installing tubular technology yourself, simply because you don’t want to risk damaging the tube or installing it unevenly and incurring any leaks. If you source your skylight from a reputable distributor, chances are they’ll be able to assist with your installation as well.

If you follow this small guide, you’ll be able to reap the benefits of incorporating a quality skylight into your home. This may mean more natural light year-round, subsequent reductions in your utility bills, a naturalistic, more inviting atmosphere in your living spaces, or – more realistically – all of the above!