Have thought about how an 35 year old house can be reconstructed in order to become the perfect present?

By the time when the main house have been built 35 years ago, Azelkova tree and a Camphor tree stood in the property. When the time for buidling additional structures came, the threes had to be removed because it was impossible to begin construction works. But here was hope that they will remain. The designer, which took the project, had planned various designs before visiting the place by himself when all his plans were blown away.

Briefly, he cut the branches that impacted one another. The water content in the trees was reduced by smoking process. After that they were dried for two weeks. A brilliant idea came to the designer’s mind. The trees were about to become main structural columns, situated in the center of the living room, kitchen and dining room.

One of the most innovative ideas of the designer was to sunk the building with approximately seventy centimeters down into the ground. The height of the additional construction was kept lower than the main house. At the same time, the height of the ceilings was fixed to 4 meters.

In fact, the whole processing of firstly smoking and then drying the trees was done in Kagawa prefecture, so actually the hadn’t left the prefecture.

Another interesting fact was that the client asked a Shinto priest to come and prepare a ritual in order to remove all the evil of the act of cutting the trees.

We hope that in the far distant future, let’s say some hundred years from now on, when the house is demolished and new construction arise at its place, the two trees will be reused as a element, may in a different kind of form. 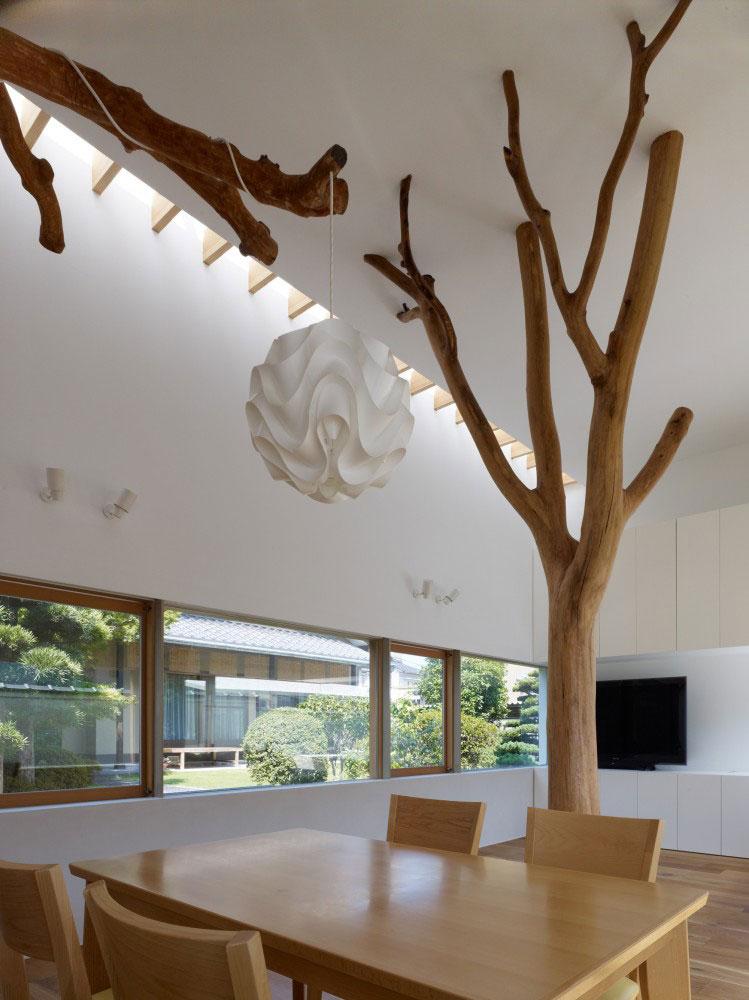 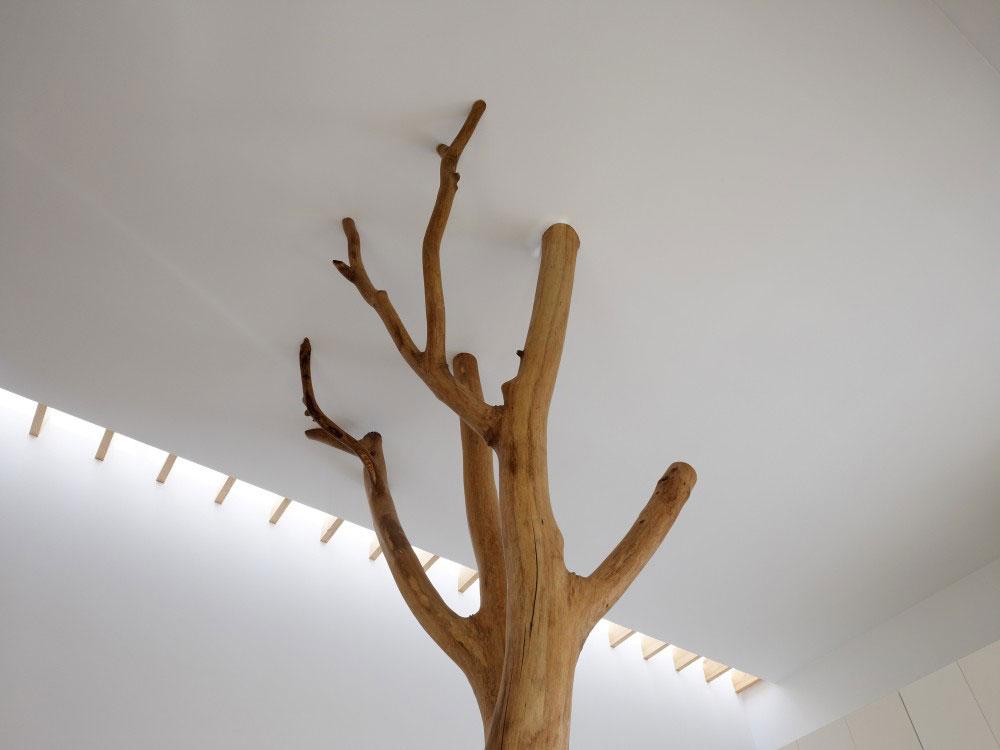 The tree hits the ceiling. 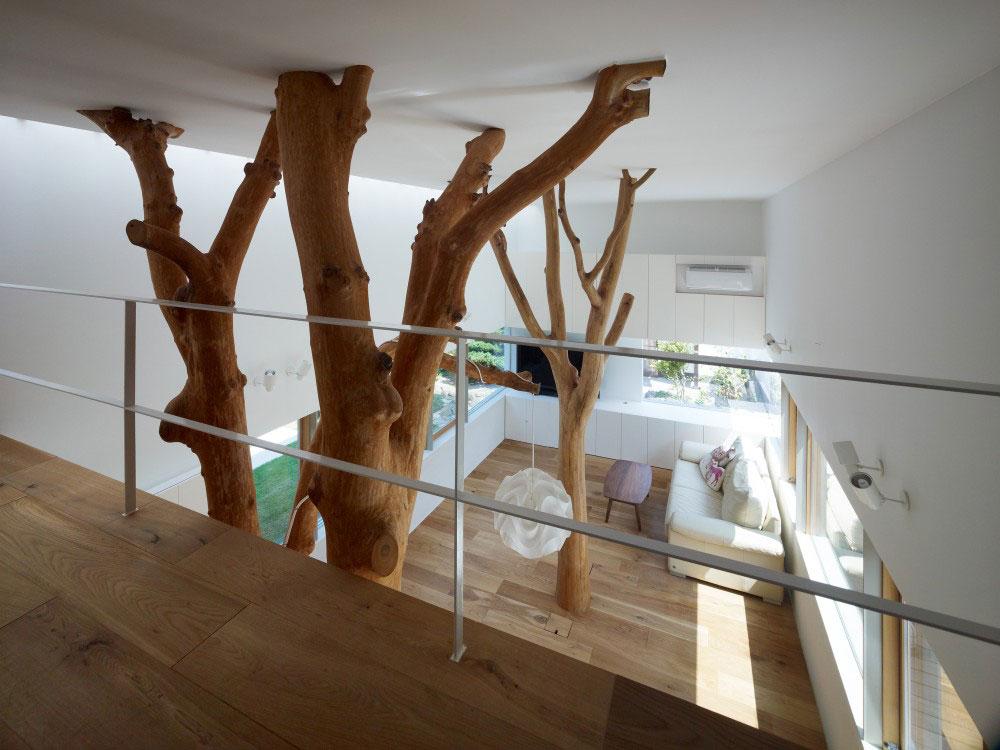 An overview from the second floor 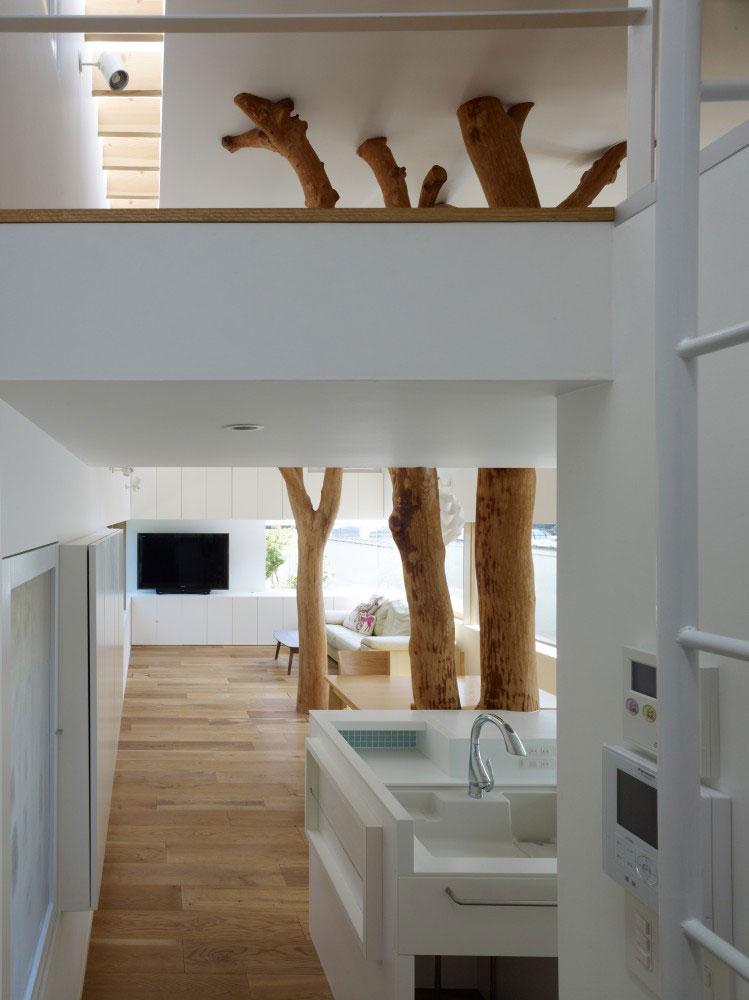 Let us have a slight look at the kitchen design. Again, the tree is the main accent in the room.

The architecture of the house is designed to fulfill all modern standards.

6 Houseplants to Take Care Of for Newbies

New to plant care? Have your friends joined the trend and become plant parents themselves? Due ...

Why You Should Clean Your Gutter Regularly

Ask yourself if you’ve ever cleaned your gutter in the last six to twelve months. We can bet th ...

Insider Tips on How to Give Your Patio the Ultimate Makeover

Decorating (or re-decorating, for that matter) your patio requires a lot of time, patience, and ...