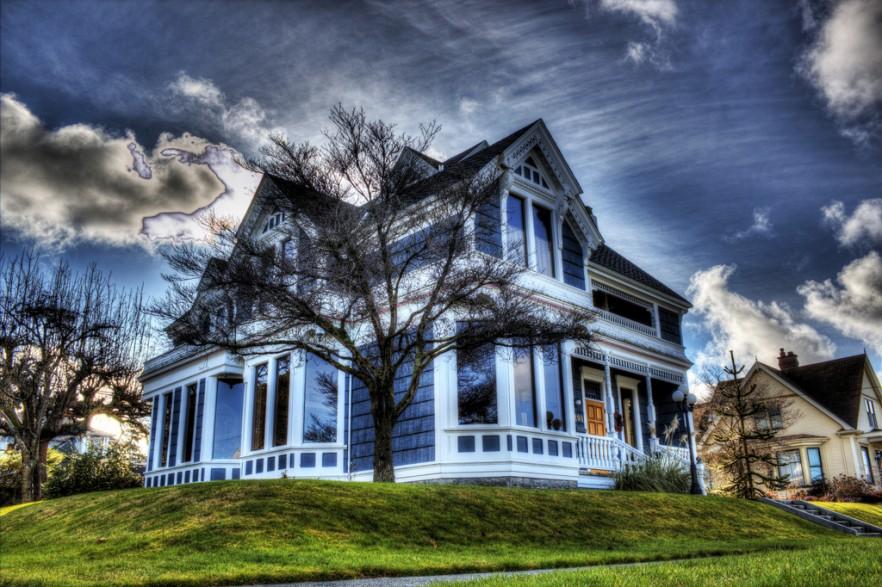 The name of the Victorian style in architecture naturally comes from the middle years of 19th century when Her Majesty Queen Victorian has been crowned as a queen of Britain. In fact the term is a definition of a certain style that has raised during that period, but in fact it includes a wide variety of sub-styles. Victorian architecture combines several trends from other styles typical for the 19th century. This type is mostly preferred for expensive houses since it creates an overall impression of majestic presence.

In the past the owners of a Victorian house could be described as really active society members. They often threw dinner parties in their homes, so they needed a home that could impress their guests who were usually four times a week there. The ornate elements were widely used in the beginning while at the late years of the century they were rejected by most architects and they stopped integrating them in the houses.

The Victorian style originates in Britain, but the rumor of this gorgeous style in architecture spread around the world very quickly. Furthermore, it is a well know fact that a lot of British architects left their beloved country and emigrated to other English speaking countries like the United States, Canada, New Zealand and Australia. With the boom of technology and the invention of the fast communications the architects all over the different spots in the worlds began to exchange their experience and this resulted into a fast progress of the architectural style. The most impressive examples of Victorian homes in the United States date back from the 1870 – 1910 and their primary location is San Francisco. In Australia there are some really fine imposing examples also, like the Rialto Building or the Royal Exhibition Building in Melbourne. Also property management Ventura County companies, show us that there are perfect examples of Victorian-style houses in California.

When creating a victorian style bedroom you want there to be as much exquisite style as possible. That means using fabric everywhere, this helps to create quite a grandeur look. The layout of the bedroom in a second empire style would consist of fabrics like satin, silk, and velvet sometimes on the walls. There are often elaborate frames hanging on thrones and above the bed with these types of fabric draping down from then. The actual mattress does not matter as much as the sheets you choose. You can easily create the same second empire look with a memory foam mattress beneath some extraordinary styled sheets. Other than that the bedroom will be mostly classic, the ceilings are simple in style with the chandler being the beautiful centerpiece. If you want to make sure your home is free from termites, then it’s important that you know what attracts termites to your house. Termites are sometimes drawn in by specific scents and smells so be mindful of the things around your house!

As we already outlined, Victorian architecture style is various, but there are several repeated elements that can be grouped in separate sub-categories as following: 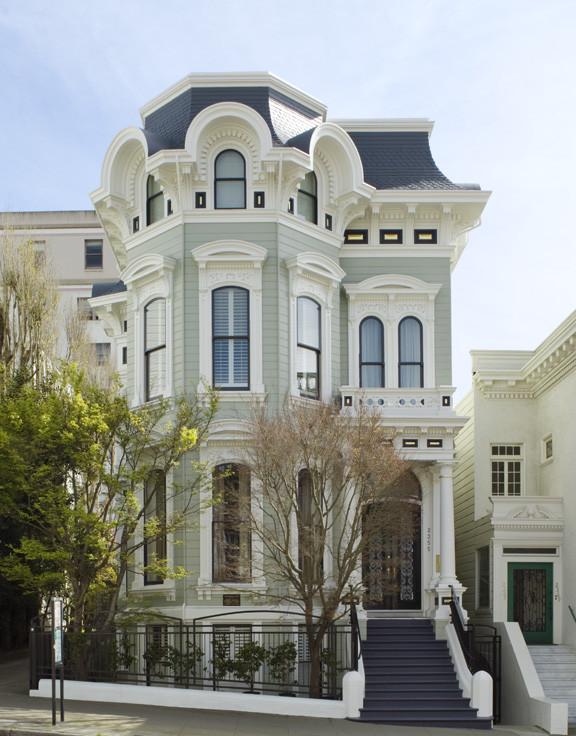 The original appearance of the style dates back from the moment when American cities began to progress in size and cultural variety. It was something like a revolution in the architecture there because the new design felt in a way urban. It brought the spirit of Western Europe homes. Typical for that period were the buildings with a lot of ornaments with tall facades and a roof in a mansard style. Usually, the architectural projects included dormer windows at the highest level of the construction which gives the impression of a unique style, yet not so majestic like the French chateau architectural style, for example. Entry doors were usually double and the floor plan typically rectangular. 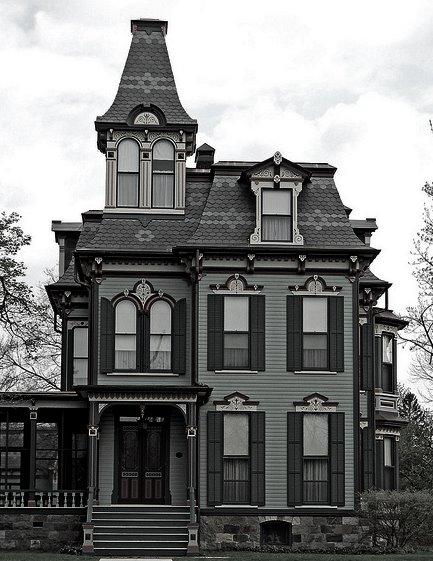 Victorian style in its early years can surely be defined as innovative. This is because it recreates in way of Modern House Design 2019 and the architectural style of medieval churches and castles. Of course, the typical for all the Victorian houses elements still present, like the multiple colors, walls rich in texture, steep roof pitches and, this one is really specific, below the gable there is usually a vergeboard. 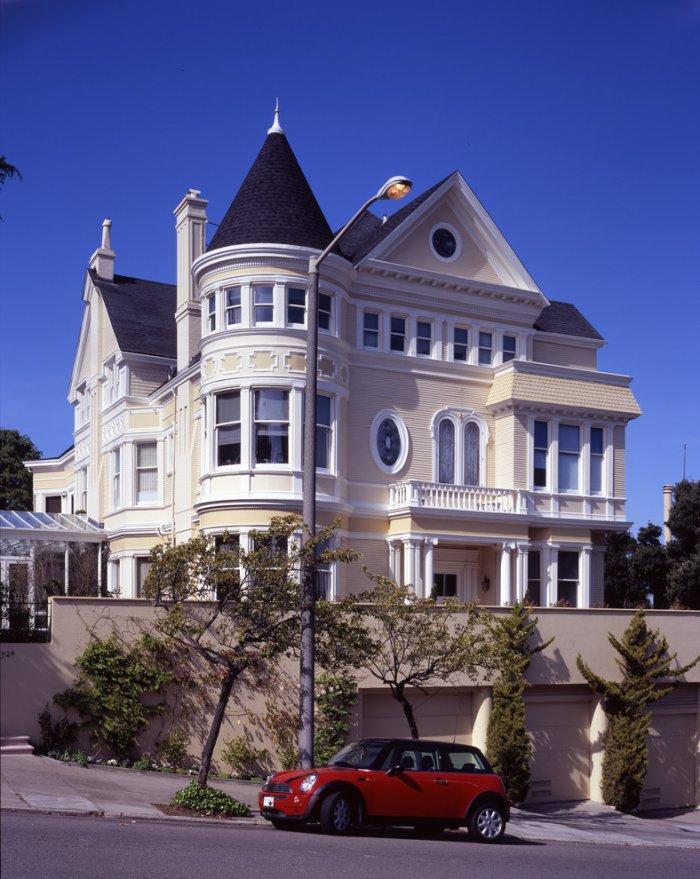 This style is the most common among all Victorian styles. Richard Norwan Shaw is the most famous influencer in the years between 1875 and 1905. Rich ornamentation in British style is the most typical feature of The Queen Anne style. Porches with gables in combination with towers in circular forms, windows used for allowing huge amounts of light and also functioning as decorative elements, modern home decor, enormous variety of colorful accents, textures and patterns – all this characterize the Victorian architectural style of that specific time period. 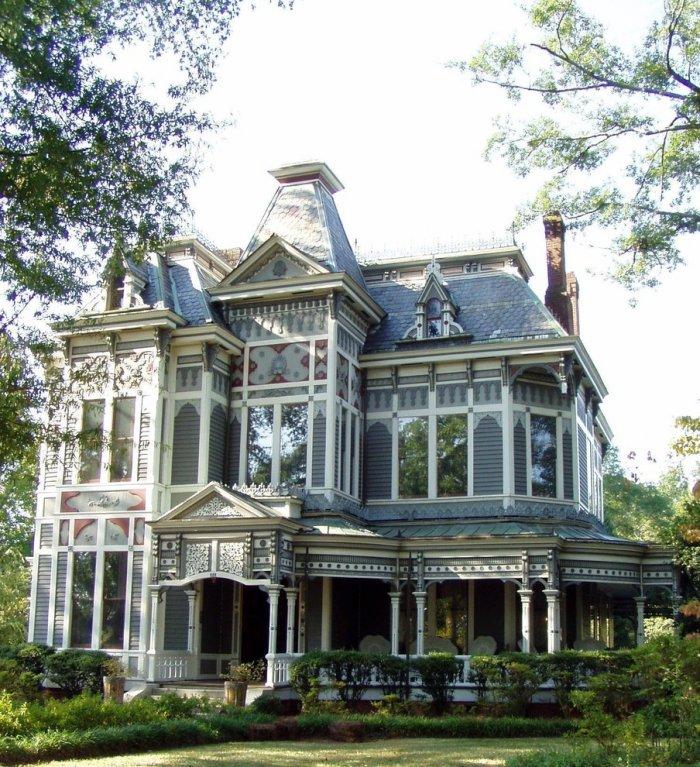 In Stick Eastlake homes one can find the richness and creativity of human mind in the wood and framing the constructions. This is a natural consequence of the time when the building materials became more affordable and easy to find. You can recognize a home of that type by its decorative trussworks. Another feature that establish the distinguishment for this particular type is the simple gables and the specific form of the room – usually they have a steep pitch. An outstanding material that can be often found in this types of homes is wood, and especially shingles. 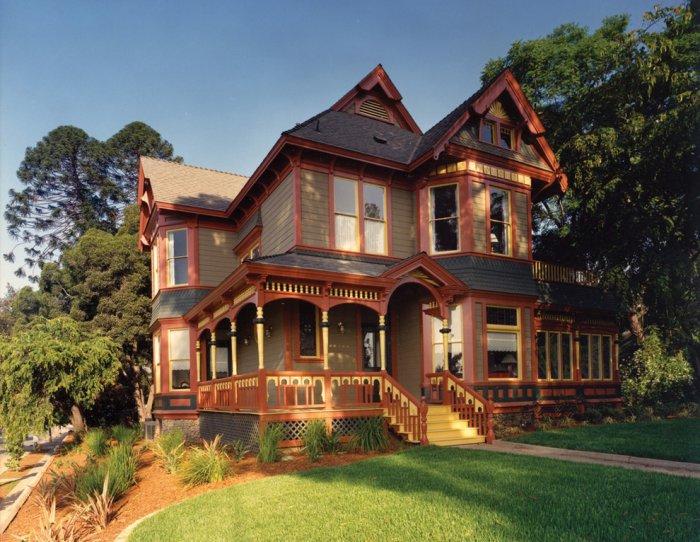 The Folk Victorian architectural style is marked by the fascinating combination of Victorian romanticism, classic English cottage and, an outstanding addition, American homestead style. The location of these homes can be rarely found the surrounding s of high populated urban areas. They are usually nested in rural settings matching together the functional advantages of a house and the decorative beauty of Victorian style. 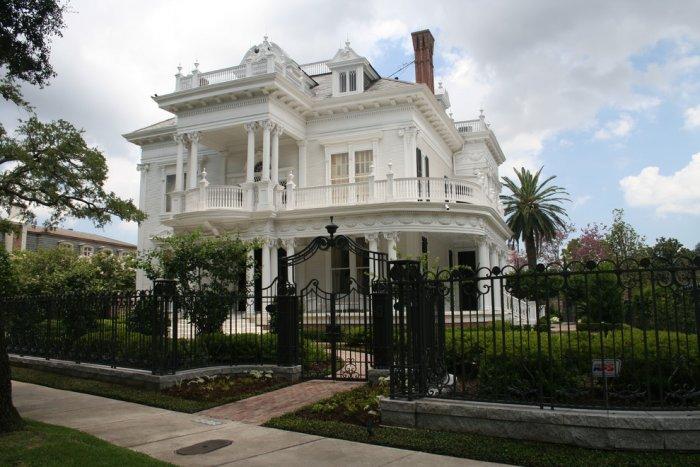 These homes are usually thought to have been inspired by the county villas in Europe. Some of them are a true replication of rural Italian houses in Roman architectural style. In fact, such mixture of old traditions and modern building technology allows the fantastic result called Italianate Victorian Style. You will definitely recognize such a house by its huge front porch decorated with brilliant eaves, the gorgeous arched windows, Corinthian columns, etc.

Shirley is a content writer at Shrushti, who has written on a technology, from Jewellery to SEO Software. In her free time, she enjoys dancing, sketching, cooking, and shopping.

The Mindset of Costas Polycarpou — How to Deal with Business Growth

Being a business owner is often linked to a lot of responsibilities. Management, customer servi ...

The importance of the foundation of a house is hidden from none. If due to any reason, the foun ...