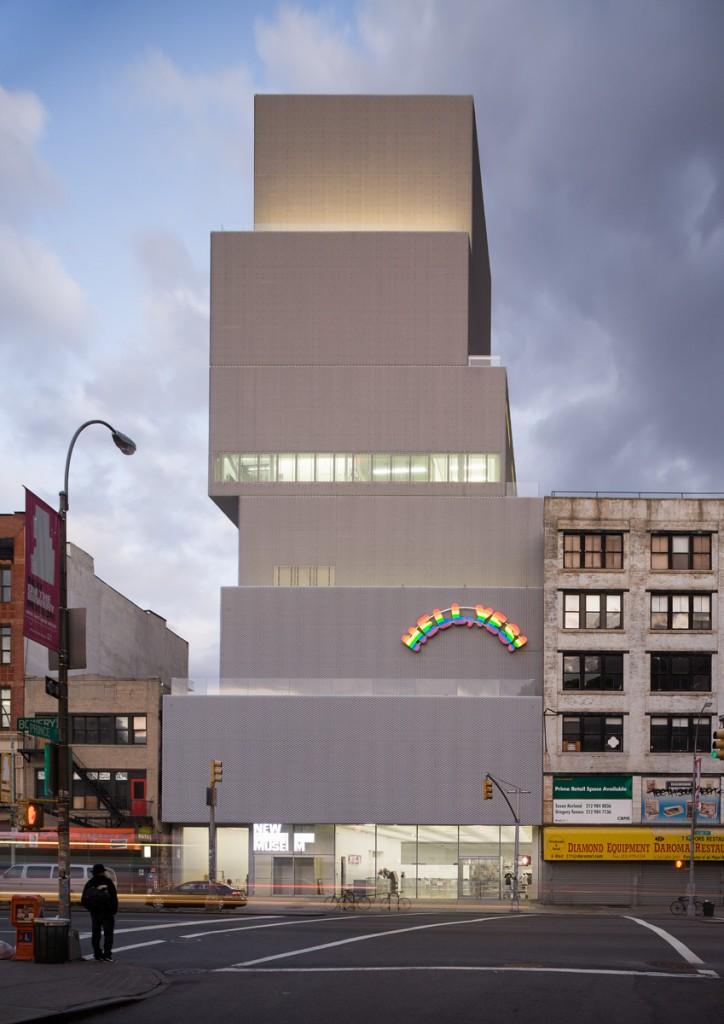 In 1977 in New York Marcia Tucker founded a New Museum of contemporary art. From the very beginning the idea was to create a place, which stood somewhere in between the alternative and unconventional exhibition spaces and the leading museums where the established artists come first. Its significance for the cultural life of the megalopolis is indisputable, but only 30 years later, on December 1, 2007, did the institution obtain Its own building.

It is the work of Kazuyo Sejima and Ryue Nishizawa from the Japanese architecture studio Sanaa. The concept for the project is in the spirit of sculptural tradition – six rectangular boxes are piled up one on top of the other, at first glance randomly. Each of them is removed from the vertical axis and together they look as if they could be easily toppled. They are covered by a net of anodized aluminum, which clothes the building in a thin, discretely glittering layer and accentuates the volumes of the blocks. It delicately changes the colour of the facade from milky white in the morning to metal grey in the evening, and makes the huge windows reflect light in a mild, soft manner.

The view through the net to the outside, on the other hand, is if broken into small glittery particles. This dynamic look is a perfect metaphor for the ever changing nature of contemporary art.
The additional windows on the ceilings of the separate boxes formed by the variously placed surfaces of the different floors provide the access of abundant daylight into the vast interior spaces.

The core of the building – a huge vertical support pipe of steel and concrete – accommodates ail lifts, water-conduit and electrical systems, and leaves room for spacious, column-free halls with high ceilings. A place perfect for exhibiting often large-scale art.

The advertising campaign for the opening of the building was done by the creative director of Google Creative Lab Ji Lee. Based on the unique silhouette of New Museum, the logo was presented differently in different city environments. New Yorkers could find in the subway stations, on the public transport buses, on the already existing advertisement billboards or as a separately standing 3-D object on the street that actually was a strange bicycle. 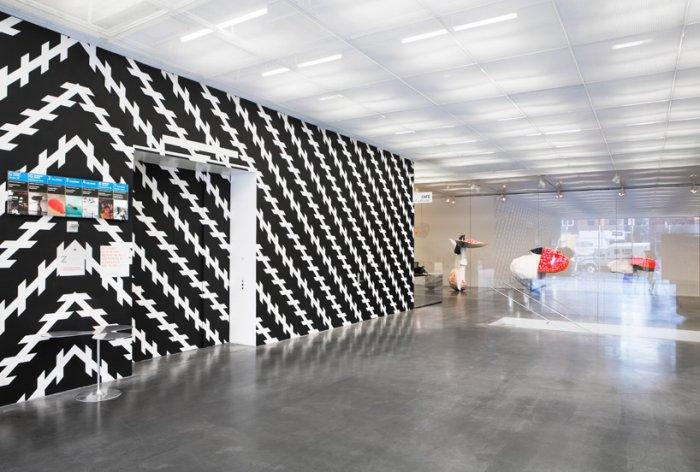 The interior design of the museum. The architectural plans are fascinating. 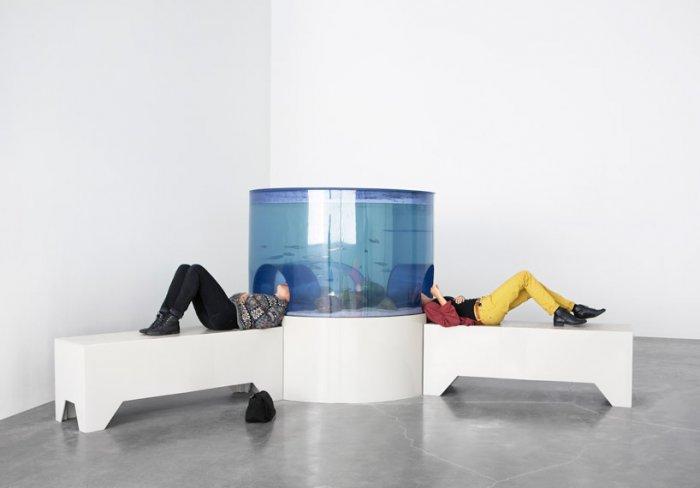 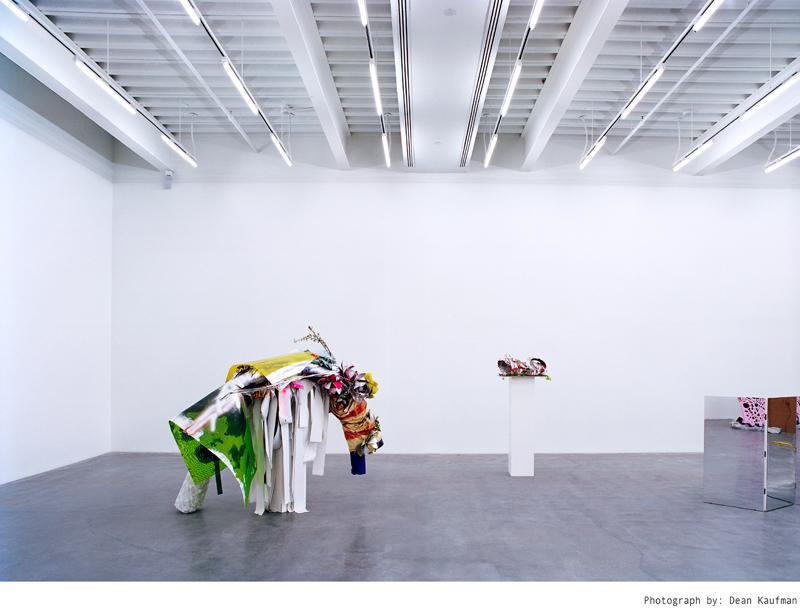 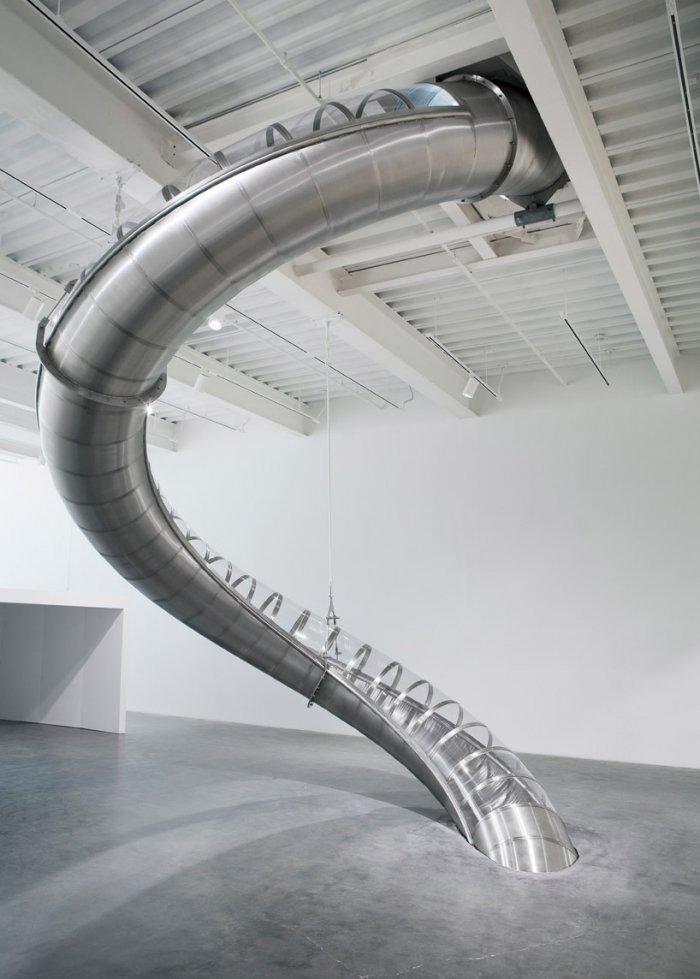 A modern slide is inseparable part of the architectural design. 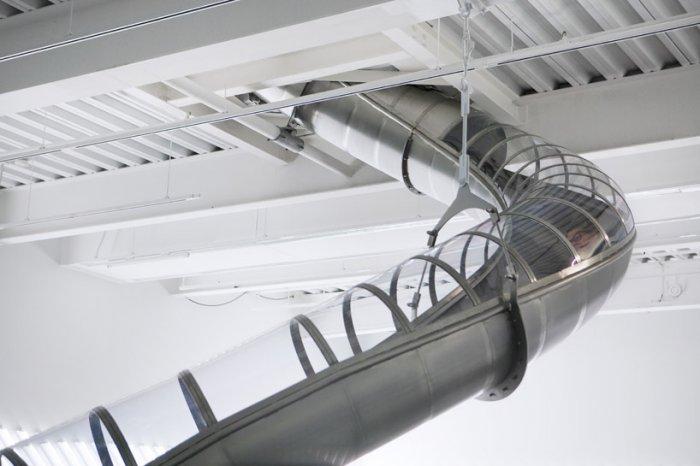 Do you want to take a ride? 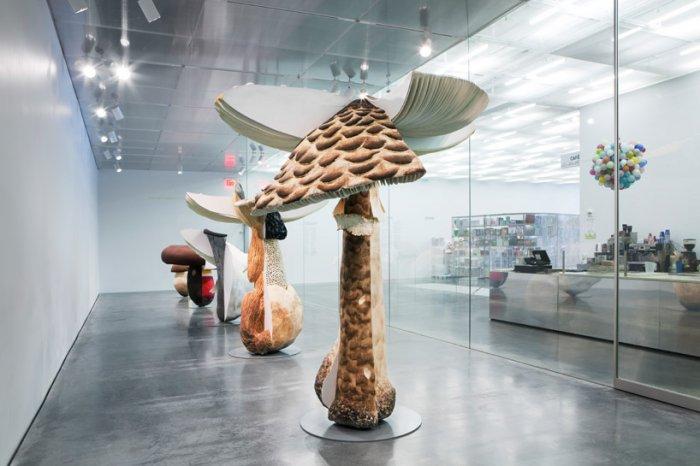 Contemporary Architecture instalation – such king of art can often be seen in the museum in New York. 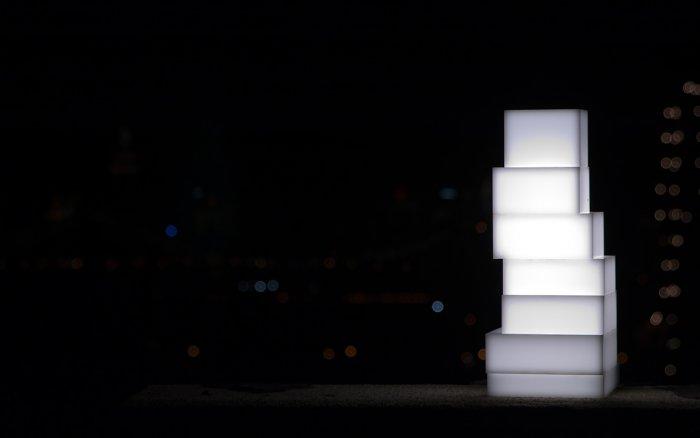 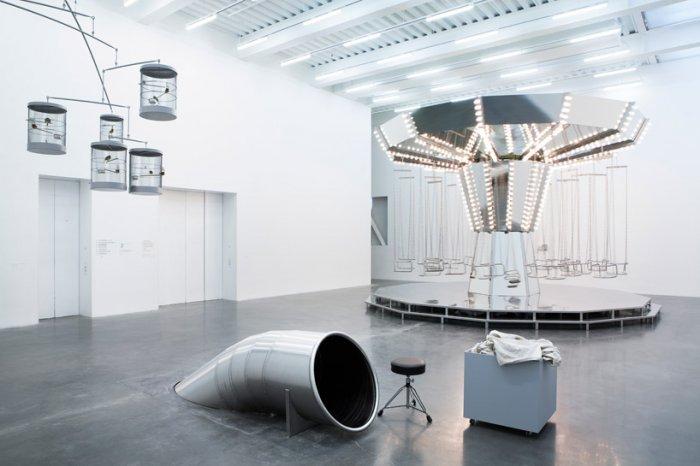