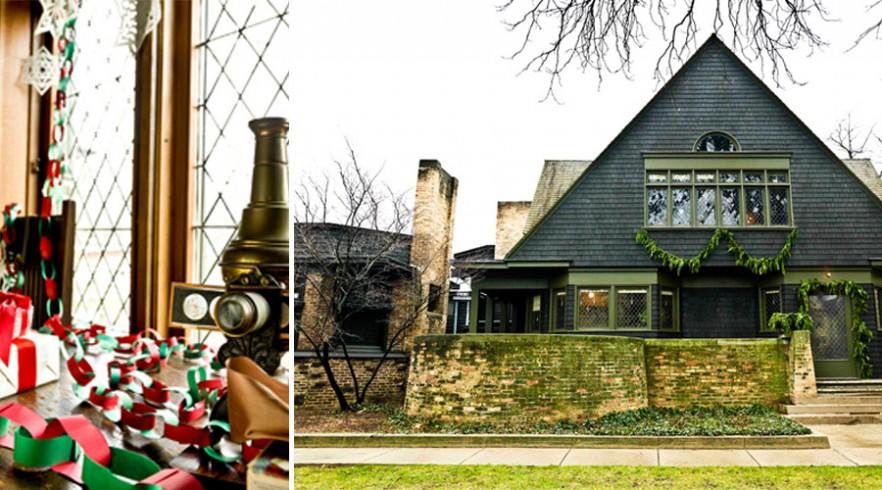 You can feel the authentic atmosphere in Frank Lloyd Wright’s home just as it had been decorated in the early years of the 20th century when it was inhabited by one of the most famous architects in the world. Nowadays, on every occasion the original decoration comes alive to impress all the visitors to this stylish and elegant property. And now, just some days before Christmas, we would like to show you how Frank Llyod Wright used to arrange his lovely home for the forthcoming holidays.

BY the time when Wright lived, there weren’t many Christmas lights used for decoration. Instead, all the people placed natural green wreaths or garlands at the front door of their houses. The house is located in Illinois and has been constructed by Mr.. Wright for himself and his bride, Catherine Tobin. There mostly everyday living areas on the first floor, like living room, dining room and kitchen. Of course, it would be really naive to think that Frank Lloyd Wright wont use some of his iconic works inside his place. Such masterpieces are the built-in benches that Mr.. Wright made popular in the modern home design. 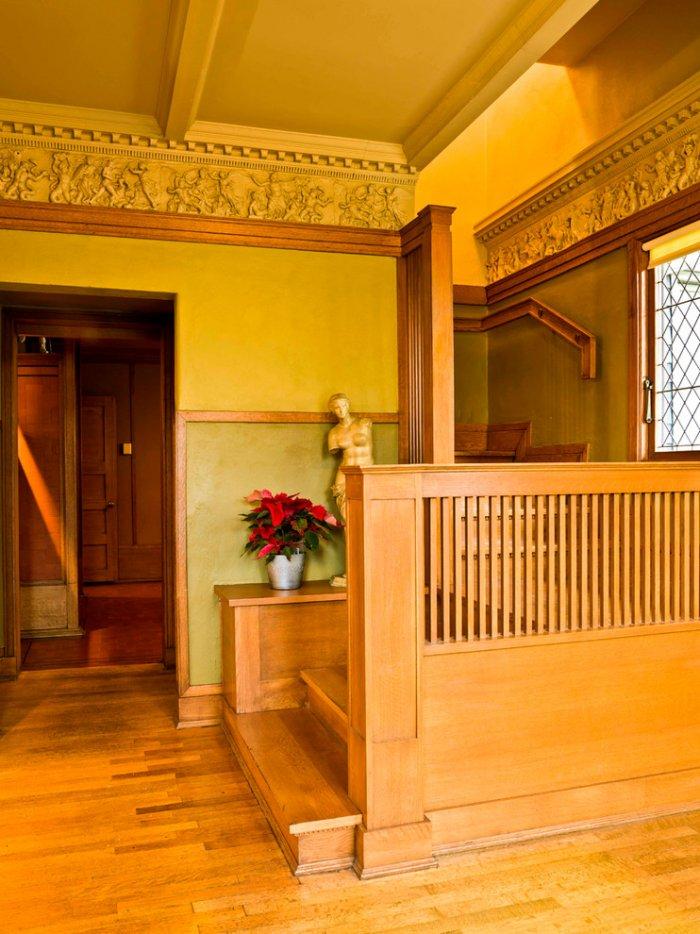 In the late 19th century most of the constructions in their most modern state consisted of boxed in areas. As a counterpoint, Wright created this splendid entryway that leads to an open plan disposition of rooms. Needless to say, the interior of the house is strictly elegant and simple with emphasized horizontal lines.

The beauty of sunshine is allowed through large glass panels highlighting the features of the open floor plan. At the place where the wall and ceiling meet each other, Wright placed marble, ordered far ago in the early 20th century. 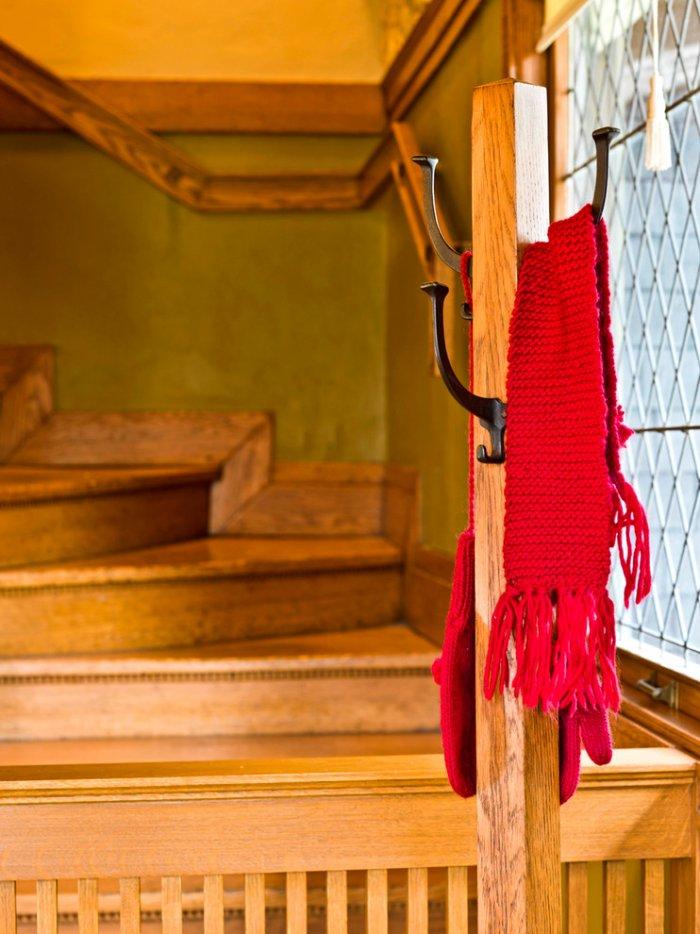 And because it is Christmas time and because we wanted to show you the festive appearance of the home, we should begin our Christmas story with this simple and elegant red knitted scarf that is the first decorative item that one can spot when entering the room. 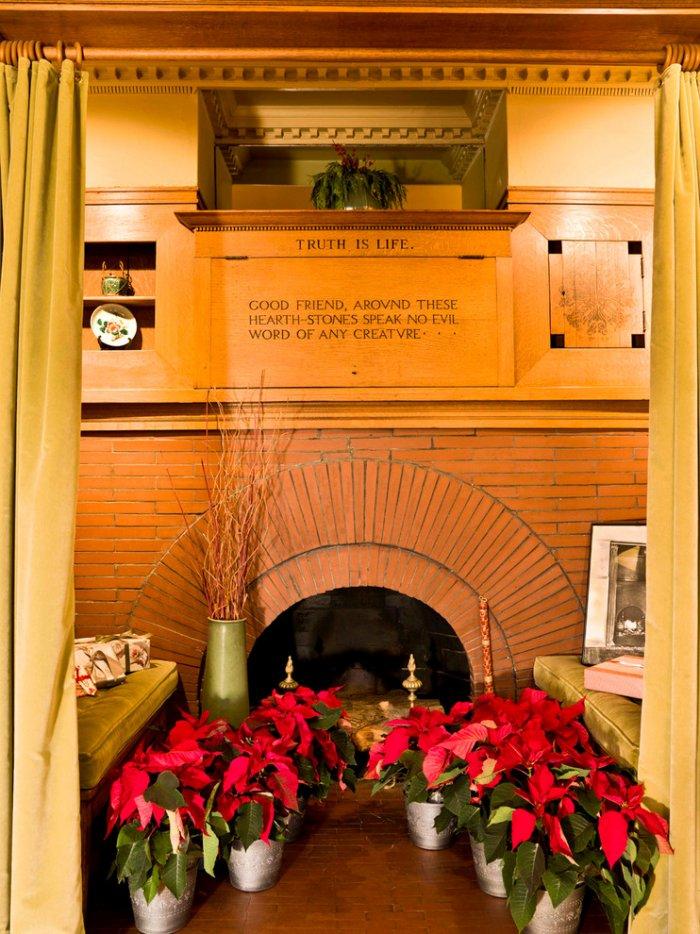 An usual place for the children’s gifts was the seating built into the fireplace inglenook. In case you own one at your place, you know where Santa Claus have left all the presents. 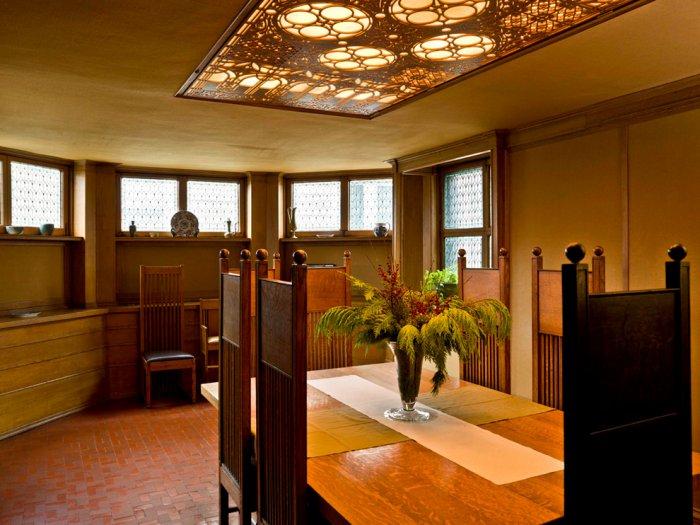 It is obvious that once the couple got married, the family became bigger. This incited Wright to transform the kitchen into a dining room with a formal character during the renovation that he made in the late 19th century. In this arrangement, two of the chairs are the original ones that the Wrights used for their lovely evenings with the entire family.

During Christmas, the family was extremely happy to use such kind of a festive table centerpiece made of natural-inspired plants. And now, we should mention probably one of the most interesting rooms in the property – the spacious playroom on the second floor that had been designed during the renovation. Not surprisingly, this had been the area chosen for the 12-foot Christmas tree that the family loved to enjoy inside their cozy home. The original decoration of the tree consisted of candles, instead of Christmas lights. This is why the kids were no allow freely to the room where the tree had been settled. For security reasons, there had always been a bucket full of water nearby. 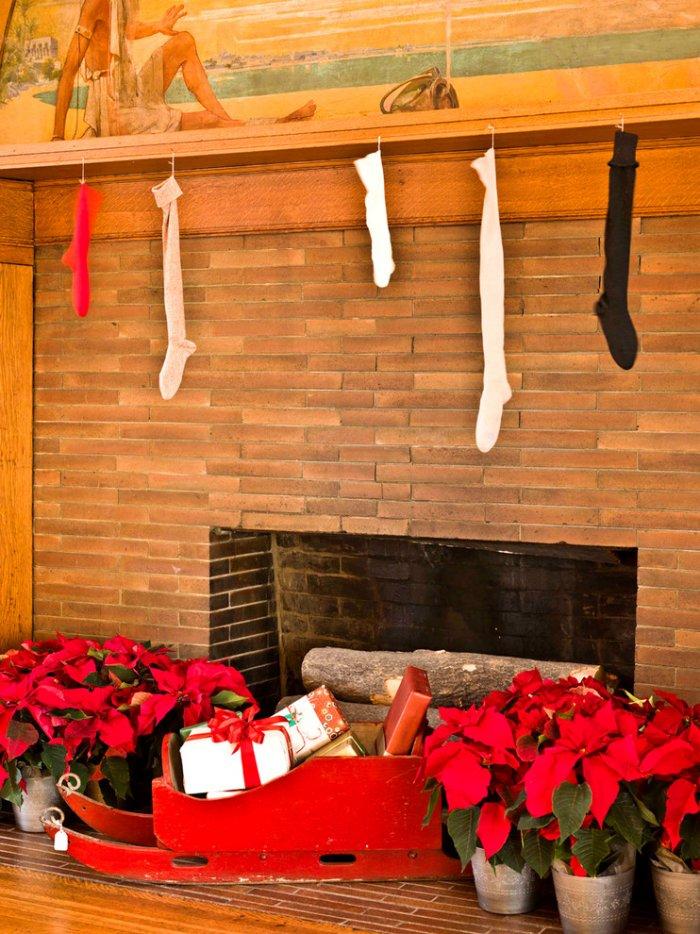 Traditional white, red and black Christmas stockings were an usual sight during the holiday days in the house of the united family. 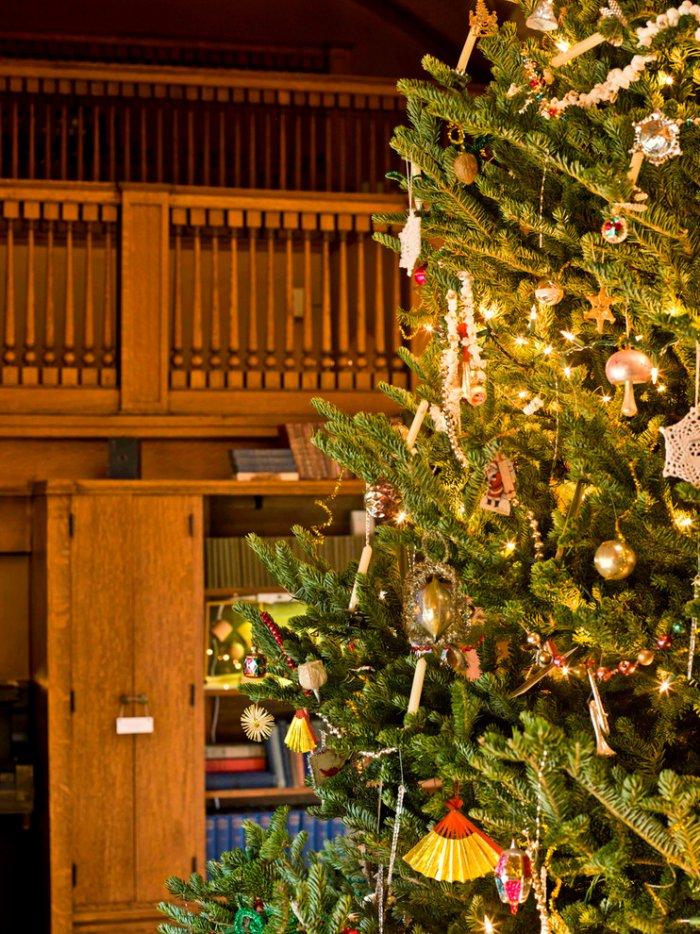 Handmade popcorn galrands were a traditional addition to the sparklind Christmas tree decoration. The children simply loved to prepare them! 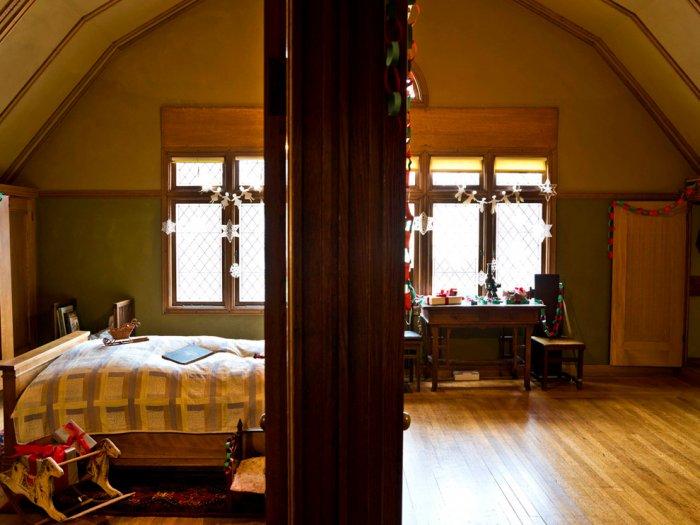 Fortunately, the expansion of the family was the reason for separating two kids bedrooms in the house. A wall separator divided the area into two functional areas. One for the boys and one for the girls. 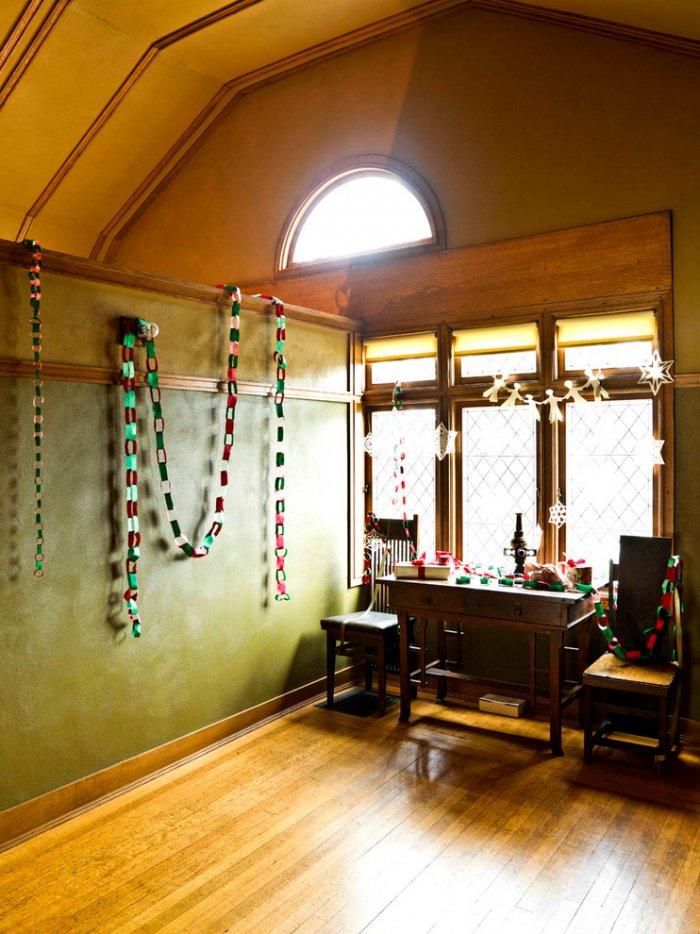 A stylish Christmas decoration complements the elegant interior design of the house. Colorful garlands in matte colors and white paper Christmas ornaments add a simple and festive touch in the house. 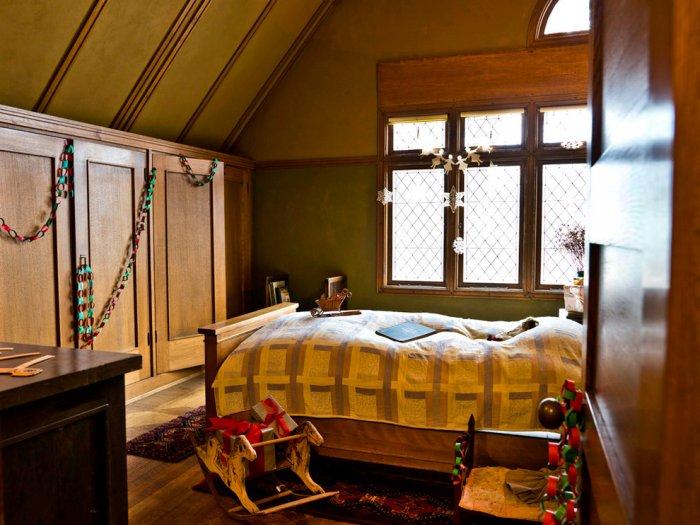 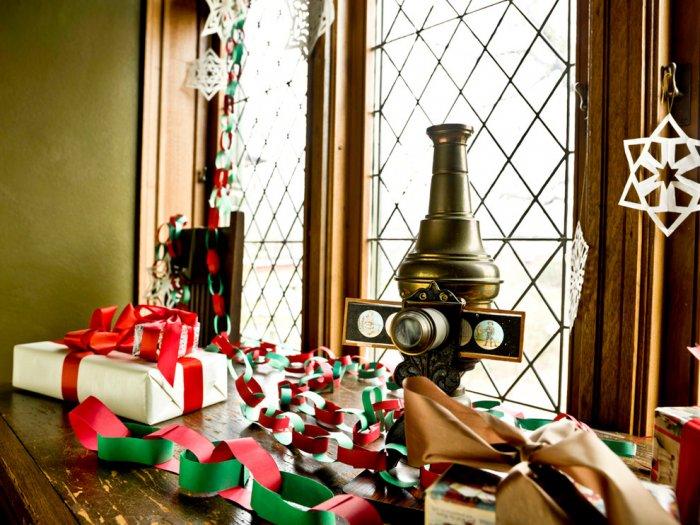 In the children rooms you can see the same original decorative hand-crafted garland chains and paper items as in the previous images. 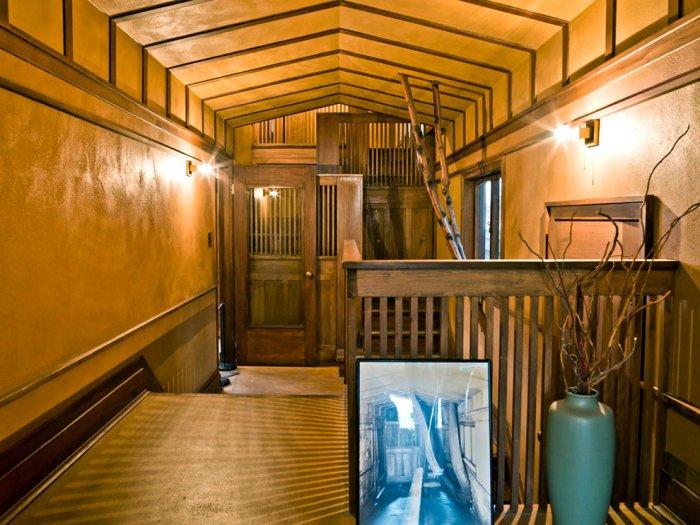 When renovating the house, Wright added the corridor to his studio. There was also a tree that had been later removed but when by the time it existed, Wright built the hallway around it. Now, there is a replica of the tree there. On your left hand side you can see the door to the first level of the studio, while at the very center of the image you can see the stairs leading to a balcony situated on the second floor. 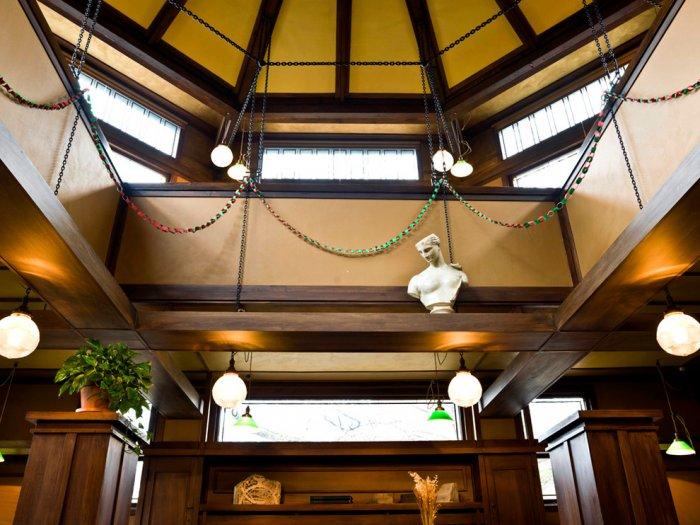 As we have already said, Frank Lloyd Wright’s home was a really innovative building by the time it was built, combining all living areas into an open plan construction. For Christmas holidays Wright saw an unique finishing lines in the handmade paper chains that his children prepared. That’s why he placed a lot of them in the house. They somehow seems to fit perfectly into the architectural lines of the interior. 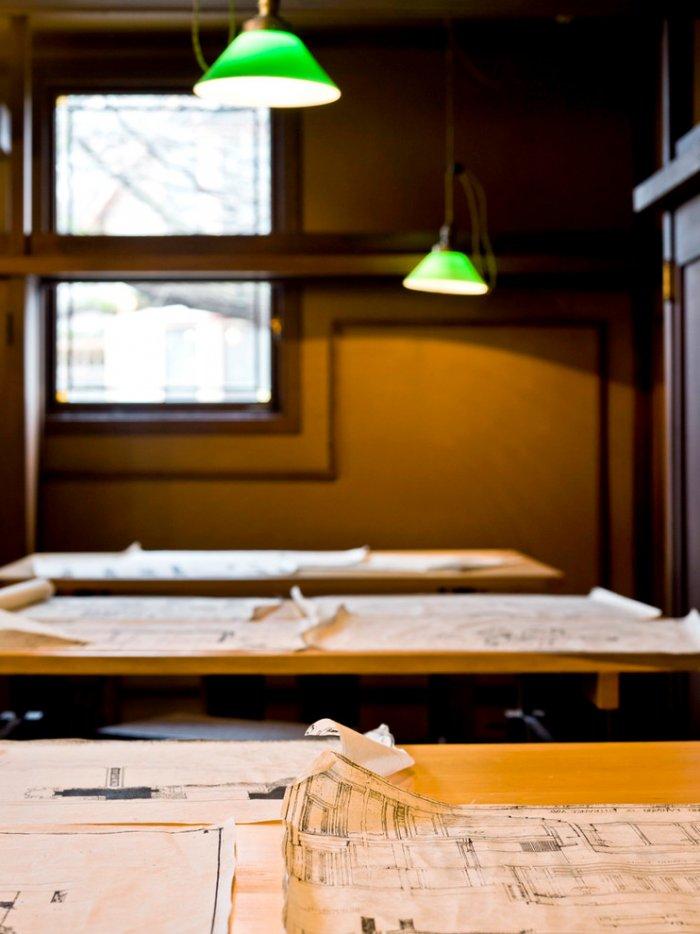 The famous Forbore blocks was Wight’s inspiration for using geometry in his design works. 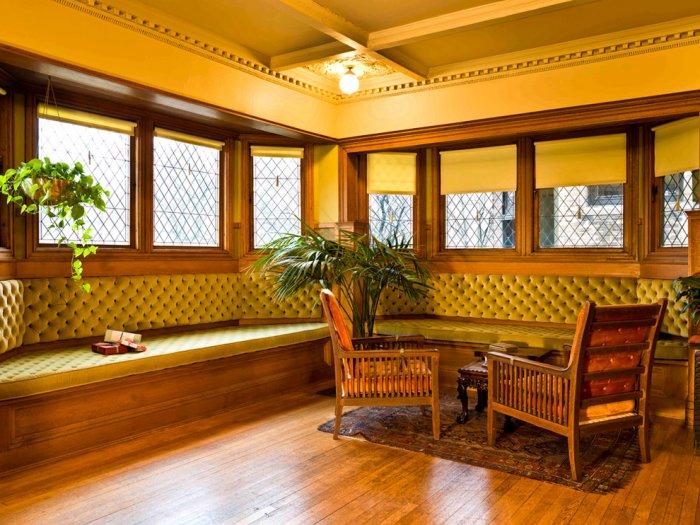 Having an own studio was a perfect way to unite both his work and his family life. 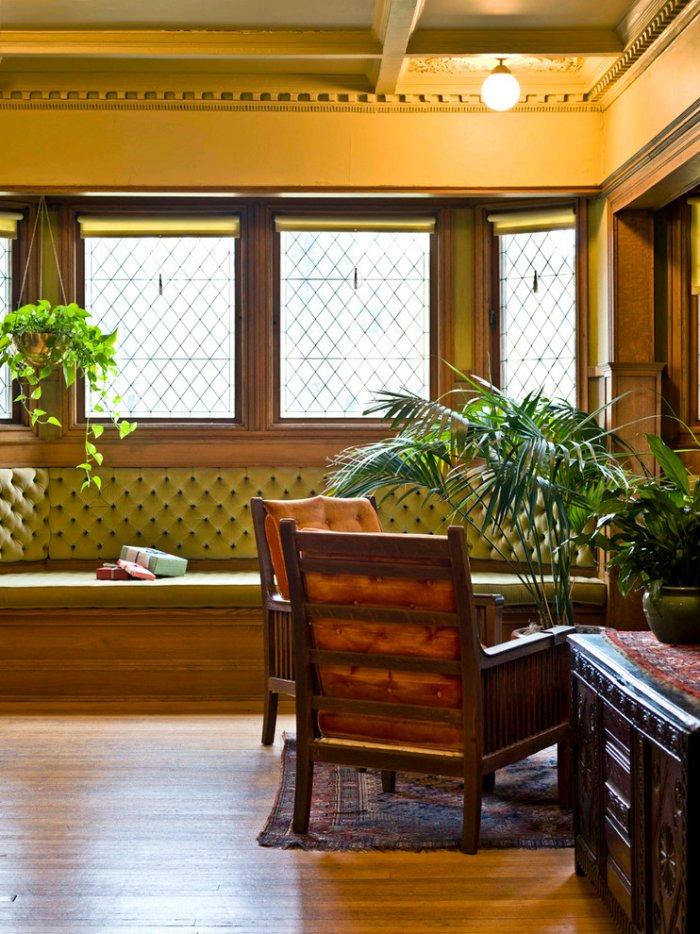 You can see some of the Christmas presents displayed here. The Wrights loved turkeys served on the Christmas Eve dinner. The children also love to help their mother making cookies and candies in the kitchen. 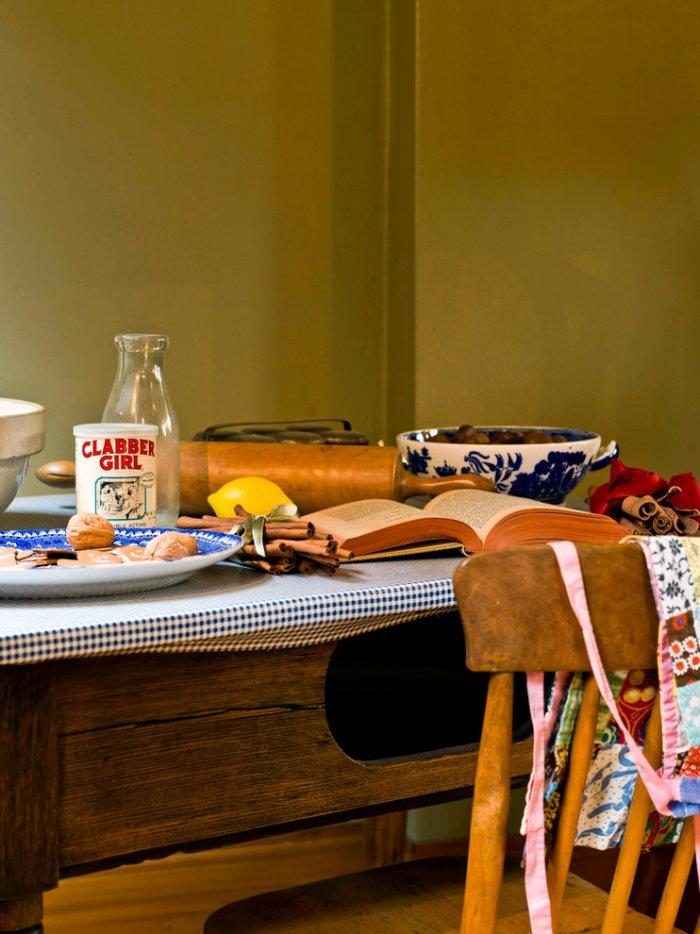 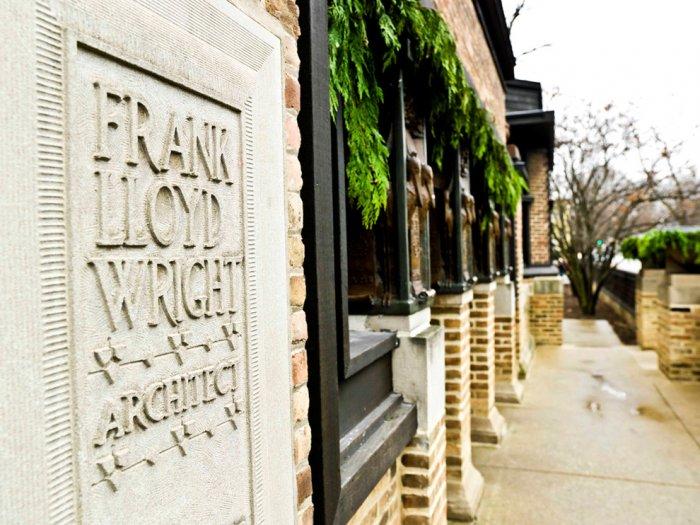 The exteriors follows the decoration ideas from the interior – simple and fresh. 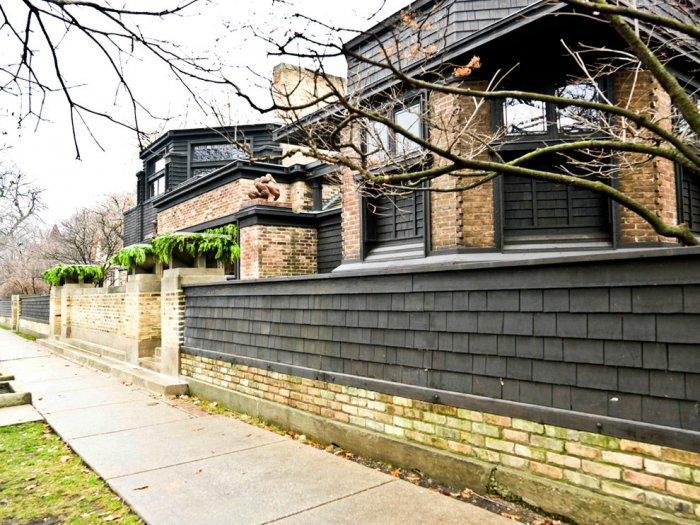 The facade of the studio differs a lot from the one of the home. This is because Wright wanted to create a distinguishment of the two functional spaces. He wanted his clients to enter the studio, while his family members to be able to enjoy the welcoming look of their cozy nest. 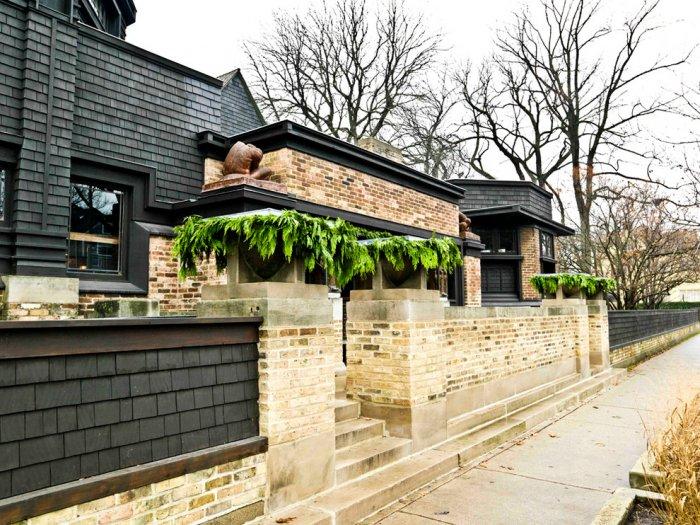 Design Tips to Help You Choose Windows, Doors, and Blinds for Your Room Remodel

Spread the loveIf you’re thinking about redoing a room in your home or office, it’s important t ...

7 Questions To Ask When Hiring A Renovation Contractor In Perth

Spread the love  If you are planning to renovate your kitchen, your bathroom, or any other ...

Choosing a Realtor for Vegas 55+ Communities

Spread the loveChoosing a Realtor for Vegas 55+ Communities You can find plenty of realtors in ...