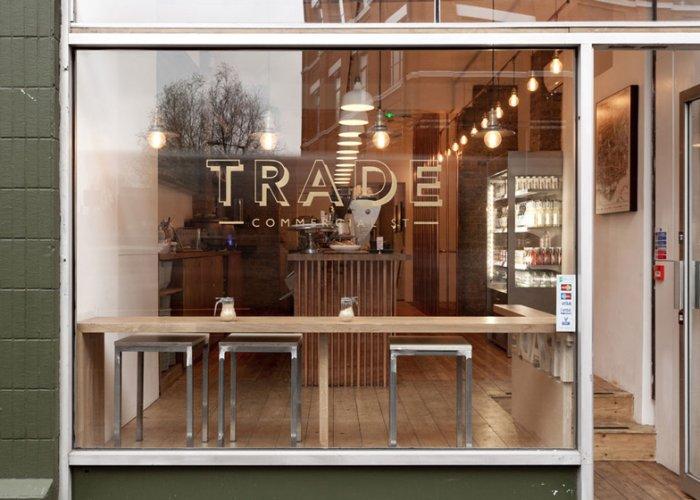 Today we will reveal one project of London firm TwistInArchitecture that is an interior of one east London café. Here we find timber boards, copper tubes and metal light fittings, which main function is to reference the area’s trade history. That’s why it is called Trade and it is located on Commercial Street of east London. 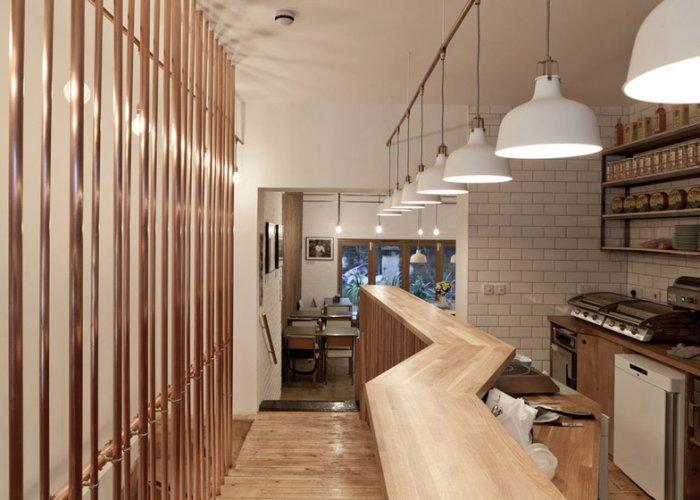 Bar panel inside a modern cafe

The café is converted from run-down space and the designers decided to separate it in three zones that can be used for coffee and food preparation and customer seating. The main idea of the main designer and co-founder Andreja Beric was to create one “contextually responsive environment” thanks to the reusing of materials that have been traded before along the street. The designers felt the place kind of strange because of the three different areas and they wanted to create something that will take the role of common thread. That is the lighting grid that hangs from the ceiling. It is created by copper tubes, which are also used in different combinations to create a clad the base of the plywood counter and a screen in the middle of the café. 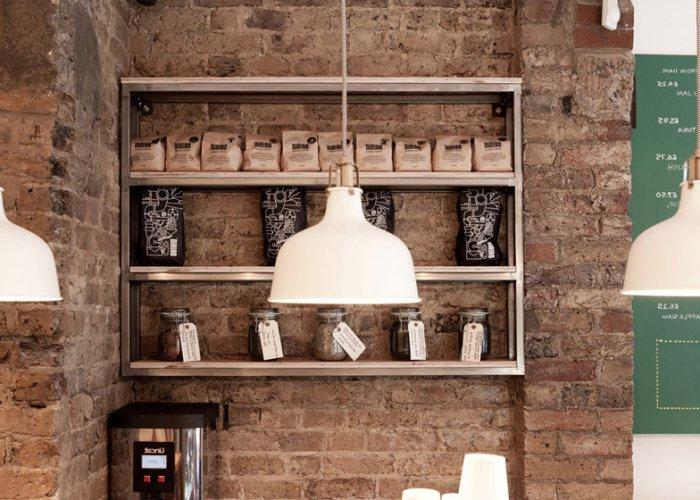 At the rear from the counter top in the food preparation zone to the customer-seating zone are located pieces of laminated oak wood. In the seating zone there is a floor-to-ceiling feature wall made by recycled boards. The café has also a wooden deck that is seen thanks to the inserted bi-fold doors. Thus there is more room and extra light into the space.

The designer explain that the lighting was the main point of the design, that’s why they wanted to achieve rhythm with this. The combination of copper and wood make that feeling for the café because they are warm materials and make good contrast with the shiny and matte surfaces. 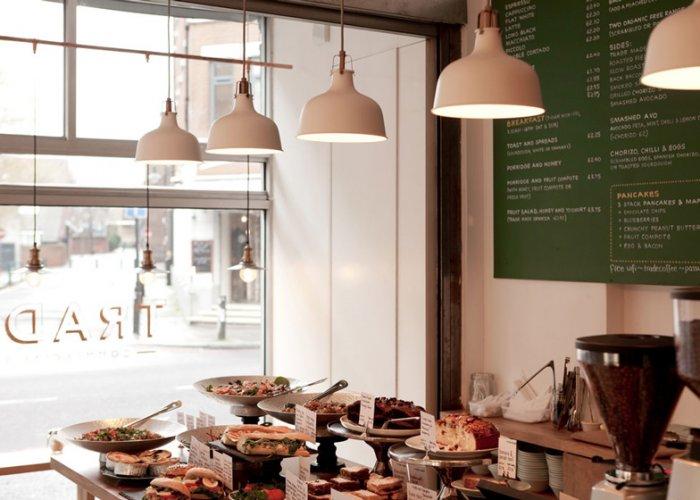 We also see wooden floorboards, which already existed, but they were stripped of the painted surface and varnished. We have two wall sections, one exposed brick wall and the other is lined with white tiles. 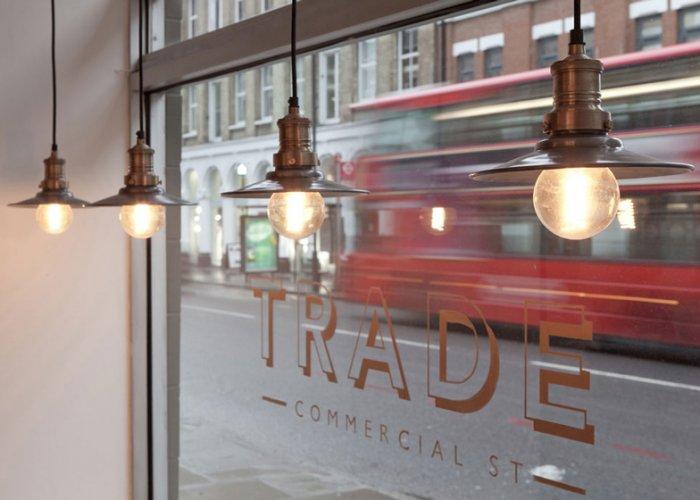 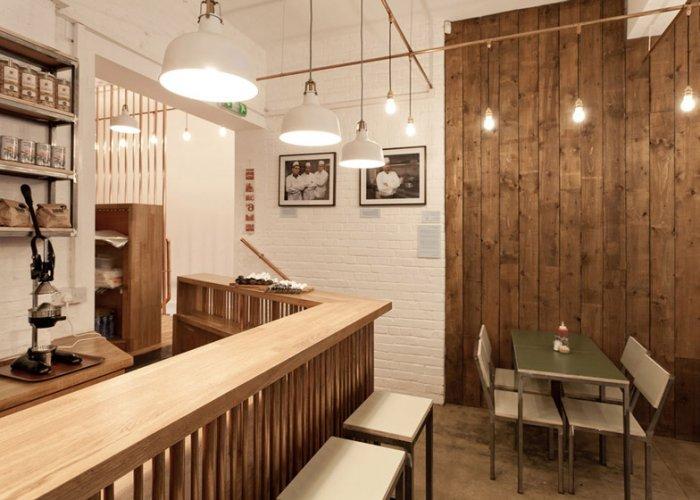 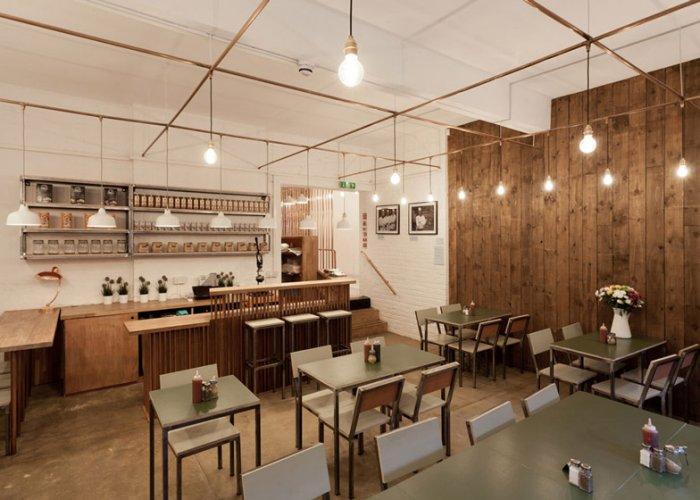 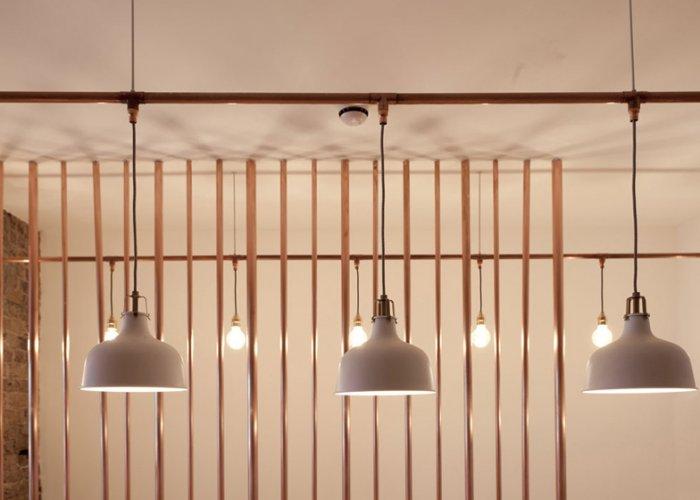 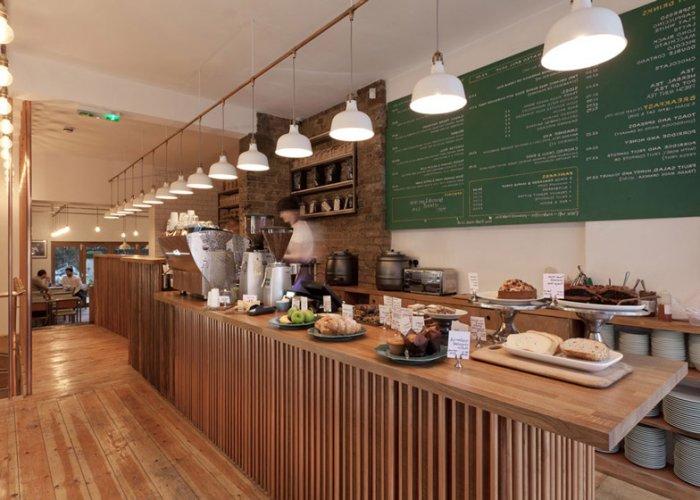 Serving area inside a modern 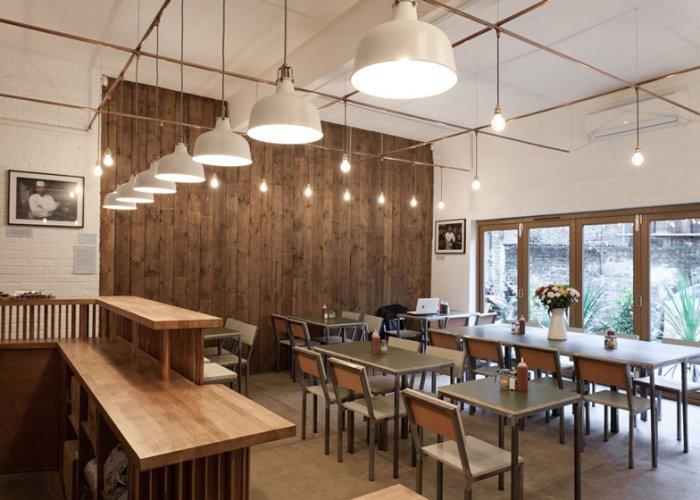 6 Advantages Of Modular Homes All Home Buyers Should Know

Nowadays people want to live in a modern home but many people do not have a budget for that. If ...