There has been a study in America for the most famous and favorite buildings in the country. Not surprisingly the Biltmore Mansion and its château style is in the top ten results. The architecture style of the building is a symbol of wealth and the upper class in society. And not only the appearance is spectacular, but also the facts about the construction. The 178,000-square-foot house accommodating 250 rooms makes it the biggest residence ever built in the USA.

Richard Morris Hunt found his inspiration during his visits in Europe and more precisely, France. As you may know, there a lot of 15th,16th, and 17th mansions in the countryside of France that hold the nobles spirit and royal atmosphere in their every detail. You can find almost everything there – from the Gothic inspired designs till the curves typical for the Italian Renaissance or the later Victorian house architecture style,  for example. What we experience now as château architecture style has been developed as a style around 1880 year. There only few buildings by that time constructed in such a style because of the needed amount of materials and money, but after the 20th mid-century boom of millionaires, these homes became more and more popular.

All the massive constructions that have the similar appearance as Biltmore have something in common – the stone cladding and the shape of the roof, forming a steep slope. A complex mixture of dormers break the strict lines of the eave, thus highlighting certain elements, like the attic, for example. The chimneys are massive, as they always have been in the château architecture style. A great feature in this kind of buildings is ability that space provides to place giant arch-like windows that reveal large amount of details from the interior of the place. Imagine that you see a beautiful lady in stylish red dress, carrying a candleholder in one hand and her other at the massive wooden railings of an elegant staircase.

Now, let’s get back to the reality and have a look at this smaller in size French chateau. It is located in the surroundings of San-Francisco and knows how to impress its visitors. The location reveals delightful views and the construction itself is richly built in different ornaments. In our previous example, the Biltmore you could clearly spot the symmetry used for this type of buildings. However, there are architects that stick to the outer appearance and the atmosphere that the château architecture style creates, but they prefer to make their projects asymmetrical. 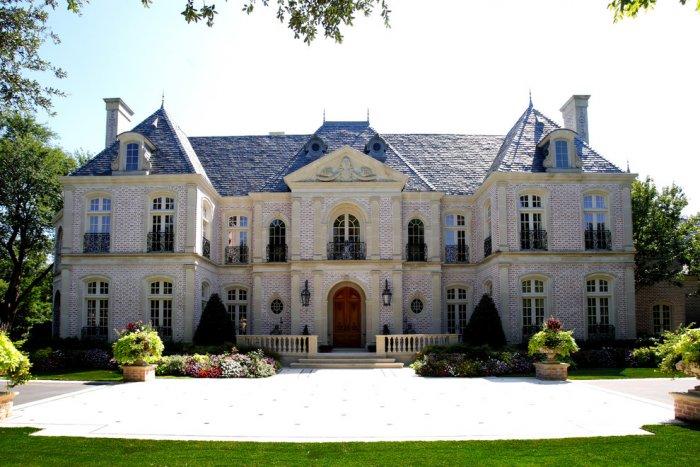 In the next example you can clearly define the nice balance of all the details that are living in a perfect symmetrical synchronization on the facade of the mansion. At the area of the main entrance, you can see how the Roman arches suit very well with the French chateau style. Pilasters in classical style and a pediment with stone reveal the precisely and professional approach of the architects of the project. Two beautiful dormers complete the marvelous appearance of this French style home. 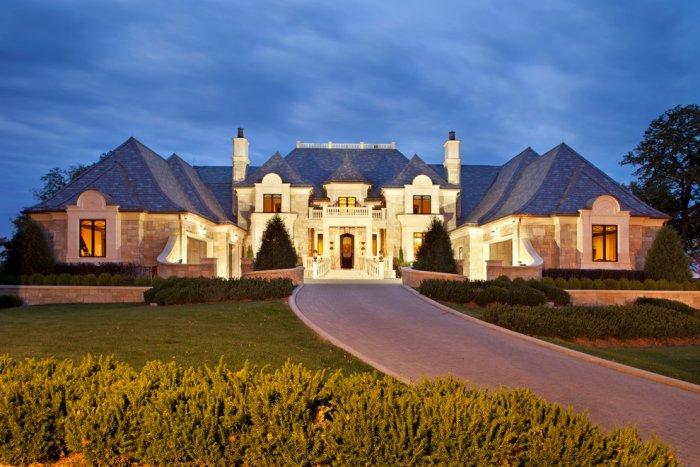 Our next exhibit is less giant in size as the previous one, but it is still very remarkable. Balanced elements lined in symmetrical points define the characteristics of this house. Stone material is used as a typical material, but the difference with the authentic chateau architectural style is that here it is used mostly as a veneer. You can easily understand whether a house of this style is built far ago or it is a recent construction. The original ancient mansion use stone as a cladding, while the newer representatives bet on wooden-framed constructions or stone veneer in some cases. 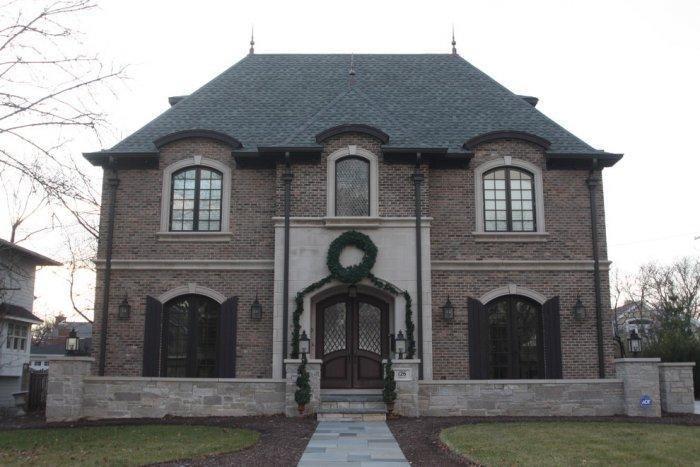 The stone used in the next house distinguishes the design from the French eclectic houses. The designer lines typical for the château style are highlighted by the broken eave and the belt line.

This amazing modern luxury mansion definitely takes its inspiration from the typical for the French chateau architecture elements. The facade has perfect symmetry and the appearance is majestic. 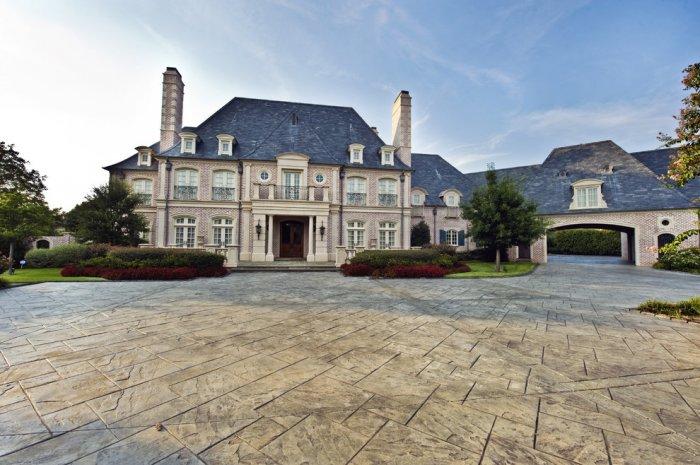 Dormers are the key feature in the facade of the house we are now examining. They form the overall appearance of the house since they have been used as focal point when one stands on a certain distance from the main entrance. On the main building there are several small dormers that break the eave line and allow enough sunshine inside the place. On the other hand, the second construction on the right has a wider dormer that completes the picturesque appearance. 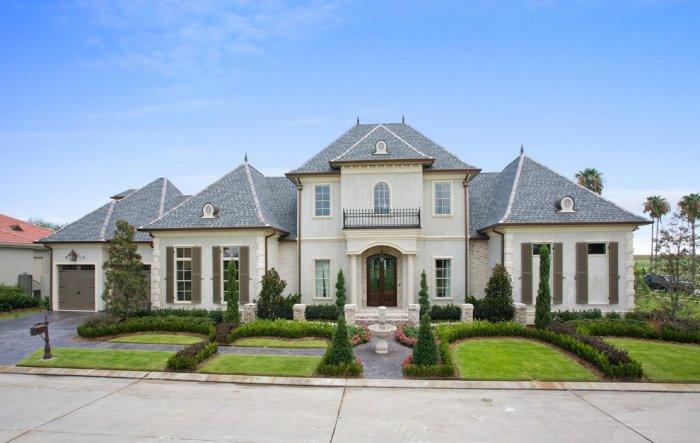 The following example is another masterpiece of the French architecture. In addition to the typical lines there is wrought iron added above the main entrance. 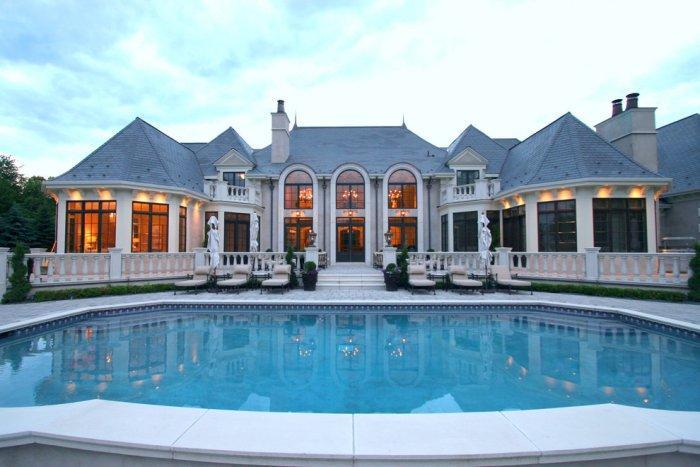 This gorgeous and elegant luxury house is constructing with a remarkable feature – the rear elevation. In addition, a large swimming pool reflects the beautiful facade and takes the visitor’s breath away. 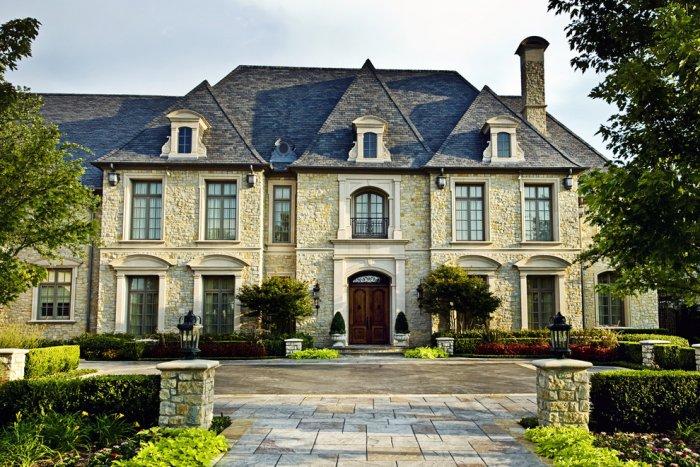 The stone facade of this gorgeous mansion is top class design. Pay attention to the steep roof over the main entrance. 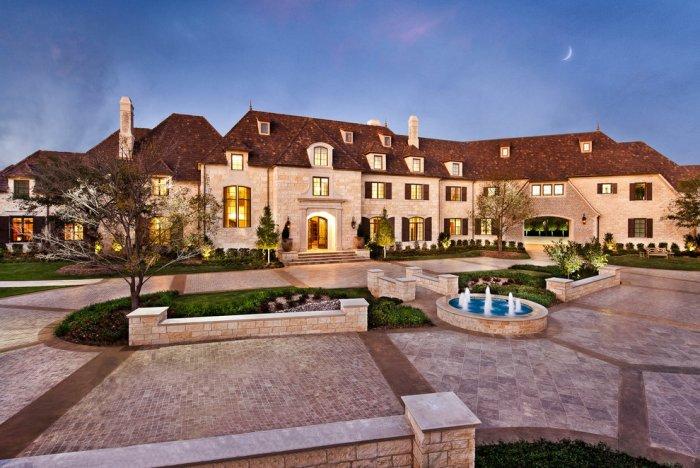 Do you remember Biltmore and its fantastic stone cladded construction? This house looks very much like it and holds the same spirit in its appearance. Again, there are dormers that interrupt the eave line and exhibit a little part of the private indoors. And the lovely stairs leading to the main entrance create the feeling that one goes a level up in his life when entering the house. 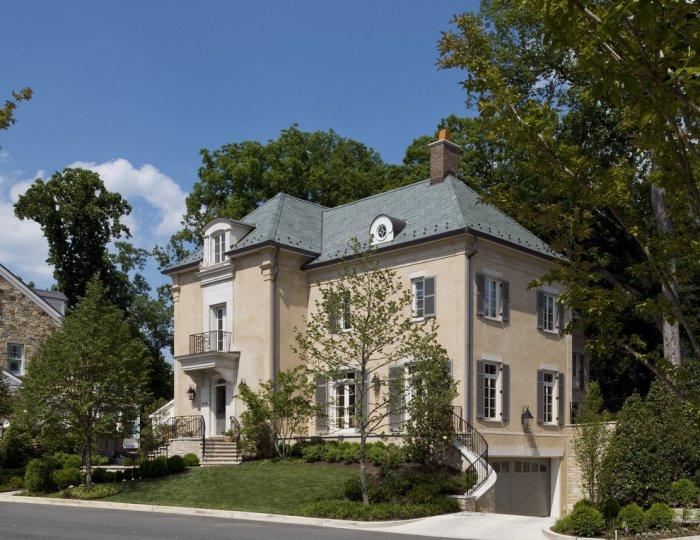 In the next house we observe more classical details and vertical emphasis, while the general French chateau architecture style is preserved.

And the last one is really impressive. Different architectural methods have been used to highlight certain house features, like the brick chimneys that contrast perfectly to the stone cladding.

10 Woodworking Techniques Everyone Should Know

Spread the loveIf you are a die-hard woodworking enthusiast or planning to start your own works ...