HomeBuilding TypeResidentialHow to Get Your Plumbing Needs Addressed 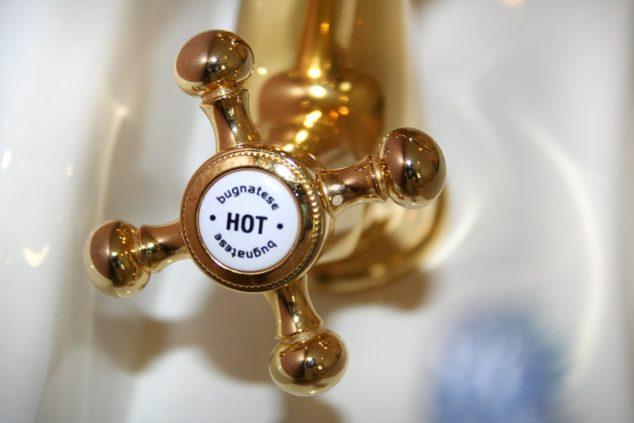 A lot of us that are not particularly handy or knowledgeable about tradesmen’s “stuff” can easily be fooled by unscrupulous individuals posing as legit professionals. One of the worst things that could happen to you if you wouldn’t be able to use a wrench to save your life is having plumbing issues. You can’t really postpone the repairs, in most cases, and you should be prepared to drop hundred of dollars, or even venture into 4-digit’s territory. In this context, you need to make sure you’re not getting scammed (on the quality of the service or on its price). Here are a few tips that should help you get through a plumbing repair as well as possible.

Start By Asking For Referrals

In this matter like in many others, asking a friend for referrals can be a lot more effective than asking a company to rate its own plumbing services. Before googling anything, ask around your circle of friends to know if any of them recently went through plumbing repairs and if they would recommend the company or individual they have dealt with. That would be a good place to start.

Assess Your Plumber’s Level of Readiness

A serious plumber should arrive ready for the task at hand, which has normally been discussed on the phone beforehand. Unless there was a misunderstanding, you should be weary of a plumber that has to constantly go back and forth between your faucet and his truck (or worse, his office) to look for a part or a tool. These guys typically charge by the hour, so your plumber is either ripping you off or he genuinely doesn’t know what he’s doing, which is worse. Send him on his way before he breaks anything else.

Plumbing being a highly technical trade, one could easily be intimidated by his plumber and refrain to ask questions. Some unscrupulous plumbers play on this to discourage their clients to ask legitimate questions because they’re trying to take advantage of them. Don’t fall victim of this maneuver. If something feels or sounds odd, speak up. How come this repair will take a lot longer that what I was being told on the phone? Does this part really need to be changed? Do I have any other options? Don’t accept any attempt at deflection of these basic questions. A qualified and honest plumber would have no problems answering them in layman’s terms, so be highly suspicious of an hesitation or a blatant unwillingness to do so.

Make Sure Your Home Is Respected

It’s not because the plumber is here to get you out of a potentially tough spot that you should accept anything. More specifically, a professional plumber knows that respecting his clients’ home is key. It starts by removing their shoes at the door and placing the toolbox within a reasonable perimeter around the spot in need of attention instead of walking around like they own the place. Sure, things could potentially get messy during the process, but a good plumber can be judged by the efforts he makes to ensure that your home doesn’t look like a battlefield after he left.

If the plumbing job you need to get done requires multiple work sessions, you should be extremely cautious about a plumber asking to be paid upfront in full. First, charging by the hour is a standard practice in this trade, and it’s hard to estimate so precisely a job that requires several days of work. Second, what’s the rush? Being in such a hurry to get paid could indicate that your plumber doesn’t think you’ll be impressed by his craft and is afraid that you’ll choose to give the rest of the job to someone else. Asking for something upfront is reasonable (up to half the estimated cost of the entire job), but demanding the whole amount before doing anything is a huge red flag.

Let’s hope that you don’t have to call a plumber (at least not for a repair) anytime soon, but when the time will come, remember these advices.

What To Consider When Choosing A Door Lock?

Are you feeling unsafe about your security system? Do you think your existing locks are not rig ...

Light Up Your Life (and Your House)

We all know that the perfect lighting is important, whether it is for taking the perfect pictur ...

Steps to Prepare Your Malaysia Home for Professional Carpet Cleaning