HomeDesignArchitectureModern Minimalist Design – A Home and an Art ... 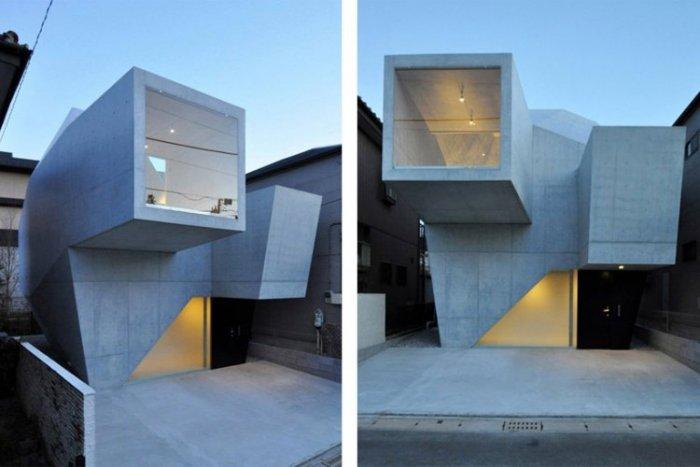 House in Abiko (Chiba prefecture, Japan) is the latest project of architect Shigero Fuse from the Tokyo-based studio Fuse-Atelier. The clear objective set by the owners – a young married couple, is creating a cement building which can function as an art gallery where designer furniture collections can be shown. This idea was taken up by the architect and he constructed a three-storey block of flats with varied interior and a large, open living area which gives the opportunity to arrange the items inside in various ways.

The future building will be constructed on a small piece of land with closely situated neighbouring structures -a view typical of the Japanese urban area. The building site is situated between two valleys and on soft sol so really solid foundations are needed. The architect finds the shape of the house impressive mostly because of practical considerations – in order to reduce the building area the upper part quickly turns into a console and the broken walls unnoticeably merge with the roof by means of soft unbroken structure. Two structures jut out from the facade facing the street and function as a roof over the main entrance and the garage below them. The front part of the bigger structure has a wide window which lets in a lot of day light which plays an important shaping role: “The reflection and refraction of natural light onto the slanted surfaces produce a sequence of places which make the interior feel divided, but at the same time connected”, says Fuse. The concept of the exterior is used inside the building as well with the central interior element – dynamic ceiling with broken lines which adds to the feeling of vertical space and makes up for the oppressive effect cement has. 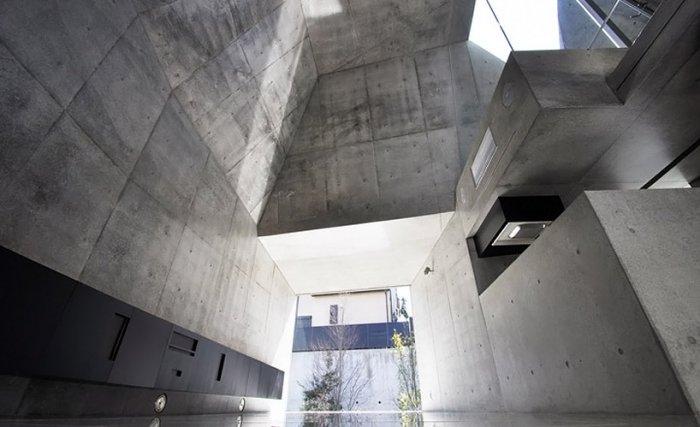 Inner view of the modern house in Abiko. 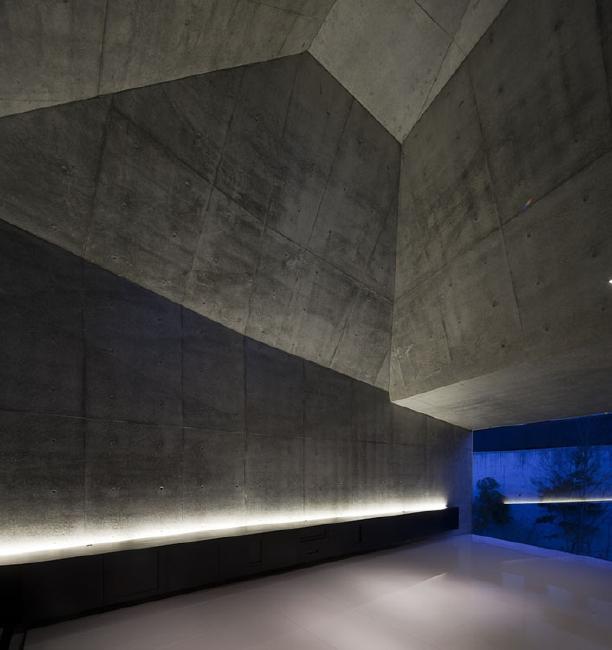 The interior of the house follows very strict and minimalistic shapes. 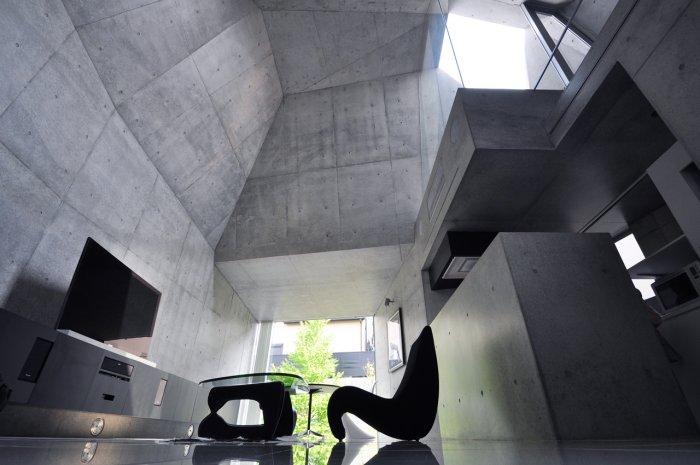 The living room is the place wheere you can spend your day time in a pleasant atmosphere. 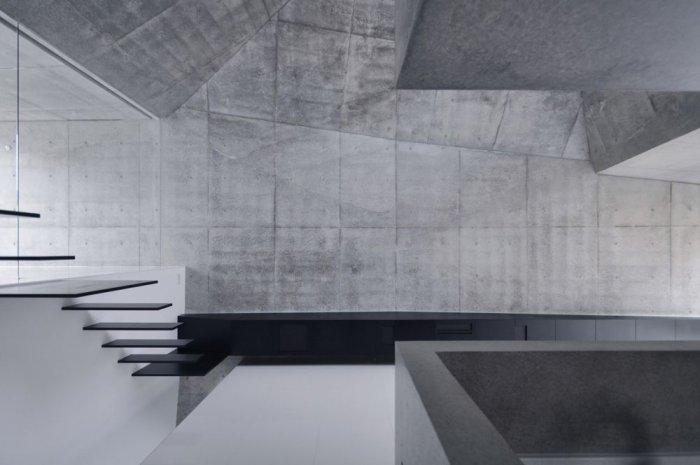 The staircase leads to the secong floor, where another room is situated. 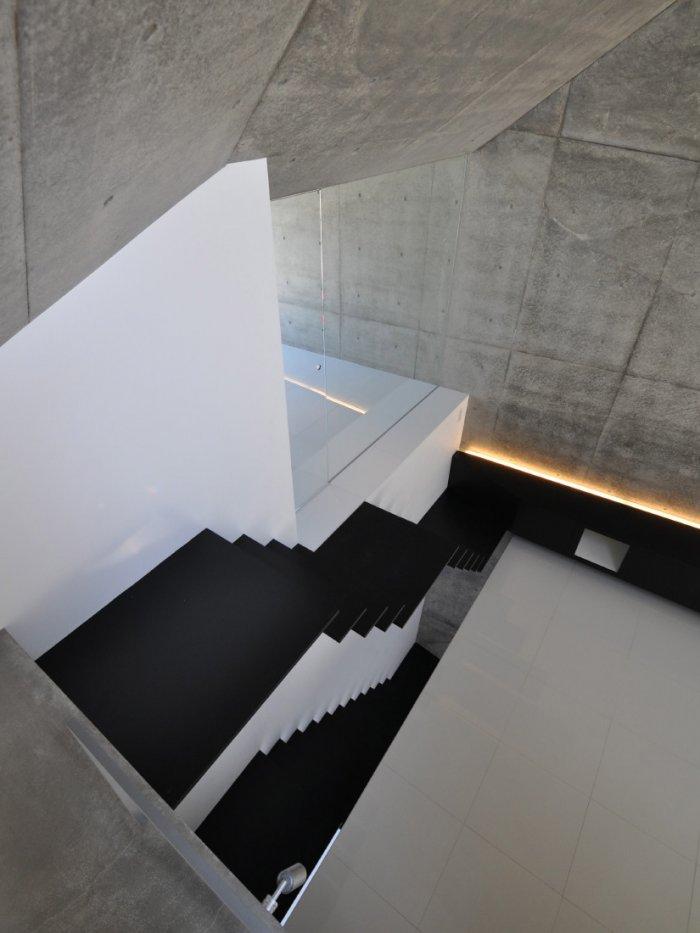 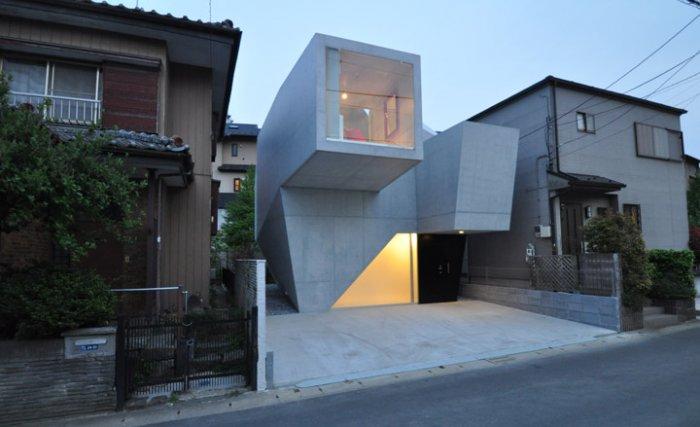 A view from ourside the building. Just a brilliant house! 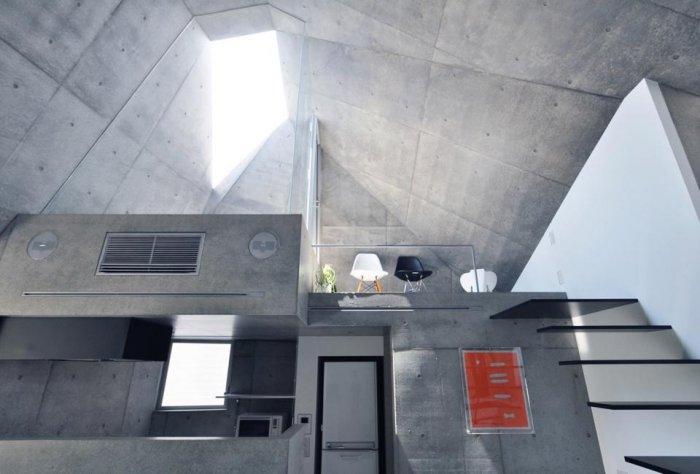