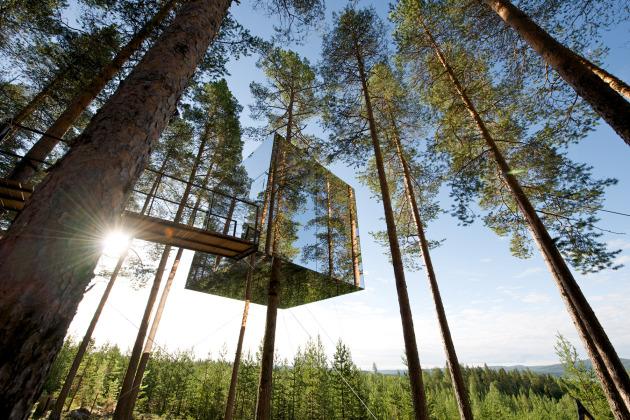 PERCHED ON A TREE

Tree Hotel offers its visitors not simply a close contact with nature, but actually becoming part of it. The hotel complex, situated in Sweden, some 60 km from the Arctic circle consists of seven completely different in exterior and style “hanging” tree houses. This unusual design, the peace and quiet and the romantic atmosphere make it a desired destination, thus stimulating its owners to constantly build new extensions. The idea about the unusual hotel belongs to Kent Lindvall and his partner in life Britta. They put their idea into practice in the forest near the Swedish village of Harad initially renting a small tree house in the region, which had been built as the setting for a documentary. The project, however, caught on and they carried on their initiative. In order to satisfy different tastes and understandings about aesthetics and comfort, each of the unusual buildings was designed by different studios such as Sandell & Sandberg, Interior Group AB, Cyren & Cyren, Inredningsgruppen, Tham & Videgard Architects, Marge Architects. 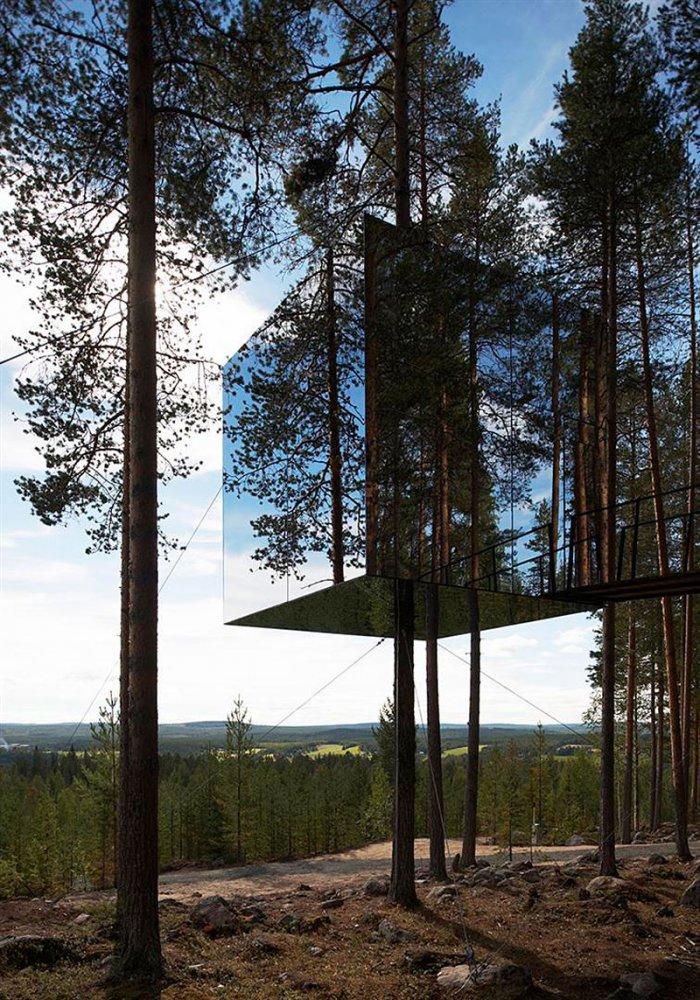 The hotel seems to be on the tree. 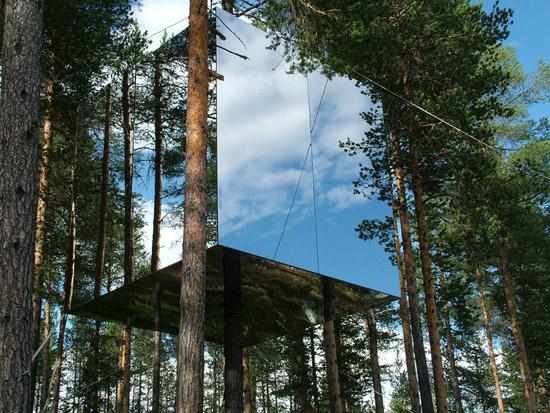 The creative concept for the hotel is simply astonishing.