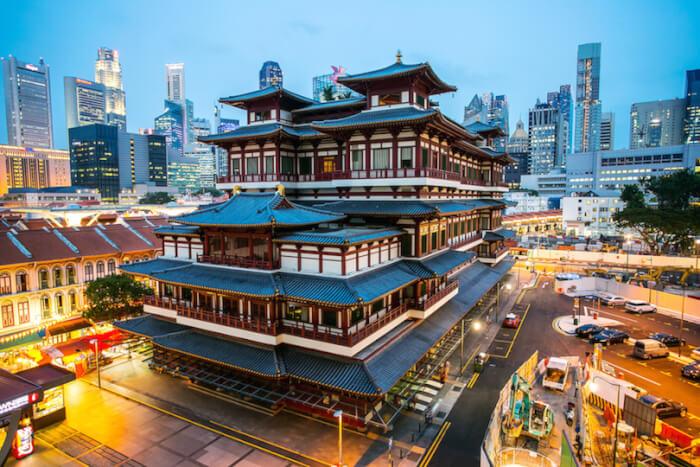 Being a business hub in Asia, Singapore is full of iconic architectural designs inspired by Singaporean culture with designs by various experts from different regions. According to One Visa agents, who help people to settle in Singapore, this country has a multitude of architectural landmarks. For this article, we will focus on ten of the most iconic ones.
Marina Bay
Perhaps this is the most well-known landmark which depicts Singapore all over the world. This project cost over $8 billion and consists of three-storey buildings, joined at the top by a sky park which has a pool, restaurants, and clubs. Visitors can also enjoy a great view of Singapore from the top.
Esplanade
It is also referred to as Theatres on the Bay. This is one of the biggest performing art centres in Singapore, with 60,000m2 of space. It has a modern theatre with state of the art facilities, a big hall and an open space for people to express different talents.
Thian Hock Keng Temple
Constructed in 1839 by Chinese immigrants, the temple still stands today as an icon in Singapore. The temple is dedicated it to Mazu, a Chinese sea goddess. Despite being a big temple, no nails were used in its construction. Fabric in the temple depicts Chinese settlers setting up a community in Singapore.
Pearl Bank Apartments
This is a residential block of building that houses over 1500 people. It became the first one of its kind when constructed in 1976. The brain behind its design is the Singaporean Tan Cheng Siong who is a renowned architect in Singapore.
Bishan Public Library
This internationally recognised library, awarded several architectural accolades, has cubicles protruding from the main building making it unique. The idea is to create private and quiet spaces for people who want to study in silence, and with the use of natural light.
OCBC Center
A distinctive feature of this building is its robust and compact look which makes it striking among other glassy, modern buildings. It has semi-circular concrete edges acting as the core of the building, and steel girders to make it more sturdy.
The Helix
This bridge connects Marina South to Marina Center. Apart from this functionality, the bridge is a piece of beauty. It is a double helix, which is the world’s first, spiralling all the way to the end, creating a beautiful walkway.
Supreme Court of Singapore
The Supreme Court of Singapore was designed and built by a British construction firm. The ninth floor is saucer-like and gives it an inimitable touch. Another distinguishing feature of the building is the liberal use of glass and marble.
Gardens by the Bay
The government has a plan to transform this into a garden in the city. Various activities open to the public are organized at this park. These gardens incorporate a cloud forest and a flower dome, both of which are award-winning structures.
Henderson Waves Bridge
Among the most beautiful modern architectural designs in Singapore, this magnificent bridge stands out. The wave connects ridges, hills, and forests in a stunning architectural bridge. This bridge was created by a British firm in conjunction with Singapore architects.