HomeDesignInterior DesignWhat Are Bed Bugs And Are They Harmful To Your Hea ... 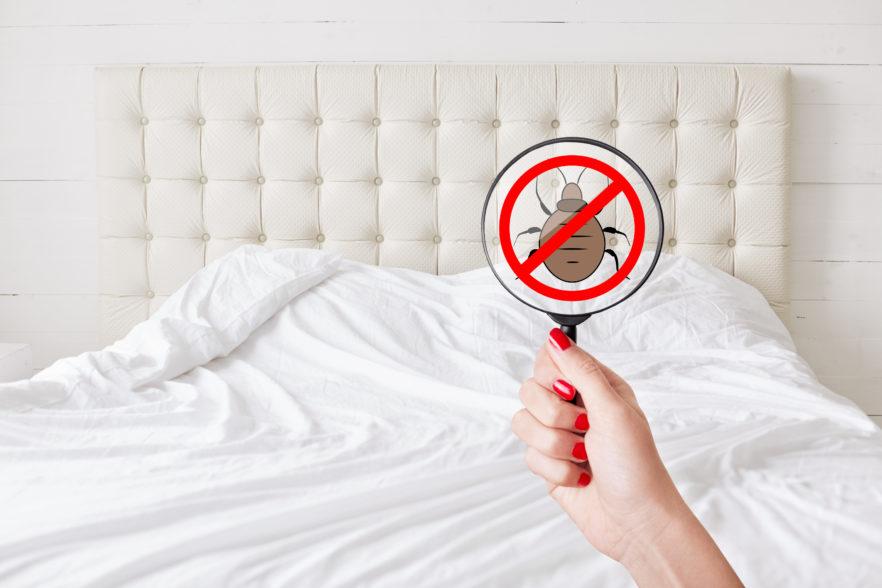 DDT (dichlorodiphenyltrichloroethane), the insecticide which was banned in the US in the ‘70s, almost drove bed bugs to extinction. However, recent reports have suggested an alarming increase in the numbers of these harmful pests, signaling a frightening revival.

Especially in the US, the prevalence of bedbugs is staggering. In fact, they’re the leading pest problem of the country, with 97% pest control professionals having involved in some sort of bed bug treatment in 2019.

If left unmonitored, bed bugs can become incredibly hard to eradicate and cause a slew of health problems, such as insomnia, mental and physical stress, and allergies.

Bedbugs are the size of a seed and have a small reddish-brown complexion. They inhabit and feed on the exposed skin of animals and humans. Their favorite hiding spots are box springs, bed frames, crevices inside beds, inner layers of a mattress, couches, used beds, and luggage.

Most people ask, “Can bed bugs crawl out of vacuums?” The answer is yes, it’s quite possible.

That’s why vacuuming is considered a supplementary solution to a bedbug problem and needs proper care to get the best results.

The incidence of bedbugs is generally high in place that entertains a lot of guests, such as shelters, hospitals, and hotels. Bed bugs can’t fly, but move briskly on ceilings and walls. They also have the reproductive capacity to lay hundreds of eggs in a single lifetime. These eggs are the size of a small disintegrated rice grain.

Immature bedbugs are called nymphs. They require a meal of blood to shed their skin and transition into the adult stage. If conditions are hospitable for their growth, they can mature into an adult bedbug within a month. 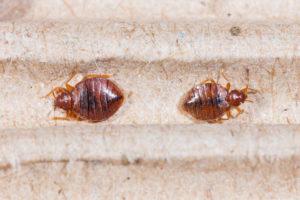 The bite of a bedbug releases certain chemicals that cause an allergic reaction. Victims can experience:

Sometimes, these reactions are serious and can lead to life-threatening conditions. According to the Centers for Disease Control and Prevention (CDC), ecthyma, and lymphangitis can both arise due to secondary skin infections resulting from bedbug bites.

Studies have shown that bed bugs can host a variety of parasites on their organisms. However, there’s no concrete scientific evidence to suggest that they can transmit these pathogens to humans.

In 2014, a study conducted by the University of Pennsylvania School of Medicine revealed that mice could infect bed bugs with the parasite Trypanosoma cruzi.

T. cruzi can lead to the development of a lethal medical condition known as Chagas disease. The research on whether or not this disease is transferrable to humans through bedbugs is still ongoing.

Even if bedbugs aren’t directly responsible for spreading disease, they can affect the mental health of some people.

The University of Montreal in Quebec, Canada conducted a study in 2012, which found that large populations of bedbugs made people susceptible to anxiety and caused insomnia. Even people with no history of an anxiety attack experienced the same symptoms.

Inadequate sleep is a grave threat to mental health.

In 2013, Canadian scientists reported a woman who had severe clinical depression that was further exacerbated by bedbug infestations. The result was that she committed suicide.

The most disconcerting fact about these pests is that they’re not seasonal. Pests don’t simply vanish until they’re properly taken care of. They can survive several months without a blood meal, waiting for their next prey in some dark hidden spot.

Anemia is a condition where you don’t have a healthy red blood cell count. This decreases your body’s capacity to distribute oxygen, causing exhaustion and weakness. Mostly, anemia is caused due to diminishing amount of blood.

The body has defensive mechanisms in place to replenish this loss. However, sometimes the loss is so significant that the body fails.

Bedbug-induced anemia is exceptionally rare, but its possibility can’t be completely ruled out.

A paper published in the Canadian Medical Association Journal reported an anemic man with a severe case of a bedbug infestation. He’d left the infestation untreated for a long time. His condition was so bad that when the paramedics brought him to the hospital, a physician reported seeing a bedbug moving over his nose. It is highly likely that he was bitten more than a thousand times.

Bedbugs are small critters that permanently reside inside the crevices of your furniture unless taken care of. They can cause serious harm—anxiety, depression, and insomnia—and make your life a living hell. Make sure you identify their presence and get the help of a professional pest treatment company to prevent damaging effects on your home and health.