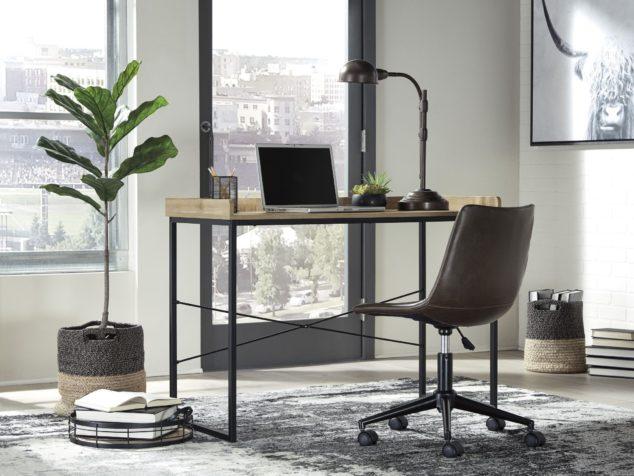 Today’s modern office setup is not the same one your grandparents or even your parents dealt with day in and day out. Back then, the office and conference room setup was all about comfort. But according to the Tampa Bay Times, the contemporary office setup is not a place for those who wish to recline while they work, especially with more and more energetic millennials entering into the workforce. From Shanghai to London, to New York to Houston, office furniture design has changed dramatically not over the past ten or fifteen years, but even the past five years alone.

Back in the ‘80s, ‘90s’ and even early 2000s, office workers sought out comfortable cushioned, ergonomically designed chairs. These often strange designs would find a worker kneeling at his or her desk, or even lying comfortably back. Another trend was replacing chairs with big inflatable balls which, in the end, were considered a bit dangerous especially if the worker had little sense of balance. These days are different, however. Now the standing desk is gaining prominence in the workplace.

In a nutshell, a standing desk offers you the ability to raise your desk up to a comfortable height that allows you to work without having to sit for hours at a time. It’s been said that sitting for long periods can be as detrimental on your body as smoking a pack of cigarettes a day.

Here are just a few advantages to the standing desk.

Says the Tampa Bay Times, the standing desk is not necessarily about comfort, but about your overall health. Numerous research studies have revealed that workers who lead more active lifestyles during the workday by standing rather than sitting at their desks, get relief from lower back pain, and feel more energized. Circulation is improved and that is good for long term heart health.

Simply by being upright rather than sitting and slouching, you become more productive. A study at the Texas A&M Health Science Center School of Public Health revealed that employees who utilized standing desks for six months were said to be nearly 50% more productive than the sitters. An incredible stat.

Why are standers more productive than sitters? Again, according to the A&M study, those workers who stood for at least part of the day showed improved cognitive performance. Individuals who are able to stand for prolonged periods, the study concluded, operate at higher productivity levels, than those individuals who are incapable of standing.

Working at standing desks is more natural than sitting

The standing desk is not just a fad or a trend. Or so says, Mark Benden, director of Texas A&M’s Ergonomics Center. The director, who was also one of the standing desk study’s authors, has stated that no conspiracy to do away with seated desks altogether exits. The human being was deigned to be moving around during the day. Humans are physical creatures who were not meant to be seated and static for prolonged periods of time. This body-in-motion theory is directly related to the near 50% increase in employee production.

Benden goes on to say that he was completely startled by the standing desk study’s results. In fact, he was so startled and surprised at the findings he requested the study’s lead researcher go back and recheck the data. Simply put, the Ergonomics Center research team had never before attained such a significant testing result. Plus, the patterns they recorded were said to be consistent. Standing Desk workers outperformed their seated coworkers again and again for six straight months.

A recent report in the Annals of Internal Medicine discovered that even employees who engage in rigorous exercise, run the risk of dying an early death due to sitting for long periods. That one statistic alone should be enough to get you up and out of your comfortable recliner. The research revealed that even maintaining a daily gym routine could still send you to an early grave if you spend most of the rest of the day sitting down at your desk.

You spend much of you day at work, whether it’s at home or inside an office building. If you feel that the desk and chair provided to you by your employer is not good for your overall health and productivity, by all means, request a standup desk. There are several models to choose from which are available at most modern office furniture stores. So what are you waiting for? Go to work knowing that you are not only being as productive as possible, you are also saving your life in the process.